The Israelis and Saudis: Unruly children

It's really a shame that America's two closest allies in the Middle East right now are constantly acting like spoiled brats and unruly children, shamelessly fighting over oil and land like some out-of-control two-year-olds fighting over birthday cake at a party.  http://news.antiwar.com/2016/11/13/saudis-deliberately-targeting-civilian-infrastructure-in-yemen-war/

It's unseemly.  And annoying.

Both the Saudis' and Israelis' constant rude and puerile behavior makes me want to grab them both by the scruff of their necks and give each of them a lengthy time out.  "Stop hitting Yemen," I want to scream at them.  "Stop trying to poke Palestine in the eye!"  Leave poor Iraq alone and stop trying to dunk Iran's head in the punch bowl.  http://972mag.com/times-up-state-announces-immediate-demolition-of-bedouin-village/123285/ 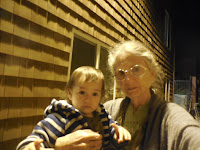 And as I watch these unruly Israeli and Saudi mini-me bullies throw birthday cake all over the yard, it also makes me want to grab their clueless parents in Washington DC by the scruff and send them off to a positive parenting class.  "Either get your children under control or go home and let the rest of us enjoy our cake in peace!" I want to scream at Mr. and Mrs. Beltway.  https://www.rt.com/op-edge/369721-us-weapons-wrong-hands/

Don't you just hate parents whose kids are bullies and brats and are allowed to run around unsupervised and out of control?  But then why should I not be surprised -- when these unruly children's parents are truly unpleasant people and brats and bullies as well.  http://moderndiplomacy.eu/index.php?option=com_k2&view=item&id=1996:the-current-phase-of-conflict-in-syria&Itemid=139

"Hey.  You.  Keep your hands off of Syria, Ukraine and Libya!" I also want to yell at the mom and the dad.  "Set a good example for your kids.  For Christ's sake, behave yourselves!"  https://healingjustice.wordpress.com/2015/03/10/how-us-aggression-in-ukraine-risks-nuclear-war/

Saudis and Israelis?  Little monsters!  None of us in our right minds will ever want to invite them to our parties again -- or invite their unruly parents either.  http://www.brasschecktv.com/videos/hidden-history/kill-anything-that-moves.html

PS:  Wanna know what else that these unruly parents are up to?  Trying to start World War 3 against China as well as Russia.  But guess what?  This is a really, truly bad idea.

According to journalist John Pilger, "In 2014, under the rubric of 'information dominance' – the jargon for media manipulation, or fake news, on which the Pentagon spends more than $4 billion – the Obama administration launched a propaganda campaign that cast China, the world’s greatest trading nation, as a threat to 'freedom of navigation'....

"There is a demented quality about this war mongering," Pilger continues.  "It is as if the 'American Century' -- proclaimed in 1941 by the American imperialist Henry Luce, owner of Time magazine -- has ended without notice and no one has had the courage to tell the emperor to take his guns and go home."  http://www.informationclearinghouse.info/article45963.htm

And yet no one has the courage to tell these troublemakers that the party is over either -- for the Saudis, for the Israelis, for the American war machine and, more than likely, for the entire human race as well.  http://www.globalresearch.ca/as-climate-disruption-advances-un-warns-the-future-is-happening-now/5523661

Stop Wall Street and War Street from destroying our world.   And while you're at it, please buy my books!  http://straitwellbooks.blogspot.com/2016/04/our-top-best-seller-right-now-is-bring.html
Posted by Jane Stillwater at 8:44 AM