Night on Bald Mountain: I actually went camping!
Two long painful weeks ago, my long-time Best Friend Forever suddenly died.  Keith's booster shot went terribly wrong, he immediately developed an excruciating headache that went on for months and then he died painfully from a blood clot to his brain.
I was devastated.  What could I possibly do to recover from all this grief?  I know.  I'll go commune with nature.  I'll go camping!
So there I was, all bundled up in two sleeping bags, six blankets, a down jacket, long underwear, knit cap, two sweaters and a hot water bottle, still freezing my arse off in the middle of nowhere, surrounded by trees and stars.  The nearest plumbing was ten miles away.  Crap.  https://www.youtube.com/watch?v=fkkVlYh0uic

In desperation I cried out to the trees and the stars, "How can just one small fragile being such as myself manage to stop the massive jack-booted and rough-shod march of powerful and evil men as they burst through the perimeters of my tiny and unprotected world?  Big Pharma is happily murdering our best friends for fun and profit, Big Tech is leaving us in lonely and vulnerable isolation, war mongers are causing climate catastrophes that we may never recover from and financial confidence men are plotting unspeakable things for our bank accounts and supply chains."
The trees and the stars just laughed at my naiveté.  "The arc of the moral universe is long but it bends toward justice," they reminded me.  "And we stars and trees have all the time in the world to wait for justice to be done.  We've been here long before evil men walked the earth and we will be here long afterward.  Just leave it to us.  We got this."
Great.  Fine.  But how does this long moral arc toward justice help all us poor helpless schmucks in the human world right now?  And also.  Will I ever be warm again! 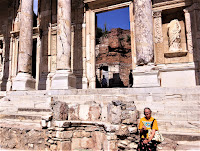 In the end, my camping trip really did help me.  The sun also rose.  I was vaguely cheered.  And then there was hot tea to be had down in Shasta City.  Rooibos tea.  That also helped.

But I still sorely miss our Keith, one of the truly good men on this earth.  But Keith has also taught me something else -- that our world is not just populated with Evil Globalist Bastards and their marks.  There are also good men and women out there in this world too.

Keith wasn't the only one getting headaches and blood clots after receiving the jabs.  Sadly, not by a long shot.  According to Google, excess severe headaches, blood clots, myocarditis, miscarriages and SADS have become national upward trends since Americans started getting injected.  https://www.globalresearch.ca/if-vaccines-safe-how-they-explain-these-google-results/5784269

Are we actually being brainwashed into taking these potentially-fatal drugs?  Sure, why not.  There's money to be made.  https://thehighwire.com/videos/mattias-desmet-the-psychology-of-totalitarianism/

"Now you understand how a dead bat sold in a wet market in China has infected the whole planet!  There's money to be made."

Then there's all that creepy stuff that the Federal Reserve is up to:  https://www.youtube.com/watch?v=h5Jp7GGn4U8

Stop Wall Street, War Street, Big Pharma and Big Tech from destroying our world.   And while you're at it, please buy my books.  https://www.amazon.com/Jane-Stillwater/e/B00IW6O1RM
Posted by Jane Stillwater

Day 817:  What? We've been locked down that long?!?
Congratulations.  We've finally arrived at Day 817 of this interminable lock-down.  "But we are no longer locked down!" sez you.  Then why are we still wearing that mask, still carrying that proof-of-vaccination card with us at all times, still huddled in fear of our neighbors and still getting a booster every few months? 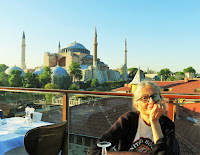 And speaking of boosters, why are we still being vaccinated for the Wuhan strain when that strain's been inactive for over two years now?  Why are we still being boostered for the Wuhan strain while our symptoms are now in the Omicron and BA.4-5 phases?  Plus recent studies show that we are 20% more likely to get these new variants if our poor sweet immune systems are still all geared up to fight Wuhan and are now totally clueless about how to fight these new variants?  Keep up, guys.
And why have we spent almost a trillion dollars on a Wuhan vaccine but then get all surprised when we still get sick with Omicron or the currently-popular BA.4-BA.5 strains?  Or else we live in denial and tell all our friends, "Hey, it's just a cold.  It couldn't be COV$D.  I've been vaccinated!"
And not only that but there is now a new thing called "viral reactivation" wherein for the first time in history, vaccinated people can get COV$D again and again and again -- not just a one-and-done.  Plus this new B-5 variant is now be called "a variant of the boostered".
Welcome to Day 817.
PS:  If everyone in America had been injected with Vitamin D instead of with Remdesivir, Pfizer and friends, COV$D would have simply gone the way of swine flu and H3N2.  And over a million Americans wouldn't be dead.  And we never would have known about myocarditis, Bell's palsy and SADS.  https://openvaers.com/covid-data
Resources:
Money to be made! https://rumble.com/v17omi3-cv19-vax-deadliest-fraud-in-history-edward-dowd.html
With a 100% vaccinated population, Portugal is now struggling with the BA.5 variant.  Good luck, Portugal.  https://igorchudov.substack.com/p/ba5-is-a-variant-for-boosted-people?s=r 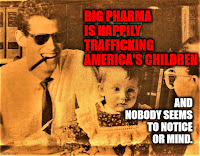 American vaccine-injury courts are being overwhelmed after Big Pharma received a get-out-of-jail-free pass from our regular courts:  https://thehighwire.com/videos/covid-vaccine-injuries-overwhelm-courts/

Stop Wall Street, War Street, Big Pharma and Big Tech from destroying our world.   And while you're at it, please buy my books.  https://www.amazon.com/Jane-Stillwater/e/B00IW6O1RM
Posted by Jane Stillwater