I'm still fondly remembering my trip to Disneyland last week, and how everyone there was completely unified by only one goal (or maybe two): To see how many rides they could go on in one day and how to have the most fun.  http://jpstillwater.blogspot.com/2016/11/disneyland-ultimate-american-melting.html 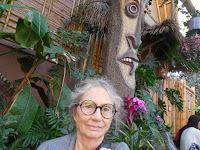 America should be so lucky as to be this united with regard to political goals as well.  Politically, Americans are clearly divided along the lines of Red States and Blue States these days.  But there is also a third state in American politics that's never mentioned (except perhaps by those of us being described by the Washington Post as writing "fake news").  And the third state that I'm talking about here is the Deep State.  http://dissidentvoice.org/2016/11/nothing-important-happened-in-syria-on-tuesday-nov-29/

But what is different from past American presidential elections (or selections -- in the case of George W. Bush) with regard to the 2016 presidential election is that for the first time since perhaps Truman the Deep State seems to be divided within itself too.  Most of Wall Street and War Street appear to be Clinton cheerleaders -- while the rest of Wall Street and War Street seem to want Trump.

"We like everything Trump's doing," they complain, "but he's just doing it too soon!  America isn't quite ready for our brand of all-out fascism quite yet.  They still need a few years to be programmed and trained."  Or else beat into submission.  "Clinton has the kinder and gentler touch."

Make up your mind, guys!

But when the Deep State finally does reach an agreement within its ranks, then the rest of us will get whoever it is that they finally decide on -- not who us mere voters seem to want or not want.

Should they support the recount for Clinton, making sure that it goes her way?  Or should they wholeheartedly embrace president-elect Trump?  Or are they suffering from buyer's remorse?  Apparently so.  "We do love Trump, but we just can't seem to let go of Clinton either," they mumble to themselves.  It's almost like being on "The Bachelor" -- getting down to the last two girls but still not being able to decide which sweetheart is gonna actually get The Rose.  http://www.informationclearinghouse.info/article45935.htm

Stop Wall Street and War Street from destroying our world.   And while you're at it, please buy my books!  http://straitwellbooks.blogspot.com/2016/04/our-top-best-seller-right-now-is-bring.html
Posted by Jane Stillwater at 9:10 AM