We lost trillions of dollars to war contractors who spent most of that money on caviar and call girls, fashion statements and Ferraris.   That makes us losers.

And it was you and me who lost the 2016 presidential election.  Wall Street and War Street won that one hands down.  The bankers are now Stronger Together than ever -- and we obviously made war mongers Great Again.

We lost our homes, our jobs, our schools and our chances for a college education.

We lost our grandchildren's chances to avoid living in a dangerously-polluted world and/or inside of a cardboard box.

As the American war machine's investment in ISIS began to go south and it began to see its stock plummet as Syria's Assad fought back, suddenly the mainstream media began to crank out Fake News even faster than ever.  Inevitably their stock in false propaganda began to soar in direct inverse proportion to the America/ISIS/al Qaeda coalition's loses in real life.    http://21stcenturywire.com/2016/12/16/reports-at-least-10-nato-military-officers-captured-by-syrian-special-forces-this-morning-in-east-aleppo-bunker/

As America/ISIS began to lose more and more face in Syria, then more and more lies came pouring out over our heads -- such as the so-called "Massacre in Aleppo".  Really?  Do these war-hogs have any shame at all?  Apparently not.  And you and I have become 2016's biggest losers in 2016 because the MSM has clearly beheaded The Truth.  http://21stcenturywire.com/2016/12/16/aleppo-the-reality-on-the-ground-defies-corporate-media-distortion/ 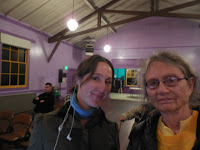 PS:  I went to hear journalist Eva Bartlett speak recently.  She had just got back from Aleppo.  Not from Beirut.  Not from the Beltway.  Not from the offices of the New York Times.  From Aleppo itself.  And with her own eyes she saw the grisly work of the ISIS/al Qaeda terrorists who have been funded and weaponized by the usual suspects -- America, Turkey, Saudi Arabia, Israel, etc.  It was refreshing to hear the truth for a change.  Thank you Eva.