Zionist bullies: Congress is terrified of them -- and I am too!

Back in the day, a Zionist used to be someone who thought that creating a Jewish state in Palestine (or elsewhere) might be a really good idea.  http://www.palestinechronicle.com/the-anti-semitism-fallacy-lets-focus-on-palestinians/

Israeli and American Zionists today, however, are a whole different kettle of fish.  Hell, you can't even describe them as Jewish any more (sure, they still wear yarmulkes -- but only to show off).  The Jewish prophet Micah, world-renowned for his intense love of Justice, must be rolling over in his grave right now.  And as for Moses, the very first Jew to use a stone to Tweet "Thou shalt not kill or steal"?  After watching Dayan, Sharon, Netanyahu and all those treasonous dual-citizenship Zionists in Washington take the Lord's name in vain again and again (and again), our Moses must be seriously pissed off.

I myself have been bullied by modern-day Zionists and, trust me, it is definitely not a Jewish thing that they do.  Emphatically not a mitzvah. 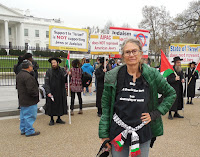 For instance, in the past year alone, Zionists have libeled me extensively on the internet, slandered me in person, posted obscenities on my FB page, arranged for me to be denied entry into occupied Palestine, tried to get my landlord to evict me, manhandled me painfully, wrongfully accused me of practicing law without a license (I'm a notary public), accused me of being too old (!) and even falsely reported me for tax evasion -- simply because I went on FaceBook and protested injustices in Palestine.  https://jpstillwater.blogspot.com/2017/09/grilled-my-experience-at-israeli-border.html

But all the terrible bullying and stalking that I've listed above is just one small account of what has happened to only me alone, just one of over 300 million Americans, just a grandmother, a retiree -- basically a nobody with hardly no influence at all.  Even my own children don't listen to me!

And if Zionists take all this trouble to do all these terrible things to just little old me, then you can probably imagine what kind of hard-core gangsta leans they must be putting on people who actually do have any influence -- such as our members of Congress, our judges, our generals, our governors and even our presidents:

Actually, our entire American government at every single level seems to be terrified of Zionists -- and with very good reason.  Government representatives all know for sure that unless they chose Zionists' and Israeli neo-colonialists' best interests over choosing what is best for America, then they will never get re-elected.  But our government guys aren't the only ones who are terrified of Zionists.

College professors are terrified of saying anything against Zionists, scared out of their wits that they might become the next Denis Rancourt or Norman Finkelstein -- both fired for speaking out against the brutal and illegal occupation of Palestine.  https://dissidentvoice.org/2017/09/cause-of-usa-meltdown-and-collapse-of-civil-rights/

Victims of Hurricane Harvey are scared out of their wits that if they don't sign an agreement to make Israeli Zionists their new BFFs, then they won't get any government aid.  https://www.youtube.com/watch?v=zPZS0R8neuM

The American media is scared out of its wits to print anything even remotely truthful about how much influence Zionists have had in orchestrating the ghoulish slaughter of folks in Yemen, Libya, Syria, Gaza, Iraq, Iran, etc.  Instead, our ultra-bullied media only talks about Russia's imaginary influence here -- with no mention at all of Israeli Zionists' death-grip on America's political balls.  That's just crazy.  I've never had to worry about any Russians threatening Congress, sinking the USS Liberty, trying to get me evicted or chasing me down the street.  http://theduran.com/confirmed-edward-snowden-us-saudi-coordinated-barbaric-terrorist-attacks-syria/
And all the rest of us Americans are scared out of our wits too, especially when we recite the Pledge of Allegiance -- scared that we will be accused of being anti-Semitic if we support American interests over the interests of Zionists.  "Never take a knee against Israel," we have all learned the hard way.  https://www.youtube.com/watch?v=Vj_klXJoGZM

So far, American taxpayers have spent approximately eleven trillion dollars trying to support the hot mess that Zionists have created in the Middle East -- so far.  Now that's scary!

We Americans get all up-in-arms when our children are bullied at school, right?  And yet when Zionists bully our senators and judges and presidents, Americans don't even seem to notice -- let alone care.

PS:  How come Mueller didn't indict Netanyahu too?  Or that guy who owns all those casinos in Vegas and Macao?  Or any one of those PNAC traitors in DC who drooled over the mere thought of having a "new Peal Harbor" and practically danced the Hora on 9-11?  Or just about anyone in AIPAC.  Or both Bush conspirators or the Clintons or Obama or Trump.  C'mon, Mueller.  Dig a little deeper here.  Make the prophet Micah proud. http://original.antiwar.com/justin/2012/01/24/adelson-gingrich-and-the-selling-of-america/