"13 Reasons Why": Suicide by propaganda

I'm so full of gloom and doom these days that nobody even invites me to parties any more and most of my out-going e-mails end up in the spam box.  Relatives avoid me during holidays and I don't even like to spend time with my own self.

Still and all, there really is a hecka lot of stuff to be sad and gloomy about these days.  I myself can easily think of at least 13 reasons why things are rapidly going to Hell in a hand-basket around here -- and yet even despite of all this, I am constantly being told again and again that all my clearly-obvious reasons for running screaming into the night are actually good things that are all making the world a better place.

Yes, Big Pharma keeps selling us dangerous snake-oil medications that do us more harm than good -- yet we're still afraid to stop taking them because Big Pharma will get all pissed off at us if we do.  And we're also afraid to complain about all our constant super-saturation by propaganda commercials on TV for medicine that we really don't need.  And 225,000 Americans die each year from iatrogenic diseases -- diseases caused by medical treatment.  "Relax!" Big Pharma tells us.  "These pills are good for you!"  Except for the deadly side effects of course.

And, yes, recent dramatic changes in our climate really are going to kill us -- despite what oil-baron propaganda keeps preaching to us night and day.  And "war" is the number-one cause of adverse climate change too.  All the various weapons that America sells to the Saudis, rains down on Syria, Iraq, Yemen, Afghanistan, Gaza, etc. and uses to attack Americans in our very own cities will eventually come back and bite us in the butt in the form of floods and wildfires and droughts. So much fun!  http://www.yemenpress.org/yemen/achievements-of-the-security-forces-and-the-committees-during-the-past-12-hours.html

And, yes, the CIA really did assassinate John Kennedy, blow up the Twin Towers and embroil us in endless and unnecessary "war" in the Middle East -- even though we are bombarded daily (still!) with propaganda telling us otherwise.  https://ahtribune.com/politics/1980-mek-ncri.html

And, yes, 17 million people in Yemen really are being systematically starved to death by America and the House of Saud -- no matter what NYT propaganda tells us to the contrary.  Remember when Haile Selassie begged the League of Nations to save his country from genocide by fascists back in 1936?  And we all stood back and did nothing?  It's like that.  https://medium.com/@GeopoliticsAlert/yemenis-sit-between-the-hammer-and-anvil-of-us-backed-saudi-siege-and-airstrikes-cc5f4ec32e34

And, yes, the German people were brainwashed by Nazi propaganda -- and look where that got them.  Then look where it's getting us.

And, yes, America spends far more money on nuclear weapons than it does on repairing our infrastructure and educating our kids.  I think that the dollar-to-dollar ratio is approximately 20 to one.  Plus radiation and a decaying infrastructure will kill us.  Education won't.  But propagandists keep whispering into our ear, "Nuclear war is a good thing."

And, yes, during the 2016 presidential election we really did have a choice between a war-mongering fascist and a racist fascist, either one of which would be deadly to us.  Hard to decide which one was worse.  So the military-industrial complex decided for us -- and then came up with a whole bunch of propaganda to make us feel better about having their choices shoved down our throats.

And, yes, America really did create and weaponize the Taliban, ISIS and al Qaeda.  Get over it.  The terrorist who blows you up tomorrow is being sponsored by the propagandist who created him today.  https://www.facebook.com/jane.stillwater/posts/10154696691996618

And, yes, Israeli and Saudi neo-cons really do influence US elections -- and have been doing so for decades, much to our own detriment.  Russia influencing our elections?  Not so much.  Even though propaganda would have us believe the opposite.

And, yes, RT America does tell us the truth.  And, no, CNN, Fox News and the New York Times do not.  But you gotta give American media snaps for being the best propagandists since Goebbels.  https://www.reuters.com/article/us-mideast-crisis-syria-russia-usa/russia-says-u-s-providing-cover-for-islamic-state-in-syria-idUSKBN1DE17E 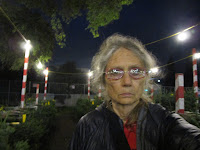 And, yes, women in America are being treated like dirt.  And yet somehow propaganda tries really hard to make us ladies feel good about being treated like dirt.  And the same is true if you are an immigrant, a person of color or gay.  Everyone is (rightfully) getting on Harvey Weinstein's case these days but how come nobody is calling out all those woman-haters who virtuously claim that they are only being "pro-life" -- as our own life-blood ebbs away.

And, yes, Monsanto is killing off all the bees -- and us too.  But a propaganda smiley-face makes us all feel better about that.

And, yes, Syria's President Assad is actually a good guy.  And Russia's President Putin is too.  Who knew?  Besides the gigantic propaganda machine that lies to us daily, that is.  https://www.barnesandnoble.com/w/creating-russophobia-guy-mettan/1125809152

And, yes, millions of Americans really are homeless -- and yet a small handful of Americans own all kinds of mansions, summer houses, penthouses, beach houses, ranches in Montana and whatever (and don't pay taxes on any of them either).  Propagandists tell us that this is the "American Way".  No it's not.  https://www.truthdig.com/articles/puerto-rico-ethnic-cleansed-super-rich/

Bottom line?  America is slowly but surely committing suicide -- suicide by corporate propaganda and lies.  No wonder I never get invited to parties.  Who the freak wants to hear that?  http://evergreenedigest.org/content/consolidation-media-and-finance-why-media-are-lying-you

But wanna know what else is really sad about all this?  After the entire human race is dead and buried, no one is going be left alive to make a Netflix "13 Reasons Why" series about us.