"Anything Trump can do, Netanyahu can do better..."

Remember that old song, "Anything you can do, I can do better"?  https://www.youtube.com/watch?v=WO23WBji_Z0  Well, it's time to give it a more modern twist and bring it up to date.  Apologies to Irving Berlin.  Here's a more contemporary version:

Any "war" Trump can try to start, Netanyahu has already started one (or five) better.  https://www.npr.org/sections/parallels/2017/12/01/566798632/under-trump-u-s-troops-in-war-zones-are-on-the-rise?utm_source=npr_newsletter&utm_medium=email&utm_content=20171203&utm_campaign&utm_term

Any lie Trump can tell, Netanyahu can prevaricate better.

Anything corrupt stuff Trump can do, Netanyahu can be corrupter.  https://www.telesurtv.net/english/news/-20000-Israelis-Demonstrated-Against-Government-Corruption-Netanyahu-20171203-0005.html#cxrecs_s

Any bullying of journalists Trump can do, Netanyahu can bully the press better -- although you gotta admit that Trump is hecka better at Twitter.

Any neo-con undemocratic elitist fascist racist greedy thing Trump can do, Netanyahu can do way better (only don't use the F-word with Bibi or you'll be accused of being anti-Semitic).  https://ratical.org/ratville/CAH/fasci14chars.html

Any influencing of U.S. elections Trump can do, Netanyahu can influence them better.  https://www.thenation.com/article/the-trump-team-definitely-colluded-with-a-foreign-power-just-not-the-one-you-think/

Any clandestine support for ISIS and al Qaeda that Trump can do, Netanyahu can do far better (and more clandestinely too!)  https://www.globalresearch.ca/israel-supports-isis/5492807

Any womanizing Trump can do, Netanyahu has already done it -- they both cheated on their first wives.  I seriously doubt, however, that their third wives ever let them out of the house alone any more. 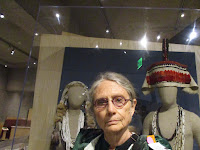 Any religious hypocrisy Trump can do, Netanyahu can (and does) do better.  Not since Roman times has Judaism been used to such an elaborate extent as a flaming-hot excuse to commit grand larceny.  Trump's use of Christianity to line his own pockets pretty much fades in comparison.  http://www.nytimes.com/2013/08/06/books/reza-aslans-zealot-the-life-and-times-of-jesus-of-nazareth.html

Any moving of the Israeli capital to Jerusalem that Trump can do, Netanyahu has already done better (by moving the capital of America to Tel Aviv of course).

Any oil pipeline spill on native land or other ecological disaster Trump can create, Netanyahu has already gone there.  http://www.natureisrael.org/News/Israel-s-Worst-Ever-Ecological-Disaste

Any Wall that Trump can build, Netanyahu already built one better (and one that's even more of a waste of American taxpayers' money).

So.  What's my moral here?  That if you like The Donald at all, then you are really gonna love The Bibi.

But if you hate Trump (and also Ronnie Popular, Tricky Dick and the Bush Brothers) for the mess he's created, then perhaps you should avoid Netanyahu altogether in order to keep your blood pressure down.

"But if Netanyahu is so much better than Trump in so many ways," you might ask, "then perhaps America should just put Bibi in the White House instead?"  Oops, too late.  America already does have Netanyahu in the White House.  My bad.  https://www.strategic-culture.org/news/2017/12/04/mueller-names-trump-foreign-colluding-power-israel.html