You better watch out: Santa's list of injustices is really long this year

Up at the North Pole, not much is going on right now.  Even the elves are on strike.  "Looks like nobody's going to get any toys this year," Santa says with a frown.  And he's not even baking chocolate-chip cookies either.  It's that bad.  What's up, Santa?  "Everyone has been super-naughty during 2018 -- and not just only the kids.  I'm disgusted."

1.  First off, there's always Palestine -- still a gigantic festering wound of injustice that's landed Israel on the Naughty List continuously for the past 70 miserable years.  It's a good thing that Netanyahu doesn't believe in Santa because all he's gonna get in his stocking this year is coal, phish and spam.  Santa doesn't care what religion Bibi pretends to represent.  After the horrors of Jenin and the horrors of Gaza?  Netanyahu has proved time and again that he honors no religion at all -- except possibly for the worship of Mammon.  "Don't mess with The Claus!"  https://caitlinjohnstone.com/2018/12/09/the-largest-conspiracy-theory-peddlers-are-msm-and-the-us-state-department/

2.  Next there are all those stolen American elections.  You evil vote-stealers are not getting on the "Nice" list this year!  O'Rourke shoulda won in Texas.  Abrams shoulda won in Georgia.  Gillum shoulda won in Florida.  Hell, even Gore, Kerry and Bernie Sanders shoulda won the freaking White House.  And Israel and the Saudis had their hands in the electoral cookie jar too.  But who, exactly, can Santa appeal to?  The Supreme Court?  Don't make him laugh.  Move along, folks, no bowl full of jelly here.  There is nothing "Nice" going on at the Supreme Court.  In America, the Rule of Law is pretty much screwed.  https://jpstillwater.blogspot.com/2018/11/ted-cruz-election-fraud-leopards-dont.html

3.  Syria, Yemen, Iraq, Lebanon, Afghanistan, Libya and Bethlehem?  No wise men on camels will be involved there.  And no one will be dropping down any chimneys in the Middle East either -- because there are hardly any chimneys left over there to drop down in, thanks to Lockheed-Martin, Exxon and BlackRock.  So the Pentagon, the CIA, Congress and the White House will get no visit from Rudolph this year.  https://www.globalresearch.ca/us-has-killed-more-than-20-million-people-in-37-victim-nations-since-world-war-ii/5492051

4.  Latin America, Africa and Asia?  The injustices committed here are way beyond "Naughty".  Santa is extremely unhappy about this -- and so is his Boss.  "Jesus Christ!"  https://theintercept.com/2018/12/01/u-s-military-says-it-has-a-light-footprint-in-africa-these-documents-show-a-vast-network-of-bases/

5.  Up at Standing Rock and Pine Ridge and down in Tijuana, Tomillo and the Amazon -- everyone gets toys.  Leonard Peltier will be getting a bright shiny fire truck to warm up his cold prison cell.  Big Oil, Big Polluters, Big Pharma and Big Banksters get nothing.  It is better to give than to steal.  https://www.facebook.com/groups/2168963039841348/ 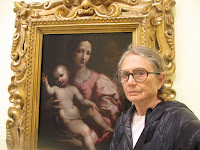 6.  And then there are all the American homeless, all the American children living in cars, all the American slaves of the prison-industrial complex, all the American victims of hurricanes, wildfires and other climate catastrophes -- and all of America's many other society castoffs.  Black lives really do matter.  "Harrumph," says Santa.  "There's no excuse for those corporate bastards to be all this naughty when there is clearly more than enough food, clothing, jobs, shelter and toys to go around in order to protect, nurture and love every single person in America -- and even in this whole world."  Not only just that child in the manger.

Santa is truly pissed off this year.

You should be too.