Hey, Mueller! Look over THERE!

Election theft is on the rise in America, that's for sure.  But Robert Mueller is definitely looking in all the wrong places.  "Psst, Bob...." 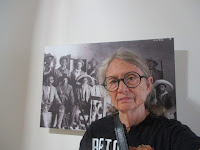 How come Mueller never seems to notice all those huge vote thefts in Florida, Georgia, Ohio and Texas?  Most Americans know who stole them (or at least we should know).  And the villains, idiots, creeps and greedy bastards elected as a result of all this vote theft clearly in favor of Republicans (GWB for instance and Trump...)?  They have cost Americans approximately twenty-one trillion dollars -- so far.  Betcha Putin never had his hand shoved that far into the American cookie jar.  https://jpstillwater.blogspot.com/2018/11/ted-cruz-election-fraud-leopards-dont.html

Then there's the Saudis.  "Hey, Mueller, lookie here."  The Saudis are absolutely rolling in moola.  And they spend their money wisely -- buying America out.  Trump knows this, Robert.  And so did Reagan both Bushes, Obama and both Clintons too.  So why don't you?
https://www.commonspace.scot/articles/13535/analysis-glasgow-berlin-how-strikes-mutinies-and-revolutions-ended-ww1

And of course we all love to hate Putin.  But seriously?  Who is the real election thief here (besides of course Anton Scalia)?  Why it's Trump's new BFF, Bibi Netanyahu.  "Mueller, why aren't you going after him?"  Why indeed.  http://jpstillwater.blogspot.com/2017/04/aipac-americas-christian-right.html