I live in the San Francisco Bay Area, where the economy is definitely booming.  But outside of the Bay Area?  Not so much.

I'm currently in Reno at a book convention, trying to flog my latest detective novel -- and I am also detecting something else here as well.  From what I can tell after just a few days' stakeout, many residents in the "Biggest Little City in the World" are clearly hurting for money and jobs -- just like so many other folks in America today.  https://www.amazon.com/Road-Trip-Damascus-Jane-Stillwater/dp/1548204730

But how can this be?  How can the richest country in the world have fallen so low?

The answer is simple.  "Judas in the White House" -- or three of them, to be exact. 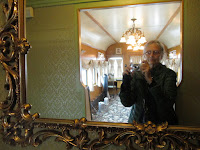 When all the votes were counted (or not) after the 2000 presidential election, American voters had given a clear mandate that we wanted to go in a people-friendly direction and away from all this nonsense about "war".  People voted for Gore.  People voted for Nader.  We shoulda gotten ecology and a fat peace dividend back in 2000.  Instead we got George W. Bush shoved down our throats.  And 9-11.  And all its shabby results.  Judas in the White House.

And then along came Obama.  We voters gave him a clear mandate too -- we wanted it our way, jobs and peace.  Instead we got even more merciless slaughter in Iraq and Afghanistan shoved down our throats.  Plus the horrors of additional "wars" and proxy wars in Libya, Syria, Yemen, Palestine and Ukraine too.  Pathetic.  http://www.syriasolidaritymovement.org/2018/03/27/ssm-statement-on-the-liberation-of-eastern-ghouta/

At the Reno convention this week, a handwriting analyst, Sheila Lowe, gave a very interesting talk.  She said, "Obama's handwriting shows that he was a great leader -- but was under intense pressure to do things against his will".  But, all the same, he still did them anyway.  Humph.  Judas in the White House.  http://www.claudiaroseseries.com/SheilaLoweBooks/books/

And then there's Trump.  "Make America great again," he told his naive voters.  And then he sold America out for 30 pieces of Wall Street and War Street.  America now has more gun-toting Special Ops units in more countries worldwide than it has ambassadors.  That's just cray-cray.  Not to mention Trump's new BFFs, the slaughtering Saudis and infamous Israelis.  Judas in the White House. https://jpstillwater.blogspot.com/2018/04/a-good-friday-bloodbath-gazas-selma.html

PS:  Bush, Obama and Trump aren't the only presidents who sold Americans out in order to keep the military-industrial complex happily lining their pockets with silver to the severe detriment for the rest of us.  This has been an ongoing trend that only presidents Kennedy and Carter have even tried to buck.

President Wilson:  Got us involved in grim European military-industrial battles that were none of our business.

President Roosevelt:  World War II was allegedly fought to preserve democracy against fascism [Fascism defined as governments and corporations working together to screw the rest of us] but actually it was fought because Hitler and Tojo got too greedy and started horning in on America's and Britain's military-industrial complex swag.

President Truman:  Proof is only just now surfacing that Korea was originally attacked by America because the Korean government was apparently becoming too nice to its own people and too representational -- a very bad example to set.   So Truman authorized dropping 1.5 million bombs on Korea, tearing the country apart and installing a cruel dictator in the south instead. https://jpstillwater.blogspot.com/2008/09/my-trip-to-north-korea-pictures-worth.html

President Eisenhower:  Allowed covert operations against Iran, Congo and various Central American countries because their leaders were becoming a bit too democratic and actually setting up unions, hospitals and schools.  Clapped his hands in glee that a brutal dictator was our ally in Taiwan.

President Johnson:  Had a good thing going with the Great Society but lied us into the "war" on Vietnam instead because Uncle Ho was becoming too democratic.  Johnson also conspicuously looked the other way when Israeli neo-cons murdered 34 American sailors aboard the USS Liberty.

President Nixon:  Lied to us in order to continue the "war" on Vietnam just because he could -- and to help the US military-industrial complex continue to gut our treasury too.

Reagan:  Mr. Judas himself.  All it took was 30 pieces of silver to get him to murder thousands of Mayans, crucify Central America -- and destroy the American economy as well.  Trickle down?  More like Trickle Up.

President Bush the First:  Invented that phony Gulf "War" in order to steal Iraq's oil for himself and his cronies.  Hey, his plan worked.  Nothing in it for the rest of us except Gulf War Syndrome however.

President Clinton:  Chit-chatted a lot about our "peace dividend" but then went out of his way to destroy Yugoslavia and turn it into a hellhole.  Why?  Because Tito had been treating his people too kindly.  Stuff like that just had to be stopped!  And boy was it.

So.  Here's my one obvious question.  "Have we Americans ever learned anything after all these decades of being betrayed again and again by our presidents in favor of warmongers and corporate carpetbaggers?"  Apparently not.

My only hope is that Americans will now start to build on the current heroic Parkland protests and finally realize that the foul act of murdering any child anywhere is bad, bad and wrong -- no matter how much profit for warmongers is involved.