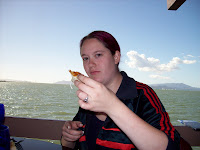 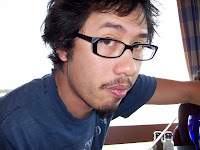 Bush leagues: How GWB lost the World Series to Iran

How would you feel if your favorite team didn't get to play in the World Series this year? And not because they didn't win enough games -- they did. Nope, your team got booted out of the series for one reason and one reason only -- because the MBL had declared another team the winner even though your team was ahead. "How can they DO that!" you scream. "Throw the bums out!" And there'd be mass rioting in Mudville that day.

But politics ain't baseball and when the Supreme Court ruled that Al Gore didn't win the presidency even though he won every game, the fans didn't roar, the fix stayed fixed and the series went on while the real winning team sat on the bench. And the crowds in the bleachers remained silent.

And this week Gore hit a home run anyway and won the Nobel Prize. You can't keep a good team in last place forever no matter what the Supreme Court says. But I digress.

Okay. The league managers ruled that Bush won the series in 2000. Gore was sent to the showers. But still the game goes on. And if Bush plays a good game, then we'll just sit back with our hot dogs and beer in hand and watch and cheer. But Bush plays a TERRIBLE game! You could see better action than this at the Little League playoffs in the municipal park next door.

And now Bush is up to bat again. This time he's playing against Iran. Iran? You gotta be kidding! In 2000, before the Supreme Court threw the series to Bush, no one had even HEARD of Iran. And now this mere rookie from the Middle East is being tauted as a huge rival team, about to blow America out of the park. Iran? Our country has sunk so low that we are now facing IRAN in the bullpen? Give me a break. We used to play China and Russia and the big hitters but now with Bush on the mound we are playing Afghanistan, Iraq and Iran? And the fans are quiet on this one? Give me a break.

I'm over here in Iraq right now. Two nights ago I ran the blood-alley road from the Baghdad airport into the Green Zone. It was spooky. In the dead of night a herd of vehicles known as Rhinos pulled up in convoy, accompanied by a herd of Strykers and we put on our Kevlar and climbed aboard. Rhinos are big as a house. You wouldn't want to mess with an angry Rhino. We made the trip unscathed.

Once in the Green Zone, I went to the Combined Press Information Center (CPIC) and bedded down. The next morning, I went to the press room. And talked with the reporters there all hunched over their laptops. And everyone there was talking about Iran. Iran did this. Iran did that. And then when I watched the Republican debates on TV, there it was again. IRAN. "We need to stop Iran. We need to bomb Iran." Screw Iran. We need to stop the Bush league loser in the White House who has corrupted America's second most popular national pastime -- politics -- and has struck out so many times that he couldn't get a job as a water boy in the National League and the American League would just laugh.

Yet this is the man who is batting for America.

"Throw the bum out."

PS: Here are some photos of two of my kids. Ashley was a catcher in the Berkeley Municipal League when she was in kindergarten and Joe played for the Little League Rockies for years. Either one of them would do a better job in the White House than Bush!
Posted by Jane Stillwater