Dominoes starting to fall: America's slo-mo slide into bankruptcy
"Our local dollar store just went out of business," said my neighbor.  Oh, no!  Where am I going to get cheap holiday decorations for my front door! 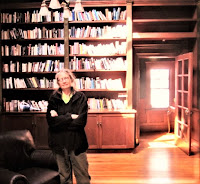 "Its shelves are now completely empty, but they were partially empty even before the store closed due to shipping bottlenecks."  That makes sense.  Almost everything that Americans own these days is clearly stamped "Made in China" and a lot of shipping bottlenecks are involved between there and here.  We basically rely on China for our lifestyle.  Without access to Chinese manufacturers, we are totally screwed -- but a lot of that access no longer exists.
And yet even despite our heavy reliance on China, we are being constantly told to hate the Chinese.  Evening news commentators and online pundits are constantly beating their drums for a war between us and them.  But the American economy doesn't run on Dunkin'.  It runs on container ships from Asia.  Declaring war on China would be like McDonalds declaring war on burgers and fries.  Economic dominoes have started to fall.
Sidebar:  According to Google, over four billion syringes filled with The Vaxx have already been administered worldwide (so far).  And where do those billions of disposable syringes come from?  China!  For instance, the JN Medical Device Company in Anhui, China, will only fill orders for over 360,000 syringes.  And also how come nobody at the Glasgow climate conference has asked where all those billions of disposable syringes are actually being disposed of?
Then I went shopping at Trader Joe's yesterday.  Five of the items on my list were not available.  The shelves were bare.  "What happened here?" I asked one of those friendly guys in Hawaiian T-shirts.  Same old story.  "Breakdown in the supply chain."  No canned pumpkin, steel-cut oats or organic spinach for me. 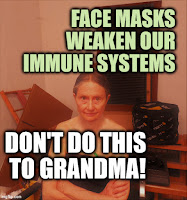 Next, let's look at those pesky Nuremberg-Code-violating vaccine mandates that have also affected our economy negatively.  Hundreds of thousands of Americans are quitting their jobs rather than get vaxxed because there are so many risks involved in getting it -- and almost zero rewards.  And the COV$D scare itself has cut a grim-reaper swath through our economy, right?  300,000 more Americans went on unemployment just last week.  605 days of being locked down for no scientifically-justifiable reason has devastated America's small businesses.  A disease that can be cured by early treatment with Ivermectin and Vitamin D has pretty much cut our economy off at the knees.  Many more dominoes have fallen.
And while we are busy looking over our shoulders at the COV$D train wreck, the Federal Reserve has just stolen nine trillion dollars from us after we stopped paying attention.
But whatever has caused this horrific domino effect, where exactly are America's economic dominoes going to fall?  And when?  How can we predict when these falling dominoes will sweep down our street too, taking us along with them?  And how can we protect ourselves when they do sweep over us like the legendary Galveston Flood?  Hint:  Don't ask.  We are not supposed to ask these kinds of questions.  We are only supposed to gratefully obey or else be accused of killing grandma or being a Q-Anon goon rather than an informed intelligent American.
Currently, most Americans have willingly participated in all of this COV$D craziness -- because they are afraid.  And yet we clearly have far more to fear than just some nasty flu bug.  We need to truly fear seeing our economy ripped to shreds.  And what about that handful of evil globalist bastards who have joyfully set all these deadly economic dominoes in motion?  They do not even care.  And obviously Americans don't seem to care about anything but COV$D either -- as our economy is being destroyed in slo-mo.
Resources:
Our true economic reality sucks eggs:  https://unlimitedhangout.com/2021/10/podcasts/covid-19-and-central-bank-digital-slavery-with-john-titus/

We are being brainwashed big time.  How to recognize propaganda when you see it:  How to Disarm Propaganda – Mark Crispin Miller on #SolutionsWatch : The Corbett Report
A patent attorney notes that both The Virus and The Jab were both patented years ago.  This game of dominoes has been in play for the last decade at least:  https://www.bitchute.com/video/fHhniBm4cyiM/
Winner take all and the winner is not us.  Sorry, you lose.  Tyrants win:  https://soundcloud.com/charleseisenstein/cj-hopkins-the-new-totalitarianism-e60
OMG, you don't even want to know what is happening in Scotland (but I'll tell you anyway).  In a fully vaccinated country, the death rate just went up 30%:  https://www.unz.com/mwhitney/excess-deaths-point-to-depopulation-agenda/
And of course Greg Mannarino always tells us the economic truth -- but with a dramatic flare:  https://www.youtube.com/watch?v=IzxNYbjjZZ8
What's Left?  Diego Rivera may have had it all wrong.  Technology might not be our friend after all:  https://www.youtube.com/watch?v=E1LkyE2K6fI