Booster shot after booster shot: If you can't beat 'em, join 'em
I'm about to run out the door to Walgreens and get my first Pfizer shot, my first Moderna shot and even my very first shot of J&J.  Don't try to stop me!
And then after that, I'm also going to get my first booster shot ASAP.  And the next one after that too -- ad infinitum. 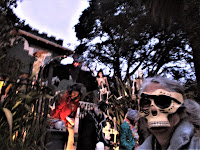 What changed my mind?  What changed me from being a proud anti-vaxxer to becoming the world's greatest cheerleader for Moderna?  Science changed my mind!  A scientist friend of mine said, "Our human bodies were never meant to get all those vaccines."  And then, after re-watching that infamous 2010 TED talk by Bill Gates about wanting to eliminate a few billion people by use of vaccines (and also after watching The Invasion of the Body Snatchers on Halloween), I suddenly realized that Gates and his evil globalist bastard cohorts have been deliberately making interesting plans for us "useless eaters" for over a decade.
Ya think they're not trying to kill us?  First watch this video and then get back to me:  https://www.globalresearch.ca/video-watch-dr-peter-mccullough-talk-about-covid-treatment-vaccination/5760141
Apparently, however, just one dose of their magic vaccine was supposed to get rid of all us Useless Eaters -- and yet we are still here?  Que milagro!  Hurray for the human race!  Freaking resilient even despite all the gunk in those shots!
Was it eugenics that kept us alive?  Survival of the fittest?  Guess we are all a lot stronger than those evil globalist bastards thought.  Their Plan A failed.  Time to switch to Plan B -- give us yet another booster shot of that gunk and just keep on doing it until only themselves and their A.I. robots are left.

But what can I myself do to stop all this carnage?  Little old me?  Apparently nothing.  Everybody in my neighborhood already hates me for even trying to act like Paul Revere.  "The Bastards are coming!  The Bastards are coming!"  So I've decided to stop fighting the inevitable and join the rest of us pod people -- become one of the Vaccinated too.  Who wants to be the only moral person, sad and lonely, left on earth?  If all of the world's useless eaters are gonna have to die off together, then I wanna join them and die too.  Goodbye cruel world, I'm off to visit Walgreens!
PS:  Are you depressed?  Bankrupt?  Homeless?  Hungry?  Unemployed?  There's always a way out of your misery -- suicide by booster shot!
PPS:  Once I get a couple of those shots inside of me, I will be like Father Damien, that priest who heroically preached to the lepers of Moloka'i -- until one day he said,  "Now I am one of you too." 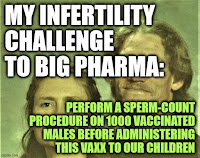 PPPS:  Those evil globalist bastards weren't so naive after all.  Some of them must have known that just one Jab wouldn't get the job done, and so they were thinking ahead just in case --  at the very beginning of this vaccine frenzy they made space on our COV$D-19 Record Cards for at least four doses.
Resources:
Halloween was a great time to watch The Invasion of the Body Snatchers -- and then run out and get your Boo-ster shot! https://www.youtube.com/watch?v=vc_0dlmSq7I

That infamous TED talk:  "The world today has 6.8 billion people.  That's headed up to about nine billion.  Now, if we do a really great job on new vaccines, health care, reproductive health services, we could lower that by, perhaps, 10 or 15 percent."  https://www.ted.com/talks/bill_gates_innovating_to_zero/transcript?language=en
Some vaxx batches are benign while other batches are killers.  Which states got the killer batches?  We may never know.  Or perhaps VAERS deaths were just under-reported in some of our states?  https://theexpose.uk/2021/10/31/100-percent-of-covid-19-vaccine-deaths-caused-by-just-5-percent-of-the-batches-produced/ 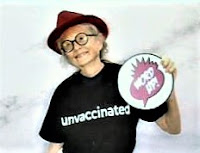 And our human immune systems are getting into more and more trouble these days.  https://theexpose.uk/2021/10/30/gov-reports-show-fully-vaccinated-and-children-developing-ade/
Day 598 of this COV$D craziness?  We have far more to fear than just a nasty flu bug.  Our true economic reality sucks eggs:  https://unlimitedhangout.com/2021/10/podcasts/covid-19-and-central-bank-digital-slavery-with-john-titus/
We are being brainwashed big time.  How to recognize propaganda when you see it?  Go to this link and find out:  https://www.corbettreport.com/solutionswatch-propaganda/