Drama on a personal level...

And just in case drama on a national and international level isn't enough these days?  Everyone also has drama on a personal level too.

For instance, I have a "friend" who has a daughter.  Said friend loaned said daughter money and then politely asked said daughter to pay it back because said mother really needed it.

Said mother then politely asked for said money back -- about five or six times.  Said daughter, however, rudely ignored said mother.  So said mother finally gets a bit pissed off and says, "Just pay me back and then I'll stop being your mother." 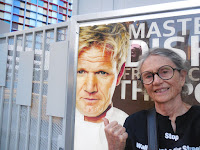 And what kind of daughter unfriends her own mother on FB?

And what would you yourself do if you were in said mother's situation?  But please be aware that "Just go back to being a doormat and cash cow" is no longer an option.