Gullah: A triumph of the human spirit

I visited the Slave Mart Museum in Charleston, South Carolina the other day.  So much human misery was on display there that tears instantly came to my eyes.  Slavery was the American equivalent of Auschwitz and Gaza -- systematic torture, degradation and death based solely on impersonal factors that people were born with.

In the historic Old South, slaves were routinely beaten, starved, kidnapped and raped.  50,000 slaves tried to run away every year.  Thousands tried to fight back.  Can you blame them?  Despite their extreme exploitation and misery, however, millions of them submitted to their own enslavement.  Why?  PTSD.  Too shocked and psychically injured to do anything else.
According to museum records, there were three slaves to every White person in Charleston back in the day.  "So why didn't they rebel?" you might ask.  Ah, but they did.  There were over 250 slave rebellions during this dreadful time.  But the bottom line was that these enslaved and dehumanized men, women and children mostly suffered from an earlier, harsher version of Stockholm Syndrome.  Veterans returning from Iraq weren't the first Americans to suffer from PTSD.
Slaves in south Carolina were called "Gullah".  And after the horrors of slavery were finally over, the Gullah people's nightmare still continued in the form of lynch mobs and Jim Crow.
And yet.  Somehow still the Gullah culture has survived even despite the John Killhouns and the Dylan Roofs -- and even despite the high-end boutiques that have replaced Gullah businesses on King Street.
To the Gullah people of Charleston today, Black lives still matter -- even after having been haunted by a PTSD strong enough to reach its cold, ghostly fingers down to them over the span of hundreds of years.
PS:  I'm currently reading two books that clearly illustrate the sad effects of slavery on African-Americans -- even today:  Matt Taibbi's "I Can't Breathe" https://www.penguinrandomhouse.com/books/532518/i-cant-breathe-by-matt-taibbi/9780812988840/ and Jill Leovy's "Ghettoside"  https://www.penguinrandomhouse.com/books/100077/ghettoside-by-jill-leovy/9780385529990/  They both come highly recommended by me. 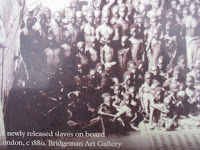 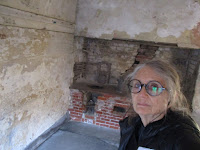 
Stop Wall Street and War Street from destroying our world.   And while you're at it, please buy my books.  https://www.amazon.com/Jane-Stillwater/e/B00IW6O1RM

Posted by Jane Stillwater at 11:03 AM