Remember that old song describing the wonders of living in a "little grass shack" in Hawaii?  Those days are long gone.  Why?  Because there are almost no little grass shacks left in Hawaii any more (probably due to building codes) -- and as a result, there are a lot of people here who are homeless.  https://www.youtube.com/watch?v=bMRxbFkO6gU

On Waikiki Beach alone, I recently counted approximately 23 megalith-style high-rise hotels and/or condos.  And I might have missed some too.  Each hotel charges at least $200 a night -- but usually a whole lot more.  Two-bedroom condos here sell for a million dollars a bedroom.  What homeless person can afford that?

For many people in Hawaii these days, those little grass shacks have been replaced by shipping container boxes -- but this is actually a good thing.  As the State of Hawaii, like the rest of America, discovers that more and more of its citizens are becoming homeless, the government here has tried everything it can to house as many people as it can by any means that it can -- hence the wide-spread use of shipping container boxes as homes. 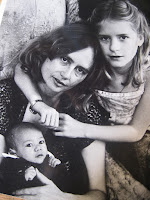 According to Mike Zint, a national advocate for the rapidly increasing homeless population in America, "What does it take to get off the streets?  Money?  Affordable housing?  Employment?  Of course the answer is yes, but none of those things is the first step.  The first step is stability.  And stability is the one thing that is most commonly removed [from the homeless]."  So Hawaii is at least making an effort to get some stability into the lives of those who are forced to go homeless.  https://occupysf.net/index.php/2017/03/12/stability-first-says-homeless-leader-mike-zint/

Hawaii also offers many boot-strap-like services to get homeless Hawaiians back on their feet.  Some of these efforts are working.  Some of them are not.  And as the native Hawaiian population becomes less and less able to afford housing in their beloved Hawaii, they are being forced to move over to the mainland in droves where the rent is cheaper.

According to one native Hawaiian I met here, "So many of us are now moving to Las Vegas due to its lower rents and warm climate, that Las Vegas is now known as Hawaii's ninth island."

But this migration to the mainland is also a two-way street.  "Many of the colder mainland states are purchasing airline tickets in order to send their homeless population here.  This is true.  I have seen it myself."

In addition, "We also have a lot of people who come here from Micronesia who get priority for our HUD housing because they can no longer live on their radioactive atolls because many of them have become really sick due to cancer from the nuclear weapons tests.  So they move them here -- out of sight, out of mind."

Another factor in the severe limitation of affordable housing in Hawaii is the huge US military presence here.  The so-called "Pivot to Asia" apparently starts here.  "The US military is our number-one economic factor," said my Hawaiian friend.  Even greater than tourism?  Apparently so.  I saw some pretty posh military housing spread out all around the island of Oahu -- definitely not little grass shacks.

I've been living on pineapple and macadamia nuts here for too long -- and also French fries.  Remember what happened in "The Martian"?  He lived on potatoes for a whole year because of their protein?  A whole year is too long to live on potatoes, even in beautiful Hawaii.  It's time for me to fly back home to Berkeley -- where the 1000-plus homeless population just manages to squeak by on pizza-by-the-slice.

PS:  Am currently reading a book called The Up Side of Stress, and apparently one way to reduce stress is to be altruistic.  "Caring for each other amplifies our resources," says the author.  "Human beings have a basic need to help others...and the more that they help others the happier they are because altruism both creates hope and prevents the defeat response."

This need for hope is apparently one of the reasons why the State of Hawaii is so compassionate towards its homeless citizens.  Hawaiians try to honor the human "tend and befriend" response to stress instead of the more well-known "flight or fight" response.  Hawaii even has a word for this befriending response to stress.  It's called "Aloha".

PPS:  Remember that bumper-sticker from back in the day that read "Life is a competition.  The winners are the ones who do the most good deeds"?  Or as they said in Lawrence of Arabia, "Allah favors the compassionate".  And this truism is still true, no matter how many Americans die from lack of housing and healthcare here and how many babies our war contractors murder in the Middle East.   https://getyarn.io/yarn-clip/1a9e93f1-5667-415d-b0ab-53c169aaa2f1

Am I pissed off by all this lack of compassion here at home and heartless slaughter in the Middle East?  Hell yeah.  Once people in power in America found out that there are huge profits to be made by stealing homes and murdering babies, there appears to be no stopping them from stealing and slaughtering again and again -- both here and abroad.