Take our country back from the CIA? Nah, never happen

What is the most perceptive thing that President Obama ever said?  Was it, “While we breathe, we will hope”?  Nope, that definitely wasn't it.  "The CIA always gets what it wants."  Yep, that's the one.

Since way back in the late 1940s, the CIA has been making a complete hash of things -- and getting away with it too.  http://www.telesurtv.net/english/analysis/10-of-the-Most-Lethal-CIA-Interventions-in-Latin-America-20160608-0031.html18%20September%202016  Wherever there are dead bodies rotting in the sun, you'll be sure to find some sleazy CIA operatives lurking around.  http://mediaed.org/occupationmovie/

Who turned the Congo into a charnel-ground?  Who screwed up Iran?  Who started the killing fields of Vietnam?  Who sent our boys home from Iraq in a box?  Who started the Cold War?  Who stirred up all that shite in Cuba, Angola, Palestine, Afghanistan, Chile, Guatemala, Ukraine, Libya, Yemen, Dallas.... It was the CIA.  Duh.  https://healingjustice.wordpress.com/2015/03/10/how-us-aggression-in-ukraine-risks-nuclear-war/

But is all that finally about to change?
Is it finally actually time for patriotic Americans to finally call out the CIA regarding their 70-year reign of terror?  "Hey, punks, you failed!"  The CIA has taken all our money and left us standing by the side of the road, forced to walk home by ourselves in the dark...  Oops, sorry, I was thinking of "Twilight Zone".  http://files.constantcontact.com/87103ecb001/f8643c48-7449-4256-9d95-4f5505ebde14.pdf

Everywhere we look these days, we are constantly bombarded by blatant lies about Iraq, ISIS, Syria, Russia, Ukraine, Yemen, Venezuela, China...  BTW, what exactly is happening in China these days?  Who the freak knows.  Of course we now know what is actually going on in the Middle East thanks to FaceBook.  But I can't friend anybody on China's "We Chat" unless I buy an iPhone or unless I learn Chinese -- and that's not gonna happen any time soon.  But I digress.   http://www.brasschecktv.com/videos/hidden-history/kill-anything-that-moves.html

Now, thanks to social media and a few intrepid reporters like Robert Parry, Eva Bartlett, Andre Vltchek and Vanessa Beeley, news about what is actually happening in Yemen and Syria (and most of those other places all over the world that we are constantly lied to about) is actually starting to leak out.  http://journal-neo.org/2016/08/20/western-propaganda-so-simple-but-so-effective-2/

And this is starting to piss the CIA off!

Could the CIA finally be getting exposed as "The man behind the curtain" for all these fiascos?  As the "Doctor No" who is actually running the American show?  Nah.  That would be too easy.  Too democratic.  Too just.  Justice stopped being an American virtue a long time ago.  Vigilance is the price of freedom.  Americans couldn't care less about vigilance.  http://www.moonofalabama.org/2016/09/syria-us-propaganda-shams-start-to-openly-fail-.html 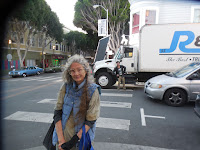 PS:  Here's another thing:  If Americans finally admit to themselves that they have been lied to regarding Syria, then they also have to be prepared to admit to themselves that their war-monger-owned government and their corporate-owned media lies to them all the time about other things too -- about Iraq, Afghanistan, 9-11, etc.  Even about JFK.   All those trillions of war-buck dollars that have been poured down the drain?  They could have gone to improving American schools, saving American lives, building American homes, fixing American infrastructure, etc. http://www.counterpunch.org/2016/10/05/the-dreadful-chronology-of-gaddafis-murder/

Denial protects Americans from knowing just how badly they have been played by their government and media -- and by the CIA.  But the truth of the matter is that they lie to us like a rug.  And we Americans are being beaten like rugs too.
http://www.globalresearch.ca/war-propaganda-syrias-destruction-by-the-lies-of-the-western-media-washington-will-never-let-go-their-target-is-world-hegemony/5549508