If you're going to Orlando, wear purple flowers in your hair...

How convenient for America's deep state that Muslims and gays have become such targets of hate.  "Better them than us!"  Logically, Americans should all be totally hatin' on the new surveillance state and the new billionaire state and the new  police state that America has degenerated into -- but Americans have been conditioned to hate Muslims and gays and women instead.  How convenient.

On June 22, I leave for Orlando, Florida in order to attend the American Library Association's annual convention.  To paraphrase that old 1960s song, I will be wearing purple flowers in my hair.  And a hijab too!  Plus I'm already a woman.  http://2016.alaannual.org/

But I'm sure that I'll still be perfectly safe in Orlando.  Why?  Because the media and the cops and the FBI won't be after me because I won't be fitting their profile for what a mass shooter would be like.  http://www.washingtonsblog.com/2015/03/steele-every-single-terrorist-attack-u-s-false-flag-egged-intelligence-services.html 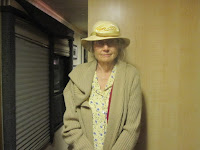 Unlike Lee Harvey Oswald, Omar Mateen, Mohamed Atta, etc. I don't have a history of working for the military, the CIA or any other top security agency or defense contractor.  Nor have I been highly-trained by professionals in the fine art of effectively firing deadly weapons.  I leave that to Blackwater and the Marines.  http://www.zerohedge.com/news/2016-06-12/orlando-shooter-worked-security-company-which-tranports-illegal-immigrants-deep-insi

Unlike that guy who killed John Lennon, I don't have friends in high places.

Unlike September 11, 2001, Boston or Sandy Hook, I haven't announced any military drills or fake "exercises" to take place while I'm in Orlando.

Unlike the American deep state and Israeli neo-colonialists, I won't have a strong motive and won't benefit from either a terrorist attack or any other type of act that deliberately stirs up hatred.  I'm really a pretty peaceful person, really.  https://www.sott.net/article/320084-Another-FBI-patsy-Alleged-Orlando-shooter-Omar-Mateen-was-known-to-FBI-for-3-years

So I think I'll be safe in Orlando next week.  Especially if I wear some purple flowers in my hair.

PPS:  Even if all the things I named above might not have happened the way I described, it is still a very sad commentary on America that millions and millions of Americans also think along these lines too.  It shows how little we trust the media, the corporatocracy, the CIA, FBI, etc.