"America's bombing the shite out of the Middle East," sez Madam Jane

"It's not easy being the world's greatest psychic," Madam Jane confided to me over coffee at her place this morning.  Madam Jane is our neighborhood's resident fortune-teller.

"Doom!  Doom and death!  And rivers of blood.  I can't sleep at night.  These images haunt me."  Actually, M.J. did look a hot mess.  Circles under her eyes.  Aged before her time.  "I just keep seeing women and children being blown up in the Middle East by American bombs."  http://chasfreeman.net/americas-continuing-misadventures-in-the-middle-east/

"What?  Are you saying that the New York Times got it wrong?"  Again?

PS:  According to journalist Patrick Cockburn, "The Iraqi army backed by Coalition airpower recaptured the city of Ramadi from Isis last December, but more than 70 per cent of its buildings are in ruins and the great majority of its 400,000 people are still displaced....  The notorious remark of a US officer about the town of Ben Tre in Vietnam 50 years ago – that 'it became necessary to destroy the town to save it' – could equally be applied to Ramadi."  http://www.independent.co.uk/voices/air-strikes-isis-iraq-and-syria-city-ruins-ground-troops-alternative-a7052481.html

PPS:  According to brain researcher Jill Bolte Taylor, the left side of the human brain has a tendency to produce a whole bunch of angry thoughts.  By nature, none of us are Mother Theresas.  But the good news is that each of our angry thoughts only lasts 90 seconds.  90 seconds of venting is very common in our left brains and we humans really do need to let it all out -- but anything over 90 seconds of expressing anger is just plain wallowing in it and is a total waste of our time.  http://drjilltaylor.com/book.html

So the next time we feel really angry, just let it all out -- and then move on to something else.  Do you hear that, Pentagon?  Stop wallowing and grow up.  Just let it go!  https://www.ted.com/talks/jill_bolte_taylor_s_powerful_stroke_of_insight?language=en 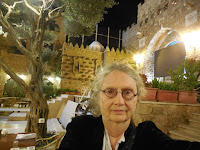 PPPS:  Why is America sending troops to attack Syria right now?  But not sending them to attack Libya or Saudi Arabia -- where ISIS and al Qaeda are actually coming from?  The narrative of America's foreign policy seems to have been designed by blind men.  Libya is a major source of weapons and terrorists right now -- and so is Saudi Arabia.  Turkey and Israel are also running terrorist rat lines.  Yet the United States is sending troops to attack Syria -- the main country standing up to ISIS and al Qaeda right now?  The people who design our foreign policy seem to be either completely in the dark or really, really bad at their jobs.  http://yournewswire.com/dalai-lama-putin-is-right-u-s-created-isis/

Their blindness and/or inefficiency is putting America at risk.

That's my story and I'm sticking to it.  But what is their story?