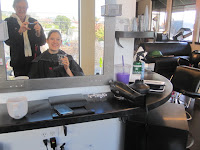 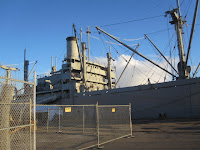 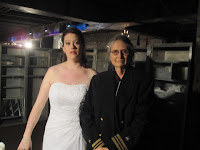 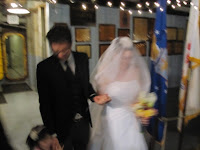 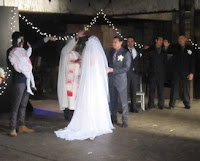 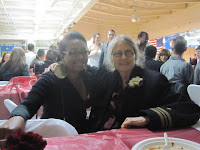 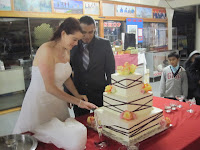 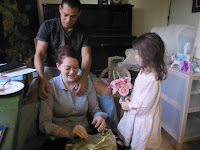 My post-holiday epiphany: Why the price of gold has suddenly dropped

This December, about two weeks before Christmas (or Hanukkah or the Islamic New Year or Buddha's enlightenment or whatever), the price of gold suddenly started to drop, suddenly catapulting downward over one hundred dollars an ounce http://www.kitco.com/charts/popup/au0030lnb_.html.

"But why?" you might ask.  "I thought gold prices had hung steady for years -- or else had gone up."

Here's why.  There has been a sudden glut on the gold market -- and, after that happened, this sudden gold-rush-in-reverse was on.  Everyone was suddenly trying to get rid of their gold.

"But why?" you might ask again.  "I thought that people were buying gold as a good investment."

Here's one reason why.  2012 has been the saddest holiday season ever in America -- or at least since 1929 -- in terms of economic buying power for the 99%.  Millions of jobs have been outsourced overseas, and Wall Street and War Street have swallowed up America's treasury whole.  And, by this last December, it was looking like there'd be only coal in most American children's stockings this year.

But then all those prudent Americans who had purchased a few gold coins here and there over the years suddenly remembered all that wealth they had stashed away in some sock drawer, went out and cashed in their coins -- and Christmas (etc.) was saved!  Disaster averted!  At least for one more year.

And that's where the sudden glut of gold on the market has come from.

But what about next year's holiday season?  When the mean-spirited Grinches of Wall Street and War Street come to steal Christmas yet again?

With your gold coins all gone by 2013, you'll be lucky to even have milk and cookies to lay out for Santa.

And if you live in the path of a hurricane or a bankster or on a flood plain or a rust belt, you'll be luckier still if you even have a chimney for Santa to come down in.

What to do?  How to start work on saving next year's Christmas?  Here are some great stocking-stuffing ideas:  End the wars.  Levy a $1 transaction tax on every stock and bond bought and sold on Wall Street -- like we do on those other casinos in Atlantic City and Las Vegas.  Tax the rich and get our money back from them.  Put a cap on election-spending corruption.  And, like Alan Grayson suggests, end "legislative constipation" in Congress by demanding simple up-or-down votes on stuff like saving Social Security and ending pork-barrel spending on wars-for-oil http://www.huffingtonpost.com/rep-alan-grayson/fiscal-cliff-taxes_b_2367621.html.  And, most important of all, let's throw all those law-breaking Grinches on Wall Street and War Street in jail.

PS:  Another factor causing the downturn on gold prices has to do with out-and-out theft.  No, not the kind with safe-crackers or masked riders or John Dillinger involved.  Hey, that was old skool.  In these modern times, only our banks are stealing our gold.

Apparently, several national central banks are now leasing (not selling) their gold supplies to something called "bullion banks," and then these bullion banks in turn sell (not lease) it to various markets several times over.  That is, gold is being used as collateral that is then being slipped into the markets more than once, and thus the price of gold has been artificially suppressed because there now seems to be a glut.  But there's not. http://www.washingtonsblog.com/2012/12/banks-pledge-same-gold-to-numerous-people.html

And so all of those sweet little old ladies and hard-working salt-of-the-earth types in America who have carefully hoarded a few gold coins over the years in order to have security in their old age or at least have happy Christmases (etc.) for their grandchildren are now being happily screwed over by the banksters.  Again.  http://vimeo.com/55940623


What next?  I'm still trying to get to Haiti ASAP but unfortunately my investigative-reporting trip has had to be postponed until the end of March.  Please donate toward my trip's expenses here if you can:
https://www.wepay.com/donations/going-to-a-vodou-cave-in-haiti  And if this link doesn't work, please just cut and paste.  Thanks.

And if anyone ever wants to hire me on as a travel writer, "Have laptop, will travel!"


******
Need someone to help you throw out stuff? I'm really good at deciding what needs to be thrown out (starting with all those corporate-owned bums in Washington!)

Need an actor to play an older woman in your movie? Then I'm your man! I can portray all kinds of older women -- from judges, business execs and other insane zombies to bag ladies, cancer patients, kindly grandmothers and dying patients in rest homes. I've played them all. So send me a script and let's do this. Hollywood, here we come!
****
Are you a plaintiffs' attorney who is tired of writing those pesky personal injury settlement briefs all the time? No problem! I can write them for you. Years of experience. And pay me only if you win the case.
****

I also wrote a book about going on Hajj (also included as a chapter in "Bring Your Own Flak Jacket," but this book is cheaper -- but it's worth buying them both!) My book on the Hajj is so outstanding that I bet even Christian fundamentalists will love it! Please buy it here: http://www.amazon.com/Mecca-Hajj-Lessons-Islamic-School/dp/0978615700/ref=cm_rdp_product
****
"Imagine a world where EVERY child is wanted, nurtured, protected and loved: World peace in one generation!" You can now buy T-shirts, coffee mugs, tote bags, truckers' caps, baby gear and/or teddy bears with this logo printed on them. They make great gifts, especially for parents and teachers. To purchase, just click here: http://www.cafepress.com/StillTWaters