Yesterday I went to see the new Dorthea Lange exhibit at the Oakland museum and was pretty much left speechless by the raw power of her photographs.  "She would expose a roll of film, send it off to Washington DC to be developed, and then wait for it to come back.  Sometimes it was months before she could see how her photos turned out."  http://museumca.org/gallery/dorothea-lange-politics-seeing#slide-0-field_phot_gallery-4131

This new and sudden flood of millions of images that wash over us daily might be both a good thing and a bad thing.  It's bad because individual photos have now lost the intense power and magic that came with the exceptional and stark rarity of a great photo such as ones that Lange took.

The gut-wrenching reality of Lange's photos moved an entire generation to take immediate action to stop the horrors of the Great Depression.  And the stoic and tragic faces of children in her photos of Japanese-Americans being forcefully dragged off to concentration camps like so many cattle also made Americans realize just how vulnerable all of us are and to move us as a nation to apologize for this injustice.  "First they came for the...."  And now they could come for us too.  https://www.facebook.com/firsttheycameforthehomeless/ 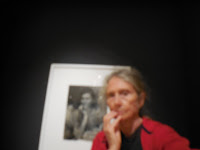 Back in the day, Lange made everyone who saw her photographs suddenly realize how vulnerable we all are, and this effect of her photos is true even now -- because even now, despite all our totally cool scientific developments and technological inventions since then, we still are as vulnerable.  Lose a house?  Lose a job?  We could be dead within weeks -- perhaps even within days.  Lange's haunting images of women and children on the brink of starvation and ruin remind us of this -- that even White Americans back then could be so easily and completely betrayed by Deep State banksters and carpetbaggers.  And that this vulnerability that Lange forced Americans to confront in the 1930s is true for her photos even now, 70 years later.

But the good news is that now Dorthea Lange isn't the only one out there who is exposing us to the intense vulnerability of mankind, a vulnerability to all kinds of natural disasters and human-created assaults on both our here-and-now and on our future -- day after day, year after year.

Let's hear it for Dorthea Lange of course -- but let's also hear it for all our modern iPhones, Instagram, FaceBook and digital camera users as well.  Slowly but surely, we too are bringing a face to the troubles and woes assaulting human beings daily even now and, like Lange, we too are serving as the conscience of a nation, a nation of people who are just plain lucky to be as well-off as we are, a nation that needs to remember, "There but for fortune go you and I".

PS:  This September, I will be taking my trusty Canon PowerShot to the Middle East -- and hope to capture some of the horrors of destabilization over there as a result of the American carpetbaggers and war-mongers who have turned that entire part of the globe into either a fiery inferno or a ravished hulk.  Perhaps I too may in my own small way sway the American conscience into finally putting a stop to all the freaking bloody disasters that our very own Wall Street and War Street are causing over there -- and that we, the American people, are ultimately responsible for and have paid for in blood money.  "First they came for the Middle East..."  http://www.informationclearinghouse.info/47507.htm

PPS:  Photographers aren't the only artists who force us to look at the vulnerability of humans.  Writers do also -- starting with those Biblical guys who wrote about the compassion of Jesus, something you really don't see all that much in America any more, especially not in the Bible Belt.

During the Great Depression, John Steinbeck's writings moved our parents and grandparents to tears.  And now I am reading Jesmyn Ward's tragic memoir "Men We Reaped" and my own eyes are filling with tears too.  For many Americans, not all that much has changed since the Great Depression.  https://www.amazon.com/Men-We-Reaped-Jesmyn-Ward/dp/160819521X