After South Africa finally realized that apartheid was a bad thing, the main action that country took to pull itself together again was its new and unique "Truth and Reconciliation" program -- based on forgiveness.  And Syria now has a Truth & Reconciliation program too, which seems to be working as well as the program in South Africa did.  http://jpstillwater.blogspot.com/2014/04/engineering-chaos-mother-agnes-miriam.html

The main big difference between South Africa and Syria, however, seems to be that most of the Syrian "rebels" are either foreign fighters or paid mercenaries, imported there and/or paid for by America, the House of Saud, Turkey and Israel.  Truth and Reconciliation just doesn't seem to work all that well on foreign fighters and mercenaries however.  Sorry about that. http://www.muslimpress.com/Section-opinion-72/105721-the-reporting-on-syrian-conflict-is-unusual-for-the-extent-of-fabricated-information

"Screw T&R," the so-called rebels yell.  "We just wanna behead people, blow stuff up, get paid big bucks and get our hands on Assad's oil.  Show us the money!"

And speaking of Israel, a "Truth and Reconciliation" program would really be a good idea in Israel too -- except that Israel also has too many foreign fighters and/or mercenaries for it to work right.

And apparently my own housing co-op here in Berkeley also needs a "Truth and Reconciliation" program as well.  Frankly, it's out of control.  For instance, our fifteenth management company has just quit.  And why is that?  For the last 25 years, there has been two factions here.  One faction dreams of having a real co-op where people help people and it's all sweetness, light and a lot of friendly potluck dinners.  The other faction seems to want to use our co-op as a stepping stone to personal power.  But still.  I am still an idealist.  We could still work this stuff out.  25 years isn't such a long time, now is it?  Surely we too could forgive and forget? 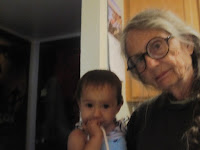 Truth and Reconciliation.  It really is possible.  In John Gray's book entitled "Children are from Heaven," the author stated that children are born with an innate need to cooperate with their parents -- but that sometimes this need gets beaten, verbally-abused or shamed out of them.  https://www.amazon.com/Children-Are-Heaven-Cooperative-Compassionate/dp/0060930993

I hear that.  My mother was the original Tiger Mom and my father usually had a belt close at hand.  But beating and shaming your kids was the chic thing to do back when I was growing up.  But still.  Even now, I still long to cooperate with others and have others cooperate with me.  Give and take -- not dominate.  This too is the human way, also a part of our own human DNA.  It's not all just "Might is Right".  Plus don't you just hate it when other people try to boss you around?  What's the use of becoming an adult if people are still always trying to tell you what to do?

From the world-wide international level to the very smallest local scene -- exactly when are we humans ever going to finally realize that cooperation is better and even gets better results?  Hopefully before it's too late?

PS:  If there was ever any doubt that the US and the House of Saud sponsored ISIS, just look at the orange jumpsuits that ISIS victims are forced to wear in the latest ISIS video -- same as those that street sweepers in Saudi Arabia and prisoners in Guantanamo are forced to wear.  http://www.dailymail.co.uk/news/article-3761940/First-Cubs-Caliphate-s-Daesh-Dad-s-Army-Grey-haired-ISIS-fanatics-execute-prisoners-days-terror-group-turns-boys-killers.html?ito=embedded