Yemen, Syria, Palestine & Paris: Gun sales are US!
"We're Number One!" Americans are always boastfully bragging and, yes, this is true.  Of course we're not Number One with regard to any kind of stuff that actually matters such as education, healthcare, infrastructure or jobs -- but America clearly is the Number One manufacturer of weapons in the world today.  "Booyah for us!"
And, bless its heart, America certainly knows how to create demand for its grim, awful and inhumane products.
Remember Albert Einstein's famous definition of insanity?  "Doing the same thing over and over again and expecting different results...."  And yet the American military-industrial complex keeps using extreme violence over and over again, even when it constantly fails and fails and fails to keep us safe.  But if the American military machine's goal was to achieve world peace, then Einstein would have been right in this case.  The constant use of violence in order to prevent violence is completely insane.

However, if the American military-industrial complex's real goal is to sell weapons, then the use of more and more violence is totally on point.
When Yemen, Palestine and Syria started burning and Ukraine, Libya and a whole lot of African countries also followed suit (not to mention Afghanistan and Iraq), even more guns were sold.  "Booyah!" http://www.moonofalabama.org/2015/11/terror-attacks-in-france-some-related-links.html

And now, with Paris burning, the weapons industry is going to take this once-in-a-lifetime opportunity to gear up to advertise its products on an even grander scale.  Am I right or what?  Just you wait.  Don't say you haven't been warned.

"But how can anyone possibly advertise war?" you might ask.  Hey, it's easy.  Almost every segment of every nightly news program we have watched for the past five decades has been just one infomercial after another for America's Number One product.  "Syria is a problem, we've got to bomb it, problem solved, no more unsightly stains to remove," they constantly tell us on TV every night. 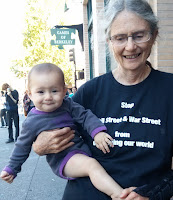 "Eastern Ukraine, Palestine and Yemen all need to be obliterated -- and possibly Russia!" our nightly TV commercials for war currently inform us.  "Blowing up countries is really trending right now.  It's the Call of Duty!  Those bad guys deserve it.  And please bring a date."  And lucky for us that the American military-industrial complex produces just the very products needed to do the job.  http://www.globalresearch.ca/possible-tactical-nuclear-strike-neutron-bomb-in-yemen/5452876
These constant "war" infomercials are deliberately designed to prey on their target audience's desire for status and the need to feel macho -- as well as on our greed, prejudices and fears.  Courageous people think for themselves and never get fooled by false advertising.  Fearful people just get suckered in by War Street's public relations guys and head straight for the weapons boutiques.  "I'll take one of those."
And now we have Paris -- offering the best commercial opportunity for escalating the use of violence ev-ah!  "We're going to mobilize and arm every single inch of French soil!  And then we're going to blow up Syria -- and Palestine and Iran too.  Russia will be attacked.  And China.  Weapons R Us!"  Booyah.  http://21stcenturywire.com/2015/11/14/paris-attacks-a-perfect-pretext-for-nato-to-mobilize-in-syria-and-iraq/

According to one of my current inside sources, "The time-tested Mossad and CIA method has been to infiltrate likely groups such as disaffected French Muslims, and then have their agents encourage these groups to commit attacks ‘for their cause’ – whatever that might be – only of course it’s not their cause that benefits." Nope.  All benefits go to war profiteers.

Selling weaponry is hard work. You can't eat weapons or even drive them around or brush your teeth with them -- so you always gotta create a demand for them. And even though you are now the Number One manufacturer of weapons in the world, you still gotta keep creating demand.

PS:  But exactly what is going to happen after the entire Middle East has been carpet-bombed, Africa has become totally dysfunctional, Latin America is a smoldering ruin and all of Europe is in the same mess as Paris?  Who the freak will the American military-industrial complex suggest that we bomb after that?  Who the freak will even be left?  http://dissidentvoice.org/2015/11/who-will-blink-in-syria-russia-or-the-us/
You and me of course.
And when all these "wars" for profit finally do get to American shores, then we too had better start thinking about where we can flee to, now that we also have become "war" refugees.  Mexico?  Canada?  Mars?  https://www.rt.com/op-edge/316022-refugees-somalia-congo-eu/
PPS:  Malcolm X was right.  Chickens do have a tendency to come home to roost.  And so, after having blown up the rest of the whole freaking world, it's only fair that the military-industrial complex should be allowed to sell their weapons to use against us here at home too.  We are the ones who originally got the "war" ball rolling.  So what if it rolls over us too?  If America is to stay Number One in weapons production, then sacrifices have to be made.  Get over it.
PPPS:  What ever happened to "Moral Mondays," I keep asking myself.  https://www.youtube.com/watch?v=jnpeOTLgyKs  I really miss morality now that it's gone.