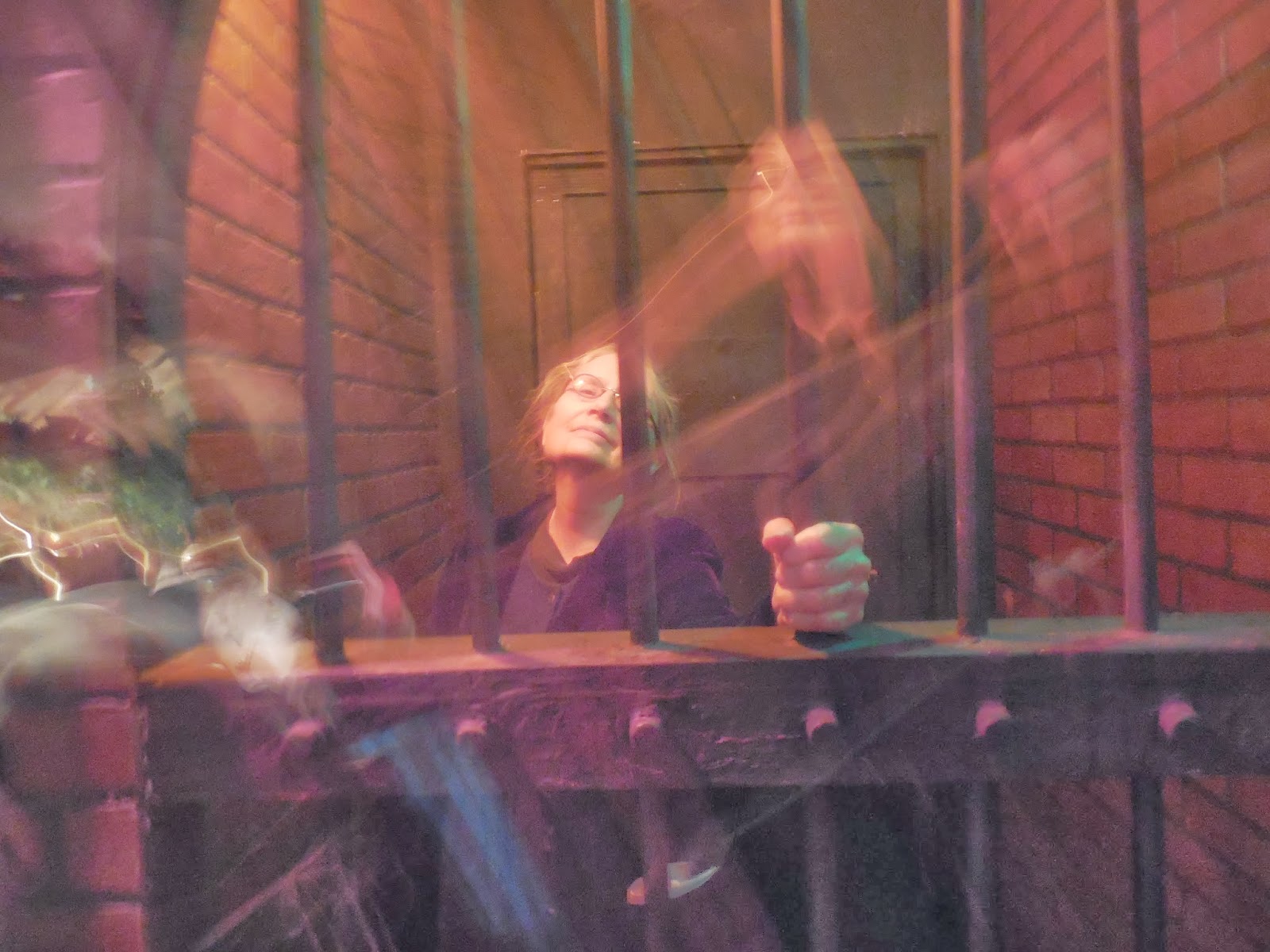 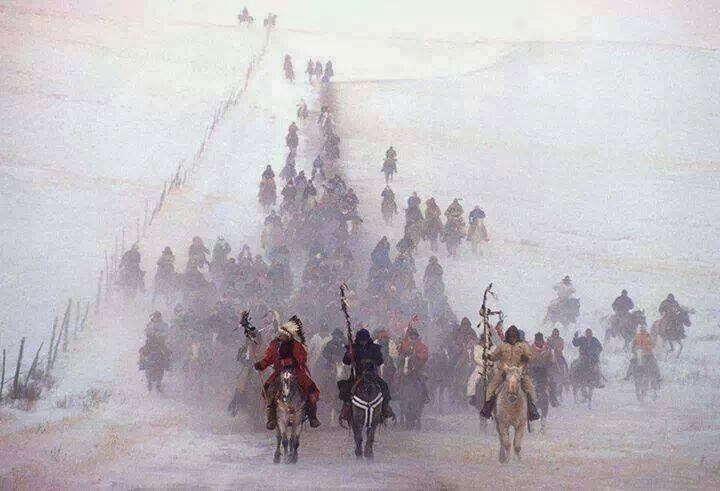 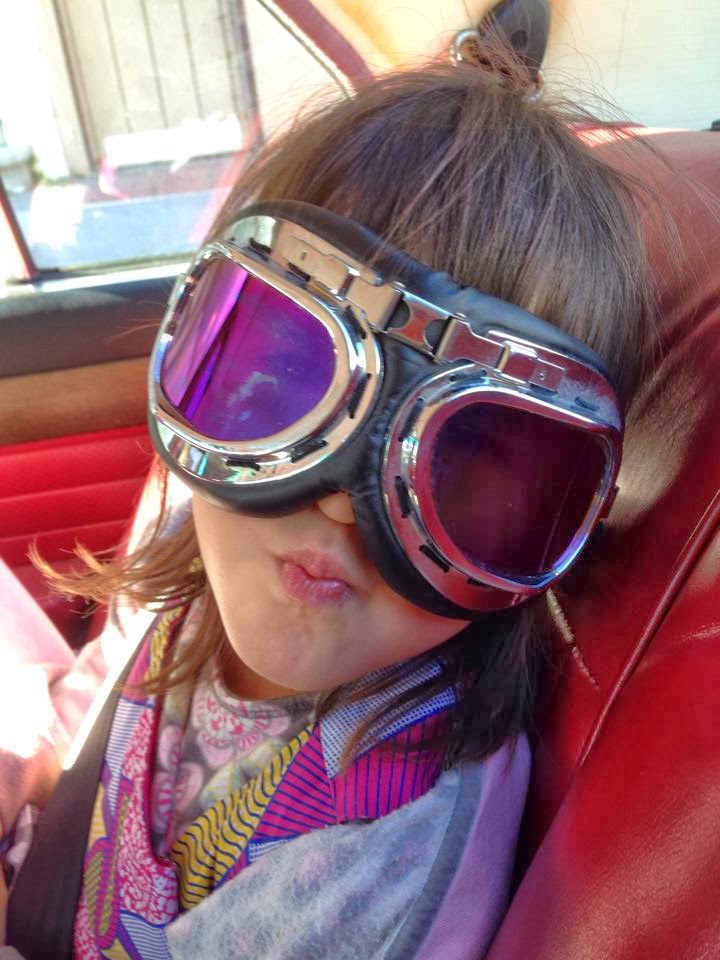 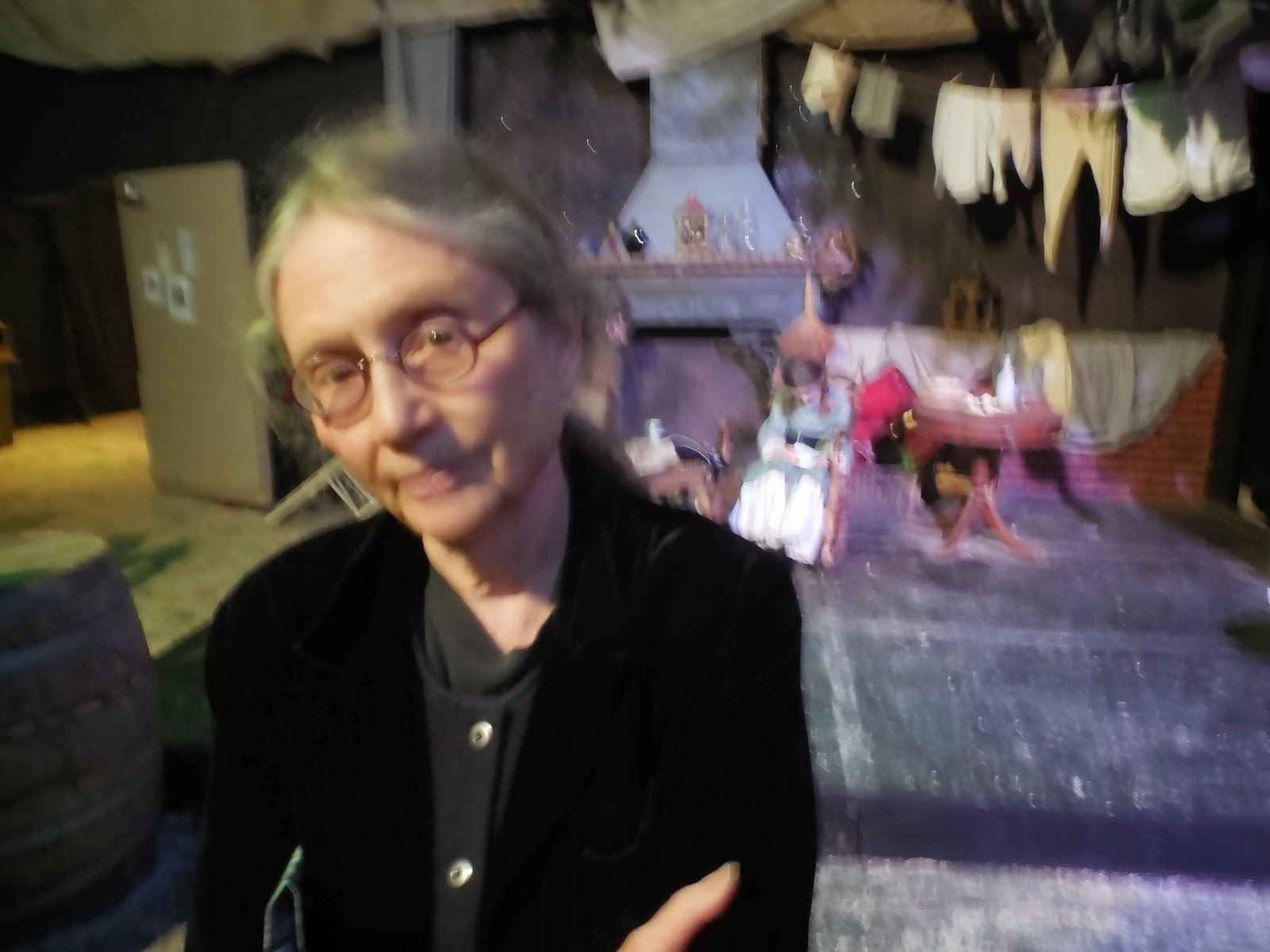 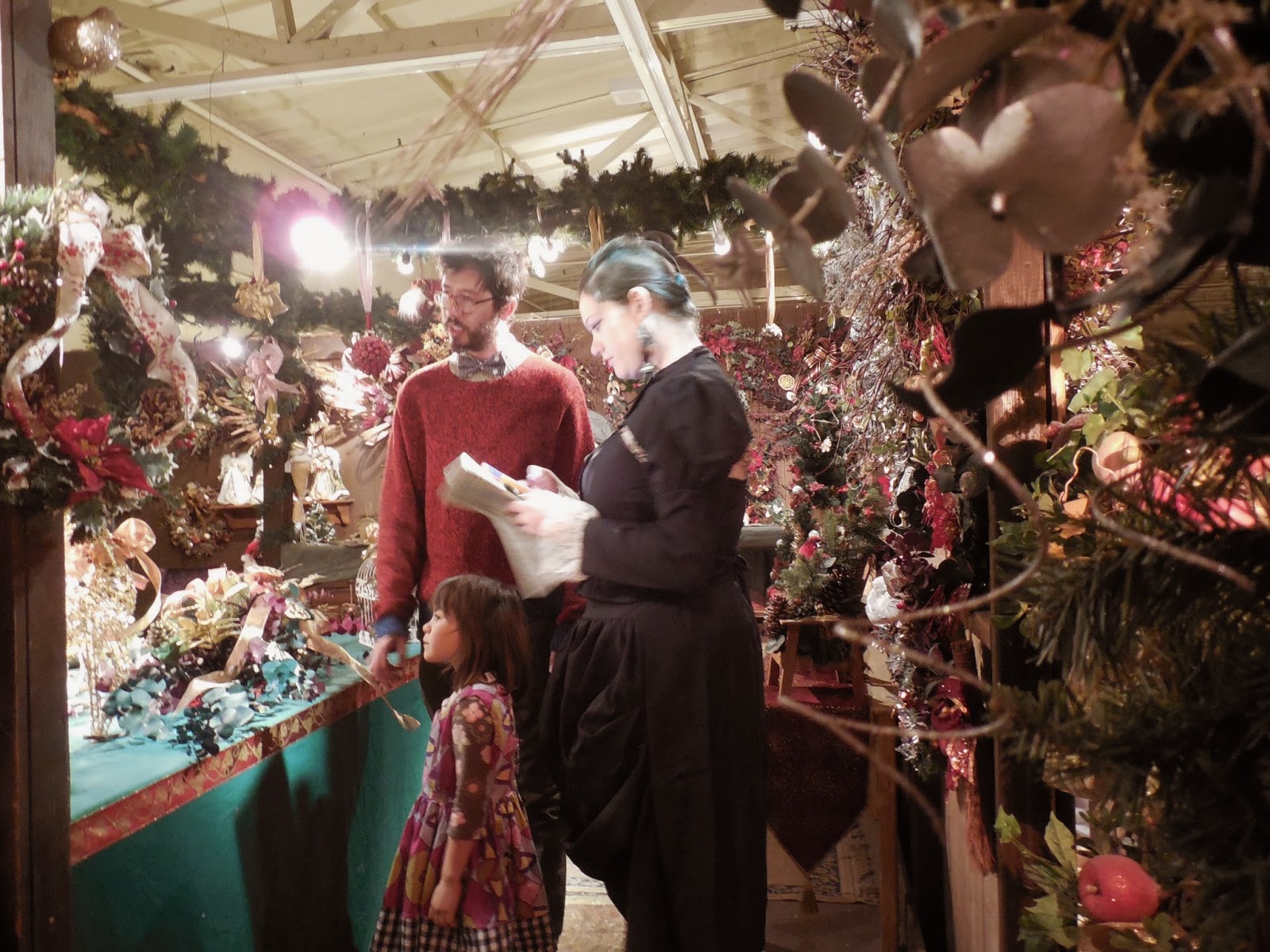 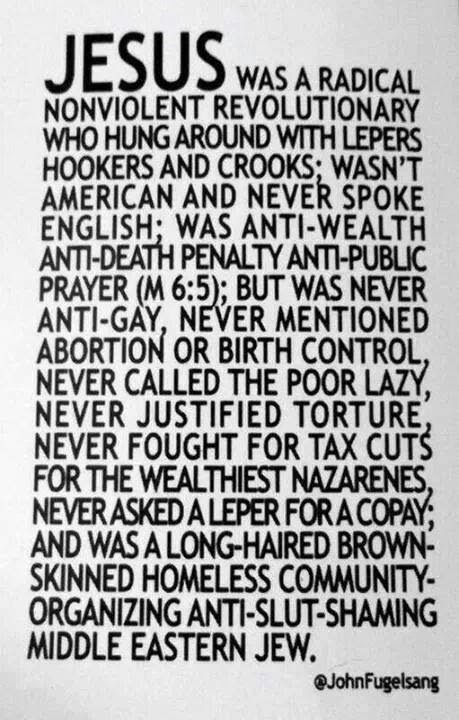 The CIA gets it wrong -- again

The CIA really screwed up back in 1961 when it plotted to murder Patrice Lumumba -- and just look at the mess it created in all of central Africa as a result, even today.  The CIA also blew it bigtime when it overthrew the democratically-elected president of Iran back in 1952 -- and Iran has pretty much been one of the CIA's biggest headaches ever since.

And of course there was also the CIA's famous Mandela fiasco -- wherein "The Company" supported apartheid in South Africa and schemed to have Mandela thrown in jail.  No wonder Raul Castro was so welcome at Mandela's funeral.  Cuba was a major anti-apartheid player, while the CIA once again stood on the wrong side of history, supported the Bad Guys and helped engineer the evils of bantustans, mass torture, dumpasses and the cold-blooded slaughter of school girls -- plus the CIA, like one other dynasty I could mention right now, also put out false propaganda that South Africa was awash with happy Blacks picking cotton.
The CIA's next total blunder took place in Chile.  How many thousands and thousands were tortured and killed there for no reason as a result of CIA interference in a democratically-elected government there?  According to the Washington Post, the number was 32,197 -- but we may never know the real statistics for sure.  Let's list Chile as another political (and moral) failure for "The Agency".

Don't even get me started on Vietnam.  Or Cambodia.  A land-war in Asia?  Never a good idea.

And let's not forget the CIA's disgusting and ugly ongoing disaster in Central America, starting in 1954 when the CIA drew up a "disposal list" to systematically assassinate 58 of Guatemala's democratically-elected leaders in order to install the worst sort of dictators there http://www.latinamericanstudies.org/guatemala/list.htm.  This illegal and immoral strategy eventually cost American taxpayers untold billions of dollars -- yet another big "Fail" for the "Certified Incompetents of America".

And even today, when farmers in Honduras, El Salvador and Guatemala go out to plow their fields, they are still finding silent graves filled with whitened bones planted there by CIA-backed Death Squads.  That whole decade of the 1980s was just one big blood bath after another in Guatemala, Honduras and El Salvador.  I shudder to even think about it.  So much shame is there.  And so much bad PR for America.

But let's not forget Iraq either, the CIA at its very lowest ebb.  False intel there.  A trillion dollars frittered away on creating corpses -- a million of them by some counts.  Wrong, wrong, wrong.

And the CIA-backed neo-cons in Israel have also been a big failure.  Those IDF blackshirts have turned out to be nothing more than Cossacks in sheep's clothing as they run their viscous pogroms through the Christian and Muslim shtetls of the West Bank and Gaza http://www.roitov.com/articles/mandela.htm.

Not to mention CIA failures in Afghanistan, Libya, Syria, Belfast, Beirut, Georgia, Cuba, Grenada and Dallas http://readersupportednews.org/opinion2/277-75/21159-focus-the-only-thing-we-have-to-fearis-the-cia.  You can always count on the CIA to back the wrong players and/or play the wrong game.  The whole Middle East is in flames today, thanks to the CIA.  Not to mention the alleged blow-back in 2001 at the World Trade Center -- or was that just another one of the CIA's failed war games too?  Either way, America also lost bigtime here due to the CIA.  http://www.theamericanconservative.com/articles/cias-colossal-flop/

Thank goodness there was no CIA during the 1861 Civil War.  It would have supported the Confederacy of course -- and with the "Virginia Farm Boys" covering his back, General Lee would have lost even sooner than he did.  Or imagine if "The Agency" had been around during the 1776 Revolution!  With the kind of help that it has to offer, we'd still be saluting the Queen and sipping High Tea.  And the CIA would have just loved George Armstrong Custer.  "There are not enough Indians in the world to defeat the Seventh Cavalry."  Sounds like CIA spies wrote that report.

"But Jane," you might ask, "if the CIA has had so many abominable black marks against it and such dismal failures on its books, how come 'The Company' hasn't gone bankrupt yet?"  That's a very good question.  If any other corporation in America had failed its customers this often, abysmally and immorally, one would think that it would have been forced to go bankrupt a long time ago.  Its publicly-traded stock would have been worthless and laughed at.  But not this "Company".  Apparently the CIA leads a very charmed life.

I occasionally wish that I could do something like that too -- start a business and know for sure and always that no matter what wrong thing I would ever do with it, what ever bad business decision I would ever make or how often I would horribly screw up, I would still automatically make almost a hundred billion a year anyway.  Wouldn't that be cool -- to just sit back and receive corporate welfare like "The Agency" does, no matter how badly I blow it.  Those CIA people certainly do have it all going on.

"But Jane," you might also ask, "the CIA is a government operation, not a corporation."  Yeah right.  You just keep telling yourself that.  The CIA never has to answer to We the People.  It answers only to the corporations that own it.  That's not "government".  Government, in a true democracy, must be of service to its people.  And how the freak have We ever been served by having America's reputation shredded to ribbons throughout the world?

PS:  In a recent article in the Berkeley Daily Planet, George Lakoff wrote about how neo-cons use the word "redistribution" in a very negative way, like it's a freaking crime to take from the rich and give to the poor.  http://www.berkeleydailyplanet.com/issue/2013-11-22/article/41654?headline=The-NY-Times-uncovers-conservative-attacks-then-prints-one-both-are-on-the-front-page--By-George-Lakoff

But where in the freak do rich people actually think that they got all their "trickle down" money in the first place?  From poor working stiffs like you and me, of course.  Duh.  It's called "Trickle up".

Hell, if it weren't for strikes and unions and grassroots political candidates like Alan Grayson and Elizabeth Warren, you and I would all be running around in loincloths and working 18-hour days right now so that the rich could get even richer.  So isn't it high time for us to "redistribute" some money back into our own pockets where it came from in the first place?  Yeah, duh.

WHY do so many neo-cons have their knickers all in a twist right now over the use of the word "Holiday"?  I don't get it.  Isn't the word "Holiday" an abbreviation of the phrase "Holy Day"?  So Fox News is now saying that Christmas isn't holy?  Huh?  http://www.truthdig.com/report/item/bill_oreillys_war_on_jesus_20131224