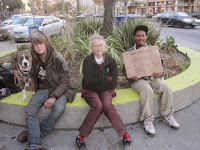 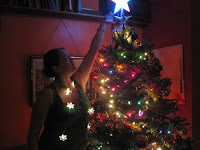 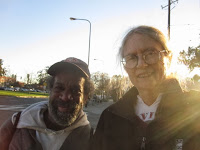 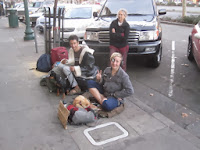 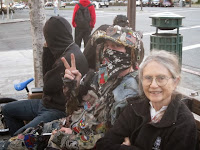 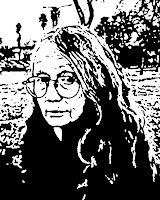 Berkeley writers: Famous authors from my home town
Way back in 1972, I found myself really struggling to find a place for myself in the new Nixon America, both philosophically and economically.  The 1960s were clearly over and nobody wanted to hire me --  either as a hippie single mother or as a female city planner with a masters degree from Cal.  The days of Johnson's Great Society and Urban Removal were gone completely and monies that used to go to improve our urban infrastructure had all been consumed in a fire called the Vietnam War.  Plus planning departments throughout the land were mostly hiring only men "because they had families to support".  Hey, me too!
And so I decided to go to a hypnotist who would then ask my subconscious mind for advice on the subject of, "What should I do with my life?"  What am I good at?  And the answer came back so definitively clear that it startled me.
"You are a WRITER," screamed my subconscious.  Go figure.  Or maybe it had said, "Righter," meaning a person who seeks justice and to put things to right.  Or perhaps both.
And 40 years later, here I am -- constantly writing my little heart out.  So my subconscious mind was clearly on target.  And I am also now living in a city that is famous for its writers (and Righters too):  Berkeley, California.  So I decided to go for a walk and check out the places where these famous writers had lived.
Alan Ginsberg lived at 1624 Milvia Street when he wrote "Howl".  And he also used to come over to visit my friends at the Woolsey Street House and hang out with Country Joe McDonald, Chogyam Trungpa and the Floating Lotus Magic Opera.

But then I got to thinking about all the other residents -- writers, Righters or not -- currently living in Berkeley who do NOT have any homes.  James, the writer who lives on the sidewalk in front of Jon's ice cream shop, for instance.  He has no home.  And there are many, many, many others too -- writers or not -- who now live on our streets, unprotected and constantly at the mercy of weather, economic downturns, criminal minds and bad luck.

And these are only the homeless people in Berkeley that I'm talking about.  All across America today there are thousands -- probably even millions -- of potential writers (and Righters) who are now (involuntarily) On The Road.

The strange and cancerous growth of homelessness in America since Jimmy Carter should surely give me something to write about.  And should give you something to write about too.  For instance, you could write to your congressional representative and tell him or her to stop spending our money on sleazy bank bailouts and stupid wars and start spending it on housing and schools instead.  Who knows?  Perhaps somewhere out there, homeless and afraid and without an education, is America's next William Faulkner, Mark Twain or Janet Evanovich!  http://www.ted.com/conversations/9175/less_than_1_paid_for_the_worl.html

PS:  Didn't Mark Twain live in Berkeley too?  Or at least visit here a lot?  I know that he left his memoirs to the University of California.

PPS:  Here is an article I wrote back in 2007 after my visit to Nelson Mandela's home town, Soweto, back when I was in the Peace Corps in South Africa.  "Up the 'Bucs!"  http://jpstillwater.blogspot.com/2007/09/u-p-bucs-visiting-south-africas-soweto.html

And another article I wrote about Mandela's relationship to Lucas Mangope, uncrowned king of the Setswana, who lived in my South African home town. http://jpstillwater.blogspot.com/2007/09/lucas-mangope-one-of-south-africas.html