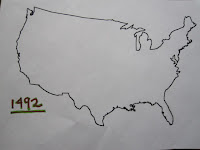 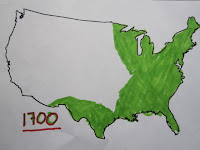 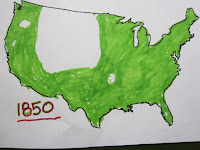 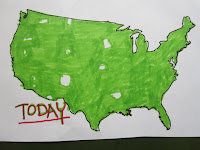 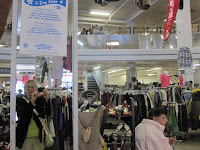 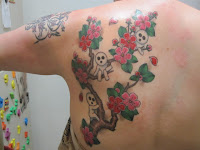 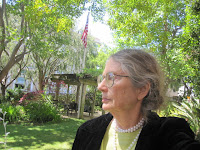 America: The place where Israeli neo-cons get their Big Ideas!

Some people are always unjustly accusing Israeli neo-cons of learning their rather barbaric occupation strategies (of torturing, killing, harassing, stealing from and jailing Palestinians) from the Nazis -- but that's just not true!  Israeli neo-cons actually stole their barbaric, inhumane and uncivilized methods and ideas from America!  And I have the maps to prove it too.

You know that map series that shows the changing demographics of land distribution between Israel and Palestine, from 1947 to present times?  With the Israeli lands all illustrated in white and the shrinking native lands illustrated in green? http://en.avaaz.org/1108/palestine-gaza-statehood-bid-un

Well, I've been working on creating a demographic map of America between 1492 and present times too -- illustrating land distribution between Native Americans and Euro-Americans in 1492, 1700, 1850 and now.  And will it look familiar?  Oh yeah.  So stop trying to blame the current Israeli neo-con foreign and domestic policies http://www.roitov.com/articles/inventions.htm on the Nazis -- when we already gots a winner right here in the good old U.S.A.

PS:  Here is my version of the above-described demographic map of America, that I've drawn so far -- except that I got the green bits and the white bits mixed up.  Mercator would probably be rolling over in his grave right now but, hey, it's the best I could do.

And now perhaps it's time to start working on a new map -- of what America's very own "Project for a New American Century" neo-cons have in mind for Israel next.  And this one is gonna be big, even bigger than my map of the U.S.  And it's gonna use up a hecka lot of green ink too -- stretching all the way from Algeria and Libya, through Egypt, Turkey, Saudi Arabia and Iran, all the way to Uzbekistan by 2050.  Will get back to you on that one.

PPS:  A mainstream Israeli newspaper has just reported that an ex-Bush official believes that the current chemical weapons charges against Syria are all false flags, planted by Israeli neo-cons.  And if Bush's guy is right, the Israeli neo-cons probably also copied that idea from all those American false-flag reports that Saddam Hussein had chemical weapons as well  http://www.haaretz.com/blogs/west-of-eden/former-bush-administration-official-israel-may-be-behind-use-of-chemical-arms-in-syria.premium-1.519172

And now those copy-cat Israeli neo-cons have just dropped bombs on the Damascus airport.

Since 1997, Syria http://www.freepalestinemovement.org/home.html, Libya, Iraq, Afghanistan, Yemen, Iran, Pakistan, etc. have all suffered violent military and economic attacks by American neo-cons.  And this roll-call of preemptive aggression on the Middle East reads just like a page out of the PNAC playbook http://morallowground.com/2011/06/03/on-this-day-1997-project-for-the-new-american-century-founded/.

And now even East Jerusalem is under attack by Israeli neo-cons http://www.roitov.com/articles/jerusalemroads.htm

When we all voted for Obama in 2008 and again in 2012, we naively assumed that we had finally put an end to all that PNAC craziness.  But no, no, no and no.  The PNAC plan is obviously stronger than ever right now.  So much for hope.  Obama is clearly a PNAC type of guy.

And apparently America's current upper escalations of power are also Al Qaeda types of guys too.  According to Global Research, "[T]he recent Israeli strikes prove outright that Israel, acting on behalf of the US, is fighting on the same side as Al Qaeda in Syria.  Western efforts to bolster supposed ‘moderate rebels’ have clearly only bolstered what has always been the main demographic of the militant ‘opposition’:  Salafi/Jihaddi inspired and fomented militias, that do not espouse anything close to democracy."   http://www.globalresearch.ca/war-and-moral-expediancy-us-and-israel-support-salafist-jihadist-terrorists-in-syria/5334315

As Dorothy Parker used to say, "What new hell is this!"  It's a Hell that is costing American taxpayers their very life-blood, that's what.

PPPS:  Here's a recent report from Gaza by an American doctor visiting there:

"...The refugee camps we visit seem even more soiled and overcrowded than before, and there is trash everywhere.  The UN is running out of money to maintain its food assistance program and people are revolting....  Gaza is a pressure cooker.  The UN predicts that Gaza may become inhabitable after 2020.   But we will keep coming back as long as we can.  Our conscience demands this of us http://palestinechronicle.com/gaza-we-will-keep-coming-back/#.UYQsxsqcHBY

PPPPS:  Sanctions on Iran?  Screw that.  Somebody needs to put sanctions on those sleazy, war-mongering Israeli and American neo-cons http://vimeo.com/64853585.  And what if Russia, Iran, China and India started a boycott of America and Israel too?  What then?  Here's what:  All of the shelves in all of the WalMarts in America and Israel would stand empty quick as a wink.