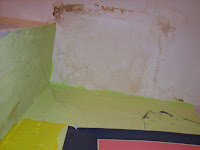 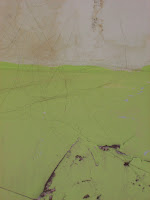 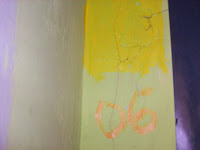 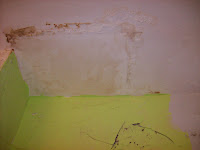 To all parties concerned with regard to Savo Island's 2001-2008 rehabilitation project:

This letter is in response to memos from Savo Island's rehabilitation project manager Ronnie Turner (dated January 18, 2008) and our property manager Dave West (dated January 22, 2008). Both memos were in reference to the current progress and status of Savo Island's rehabilitation project. One sentence in Mr. Turner's memo caught my eye immediately and my reaction to the information provided was one of shock and dismay on behalf of the residents of Savo Island that I represent on this Board.

"Over the next month be prepared to have a standing meeting during this same time frame as we ramp up the activity to meet our stated goal of a construction start of July or August of 2008."

July or August? What does this mean? It was announced at a board meeting in mid-2007 that the re-hab construction would start this March and that our construction team would have all summer to complete the project during this period of good weather. But if the project is being put off yet another four to five months and we end up going into yet another winter characterized by shabby conditions and leaking roofs, we will be in even worse shape than we are now.

Residents simply cannot afford to endure yet another winter like we have survived during the last few years. I personally have had unrepaired water damage to my unit since the winter of 2005.

Based upon past experience with the proven rate of efficiency of Savo Island's current Broad of Directors, I am assuming that "August 2008" will soon translate into "August 2009" -- or perhaps "August 2010". Yet this construction was originally scheduled to start in approximately 2001.

The current majority of members now serving on Savo Island's Board of Directors have controlled the majority of its votes for most of the last 15 years. During this time, they have failed consistently to fill units, approve policy agreements, keep management companies on-board, obey bylaws, obey HUD guidelines and mandates, maintain our property, keep us solvent and schedule our annual meeting annually. Therefore, I am not surprised that they have not been able to get a re-hab on the table even though they have been given seven years to make this project viable. Be that as it may, I now expect this re-hab to go forward with all due speed ASAP, if by no other means than to request current Board members to voluntarily -- or involuntarily -- step down from micro-managing every small detail and let our excellent and efficient current team of management and construction professionals do the jobs that we are paying them to do.

Let's work together and do whatever we have to do in order to make this July/August deadline happen.

Attachment: Photos of the water damage in my bathroom, 2005 to present
Posted by Jane Stillwater at 10:42 AM