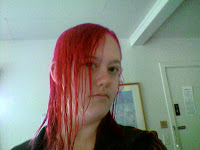 Tales from behind the counter at the mall: Generation X-Box speaks up!

Geez Louise! Jobwise, things have really changed from when I was a twenty-something. Back then you got out of school, you looked for a job, you got a job and then you hung on to it for dear life. Well, actually, I didn't -- but other people did. Back in the 1960s, you could work for three months, save a bunch of money and go spend the winter in Mexico. But my friends held down their jobs like their lives depended on it. But, hey, I was ahead of my time.

Back in the 1960s, the pay was so high and the expenses so low that I could work a summer job for three months and make enough money to put myself through a whole year of graduate school with what I had earned. The tuition at UC Berkeley back then was $150 a year and my rent was $45 a month. And I lived on carrots, snack crackers and cheese and my biggest expense was my textbooks. Ah, Berkeley in the 1960s. I've never had so much fun before or since! But I digress.

Recently I talked with various young adults between the ages of 20 and 25 (aka Generation X-Box) about their employment situations. "What is the job market like?" I asked, being all into my deep-seated fears for the economy and all that. "Are you having trouble finding a job?" No, actually, they were not. Their answers really surprised me.

"I went to four job interviews at the mall last week," replied one of my research subjects. "And every one of them offered me a job." All of them? Really? And he rattled off a list of potential employers. The Gap. Old Navy. American Eagle. Adidas. Forever 21. Apparently these companies are always on the look-out for new employees who are young and hip and charming and can easily sell the product because of their looks. This guy fit the bill. He was a babe-magnet. If you're not a babe-magnet, I suppose you need not apply but still... Jobs are just right out there for the asking? Amazing. Retail sales must be doing better than I thought.

But maybe this guy's experience wasn't typical so I interviewed someone else and got the same sort of answer. "I found a job at the mall six months ago with no problem. Then I worked for two months, slept on my friend's couch, quit that job, took two months off and then found another job." Amazing. No fear of job security at all!

"And what did you do between jobs?"

"I played Guitar Hero." Oh. "And smoked Newports. And drank a lot of Bacardi." Hey, that's better than doing nothing at all or joining a gang. And way better than Camels and Colt 45.

The third person I talked with did NOTHING all day. I mean NO - THING. How did he support himself? His parents. And some chick that he had picked up on MySpace. But this guy was the exception. Most of the Generation X-Box types that I talked with didn't want to sponge off of parents or girlfriends. They wanted JOBS. Jobs at the mall. They just didn't want jobs at the mall all the time. And they DEFINITELY didn't want jobs that interfered with their social life. But they did want jobs.

Then I interviewed some Gen X-Box gangbangers. Like the do-nothing guy, they didn't want jobs at all either. But I think that they too were exceptions. And I also interviewed some young go-getters who had gotten 110% on their SAT scores and were ready to put their noses to the grindstone for the rest of their lives or save the planet or something. But they weren't mainstream either.

Based on my sociological samples, it seems to me that Generation X-Box is into retail sales -- they want to work at the malls where they grew up. And retail mall outlets are into hiring them too, even if it's only for a few weeks or a few months. The retailers, from what I've heard, expect this sort of behavior, know that Gen X-Box has a limited attention span from watching too many sound bites on TV, and the retailers run their hiring programs accordingly. They conduct group interviews, hire en mass and treat their fledgling employees like cattle. But if you are young, hip and eye-candy for the opposite sex, you can apparently always find a job. And a couch to surf on. And life is good.

What's my moral here? That Generation X-Box is doing just fine. But I'm a bit worried about Generation X-Box in ten or twenty years from now when they are all puffy-eyed and paunchy and the retailers of all those flashy, trendy clothes don't want them no more because they got a whole new generation coming up behind this one to chose from.

What will happen to Generation X-Box when they are no longer in style? I don't know. But as a mother and grandmother, it is my job to worry about them. "Stick with one job, son," I keep telling them. "And take care of your health!" But did I do that when I was their age? Heck no. But if I had, my Social Security check would probably be more than $317 a month. But then I wouldn't have so many outrageous memories either. You gotta consider the trade-offs.

Posted by Jane Stillwater at 4:48 PM