Don't you just hate being lied to?  Apparently not.  We Americans all get systematically lied to every single time we turn on the TV -- and yet nobody seems to mind.  "Pharmaceutical side effects are worth it, the climate crisis is a myth,  Zionists have every right to murder Palestinians, banksters are our BFFs, the chemical attacks on Syria weren't staged, there are new well-paying jobs springing up like mushrooms...."  Whatever.  https://www.thegatewaypundit.com/2019/12/wikileaks-chemical-weapons-watchdog-ordered-deletion-of-all-traces-of-findings-that-syrian-chemical-attack-was-staged/

"But I'm not lying!" Madam Jane told me this morning.  "I'd never lie to you!"  Yeah, right.  "There really will be world peace in ten years!"

Sorry but I just gotta call bull-dookie here. "You really have the nerve to tell me that after Americans just spent seven trillion dollars on all kinds of deadly weapons, nuclear bombs, chemical warfare, drones, aircraft carriers and even hand guns, I'm supposed to believe the human race is actually going to get its shite together and suddenly become peaceful in the next 3650 days?"

That there's no climate crisis hovering over us, that America's brutal attacks on Iraqi, Syrian and Iranian oilfields will suddenly come to an end, that Americans will actually give up their fossil fuel cars?  That Big Pharma's pricey little white pills are going to miraculously cure us?  Dream on. 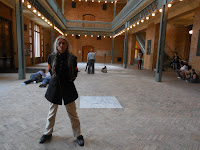 "Are you really trying to convince me that we now live in a perfectly peaceful world?  That assault rifles are an absolute fashion-accessory must-have?  That there are oodles and oodles of affordable housing units available here, that homelessness doesn't exist, that America is a democracy, that mega-corporations pay their fair share and that our current President, various Congressional legislators and members of our Supreme Court all love women (but in a good way)?"

The list of lies they tell us goes on and on.  "Coke Zero is good for you.  Our infrastructure is safe.  We can't allow big banks to fail.  Corporations don't need to pay taxes like the rest of us.  Al Qaeda's White Helmets are good guys."  And that America's so-called wars and proxy wars on Vietnam, Korea, Chile, Afghanistan, Russia, Honduras, Cuba, Bolivia, Libya, Guatemala, Iraq, Venezuela, Syria, Palestine, Ukraine, Yugoslavia and Yemen are necessary to keep America strong?

And now Madam Jane is telling me that I'm spozed to believe that America, the greatest war-mongering liar in history, will suddenly want to start acting like Mother Theresa in just ten short years?  That male White Nationalists will suddenly come to Jesus and no longer want to shoot you and me?  That the climate crisis will suddenly be averted and that even our two-year-olds will all get along and never ever fight over toys ever again?

"No No No!" said Madam Jane.  "I stick with my prediction.  In ten years there really will be world peace...because...in ten years...the entire human race will have killed itself all off."  Oh.
https://www.amazon.com/Visions-Lost-Future-World-Stillwater/dp/1532803850

Happy New Year, everyone!  It's now 2020.  We only have ten more years left.  What can we do to prove Madam Jane wrong?