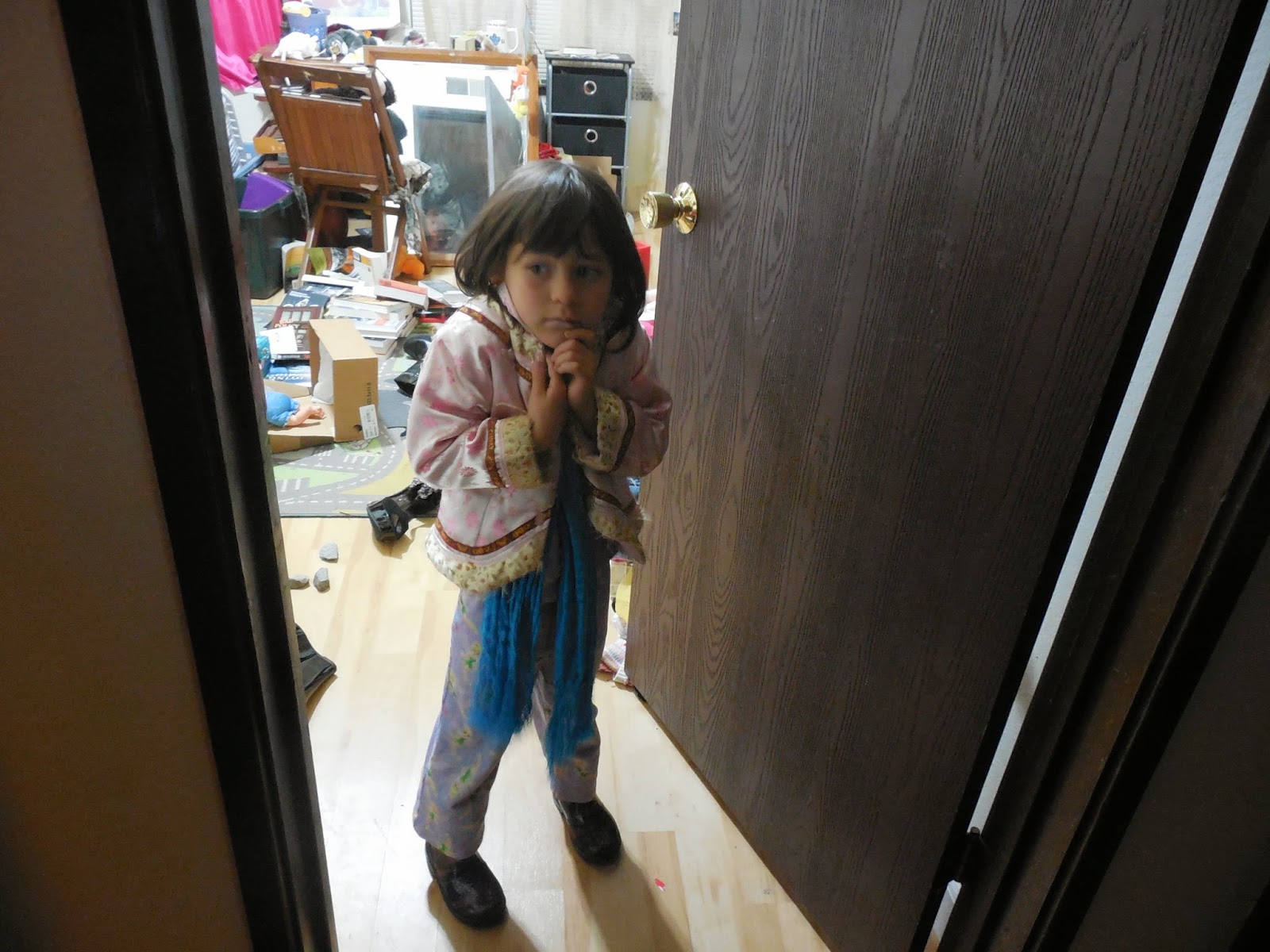 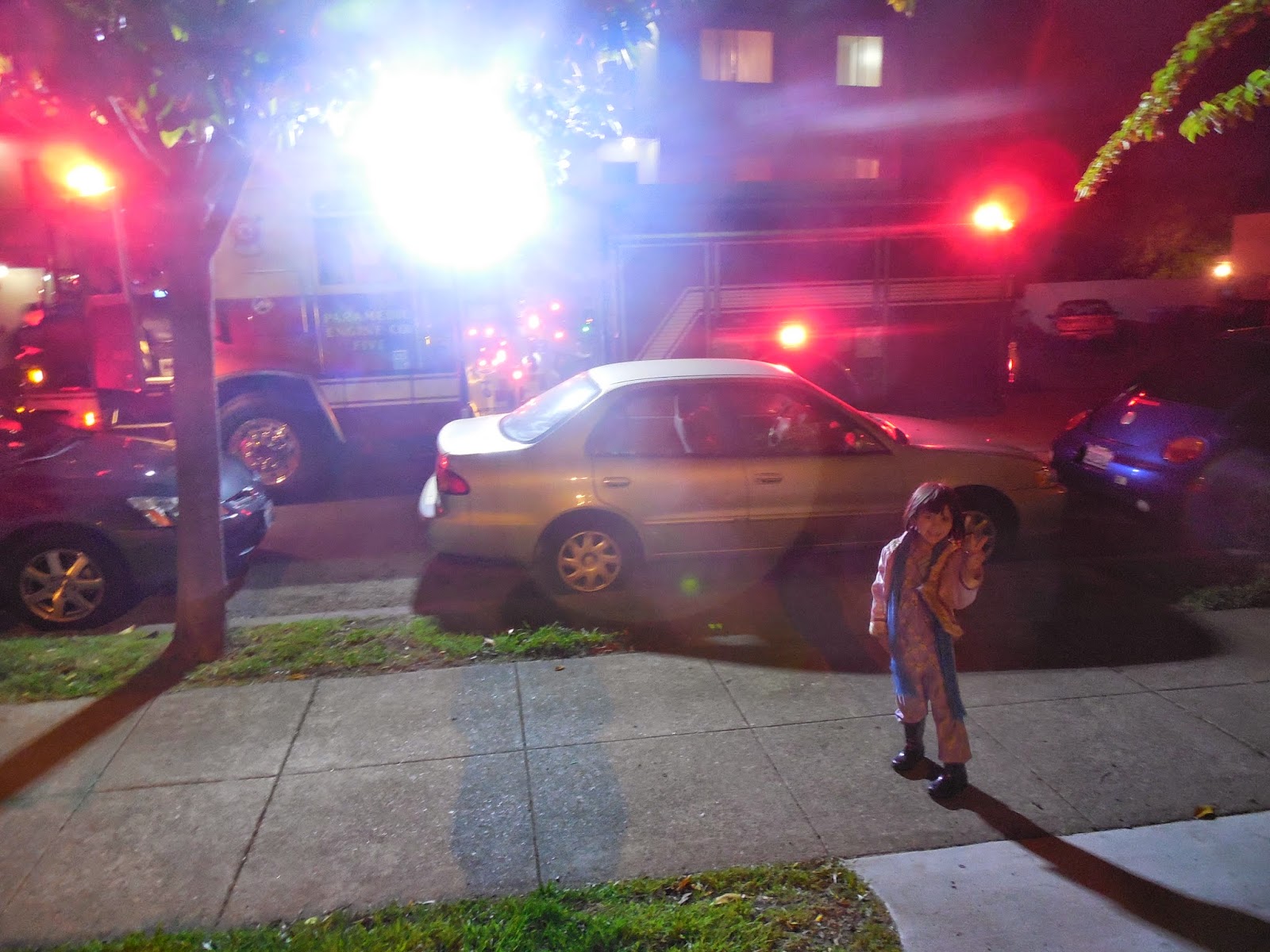 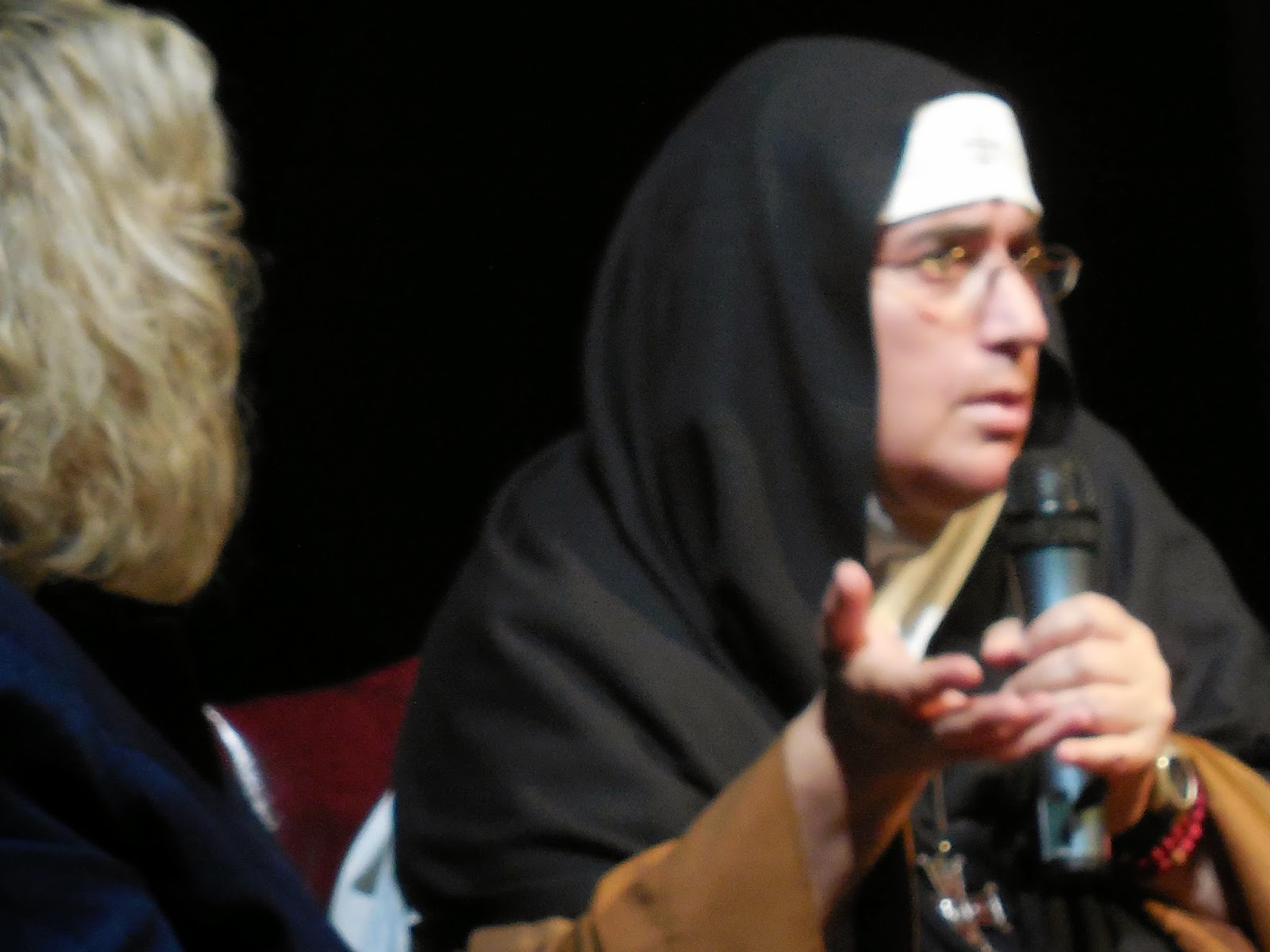 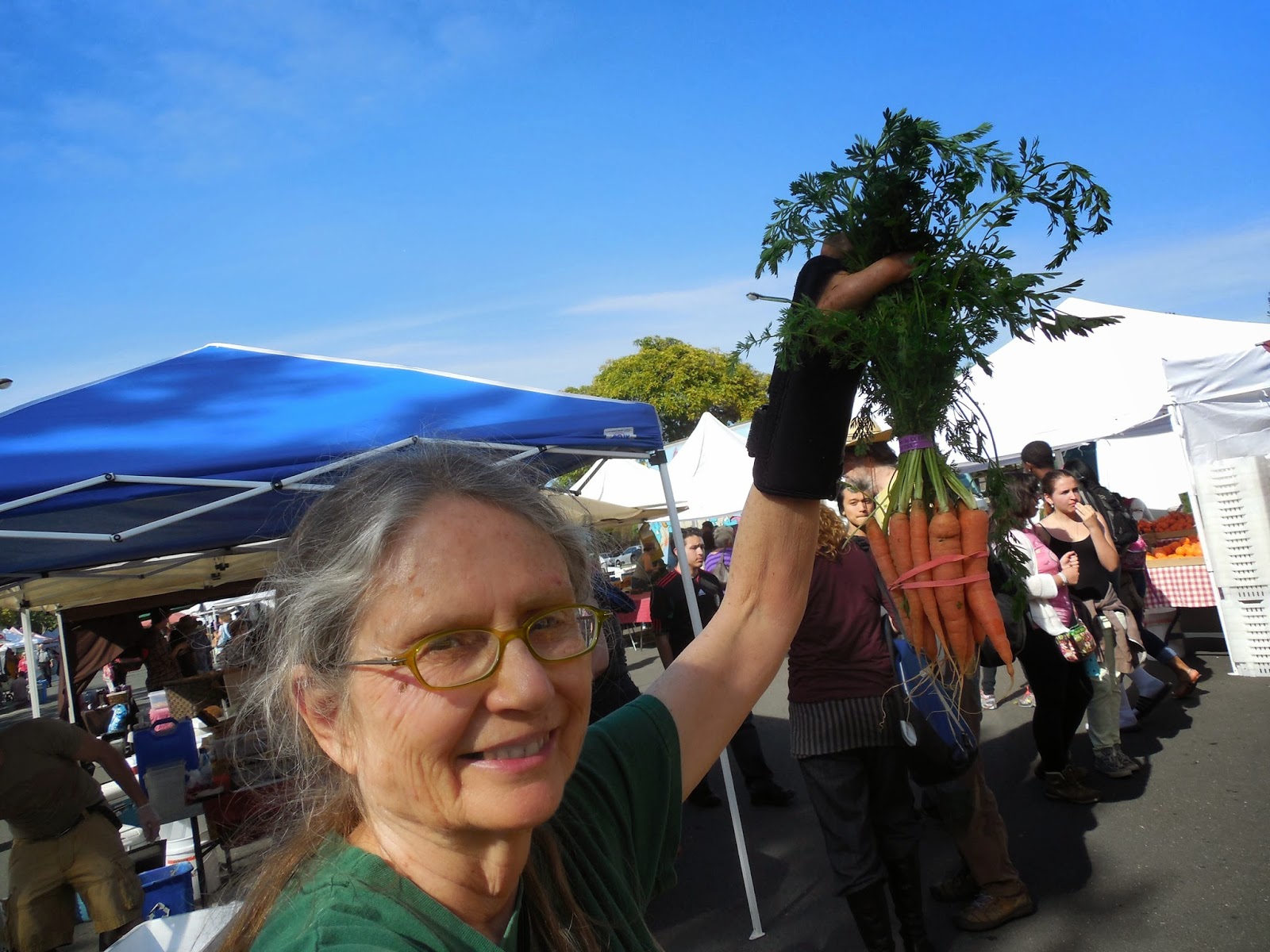 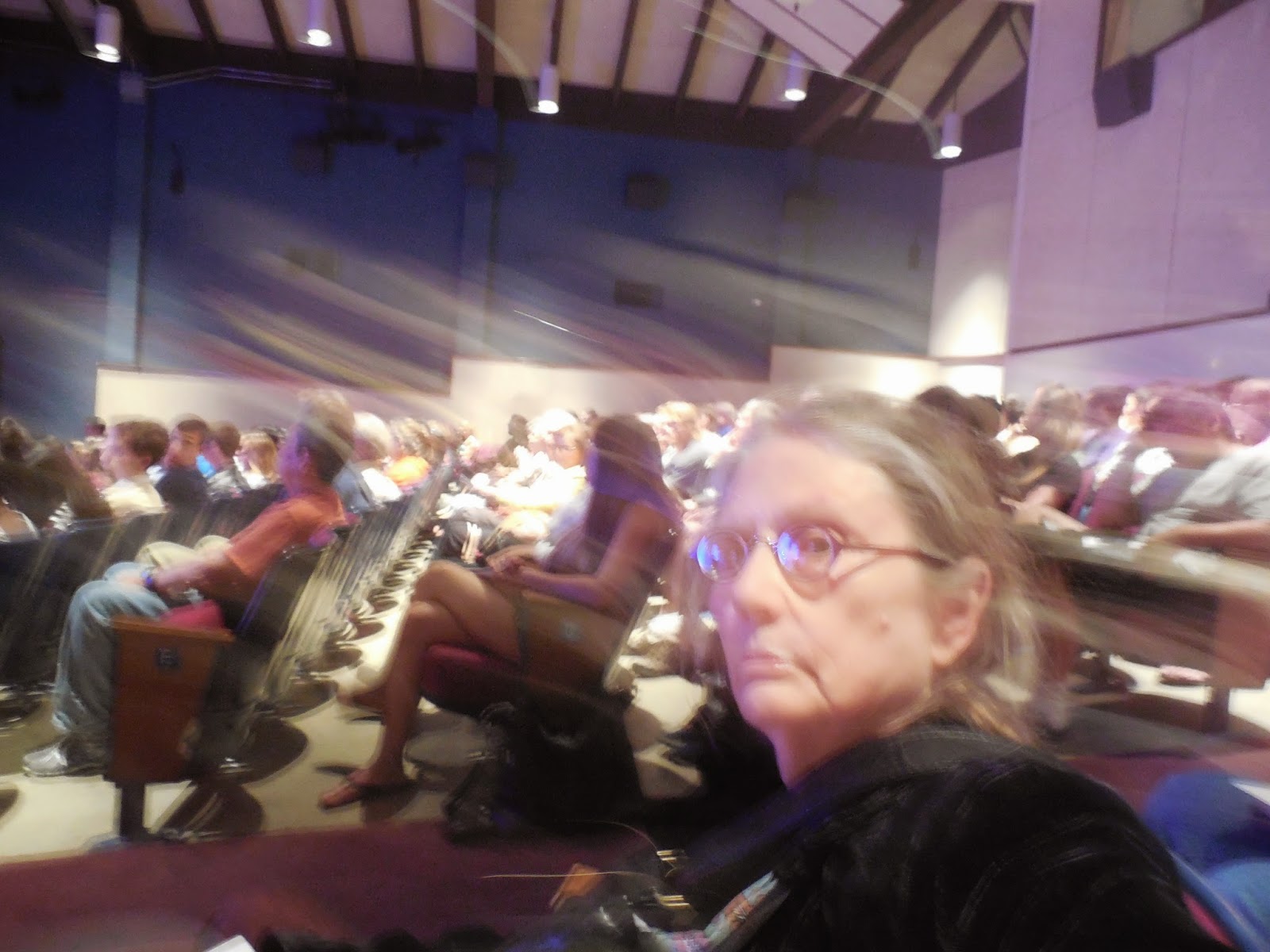 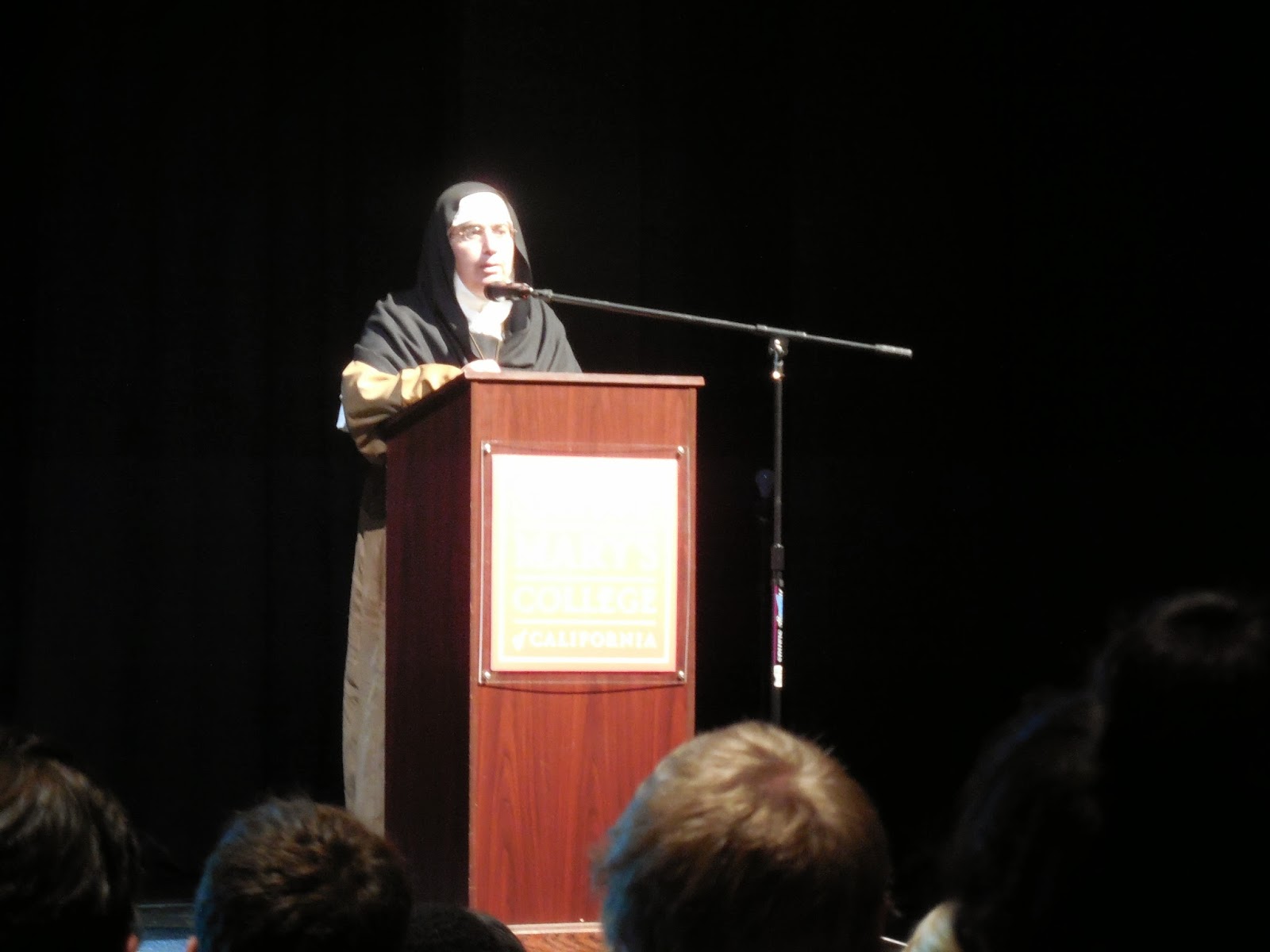 "Engineering Chaos": Mother Agnes-Mariam lectures neo-cons on their bad behavior
I just went to hear Mother Agnes-Mariam, a Syrian nun dressed in a serious nun outfit, give a talk on the horrible situation that her country finds itself in today -- and I ended up with ten pages of notes on the shocking details of what she said.  However, the main gist of her talk can be summed up in just a few words.  "[Western neo-colonial] powers have been engineering chaos in Syria -- and they need to stop this disruptive behavior right now so that peace and reconciliation can safely proceed."
According to Mother Agnes-Mariam, these Western powers-that-be have been "engineering chaos" in Syria quite successfully over the last three years.   But I would also like to add that Western neo-cons haven't just been engineering chaos in Syria -- oh no.  They've also been doing it everywhere that they can, all across the Middle East.  And then it also suddenly dawned on me that said neo-cons have been following a similar step-by-step pattern all over the world, not just in the Middle East:
Step 1:  Find yourself a resource-rich country where a percentage of the population is unhappy -- for whatever reason (and if you can't find any unhappy people there, then just make some up).
Step 2:  Begin to foment revolution in the name of "Freedom and Democracy".  Make F&D sound really really good!
Step 3:  Start the killing -- or "Shock and Awe" or whatever you want to call it.  Use terms like "freedom fighters" and "rebels" and "no-fly zones" and "humanitarian relief".  And also be sure to throw in scare-words like "WMDs" and "Chemical Weapons" and "Nuclear Proliferation" whenever humanly possible.  But it doesn't really matter what you call anything as long as chaos results.  Or another Benghazi.  Or another Maiden Square.
Step 4:  The most imperative goal in Step 4 is to make sure that an impressive number of civilians are killed (See Step 3)
Step 5:  Disassemble the mechanisms of state.  Bomb the hospitals.  Bump off the water supply.  Destroy the infrastructure.  Blow up city hall.  Replace the strong-arm guy who is holding the country together with a thousand factional groups who all hate each other and everyone else -- and are willing to kill to prove it too.  Think Iraq.  Think Libya.  Think Yugoslavia.
Step 6:  Move into the void that's created and steal land and resources to your heart's content.  "Good job, Brownie!"
But enough of this.  Let's get back to Mother Agnes-Mariam's talk.  She spoke for over an hour on peace and reconciliation in Syria -- by and for Syrians.  It was a hopeful speech; sadly informative but also rational and inspiring.
And then suddenly five or six people popped up from the audience as if on cue and started shouting at Mother Agnes.  "What about the use of chemical weapons!  What about that dictator Assad!"
I at first thought that the ushers at the venue had over-reacted a bit by telling those guys to either be quiet or leave.  But later I learned that these same guys have been following Mother Agnes-Mariam all around America and trying to disrupt all of her talks.
And at another one of her talks, I later found out, Mother Agnes had welcomed their participation and attempted to answer their questions -- only to discover that they had no valid evidence, no real POV and nothing really to say.
These guys were simply trying to "engineer chaos" too!
And afterwards, outside on the front steps, one of these guys (wearing a really expensive-looking suit) handed me his card.  He was from Washington DC, of course.  That figures.

PS:  And who else can you think of who's now happily busy trying to "engineer chaos" right here in our very own United States?  Rush Limbaugh come to mind immediately.  And Cliven Bundy and Karl Rove and the Koch brothers.  And of course Fox News.
PPS:  For those of you who still want to soldier on and read more about what Mother Agnes-Mariam had to say, here are some of the quotes that I wrote down.  I think I copied most of them correctly, but I was writing pretty fast:
"In Syria today, the horrendous reality is of thousands and thousands of mercenaries who enter historic city complexes to turn them into battlefields.  They are terrorists and bandits who spread agony among the residents.
"Sponsored by foreign powers, these 'Tafiri' [self-appointed inquisitionists] 'liberate' towns by forcing the residents out of them.  The majority of Islamic clerics throughout the world denounce the Tafiri, however.
"Syria is a cauldron of chaos -- designed to dismantle a country.  It is engineered by neo-colonials to divide and reign -- and to dismantle and gain.
"All of Syria used to be middle-class.  No homeless people in Syria.  And now they are obliged to beg; living in slums where the violence has followed them.  Mosques, churches and synagogues are also being systematically destroyed.  Factories, hospitals, residences.  Homs now looks like Stalingrad.  Apocalyptic.  The economic and production heart of Syria has also been destroyed.  The engineers of chaos destroyed it.
"A young woman wakes up with no legs.  And her friend is now blind.  In some places, only 3% of the population remain -- and the Takfiri 'rebels' still shell them.  We are living among vampires -- where beheading is getting very normal.  We are seeing heads everywhere.  They play football with them.  One Takfiri leader is said to have beheaded 350 people.
"What happened to the Arab Spring?  That striving for freedom and democracy has been hijacked by the engineers of chaos.  The Free Syrian Army lacks money, its members are starving.  But the Takfiri faction is receiving all kinds of money and weapons.  The Takfiri are in direct opposition to reconciliation.  They come from 80 countries -- and Syrians are their victims.
"There are seven million refugees inside of Syria and two more million outside of the country.  They are starving.  Out of a population of just 22 million, each day 9,500 more civilians are forced to leave their homes.  Soon all 22 million will be displaced.  We are back to the barbarian era.
"When you see something like this in your city -- thousands beheaded, children pushed off roofs, people roasted in ovens -- there will be more and more violence.  But there is a third way.  We have to build bridges.  That is the challenge of reconciliation among Syrians.  We have to develop trust.  We have a lot of martyrs [to the non-violent cause], but we will not stop because the bloodshed must stop!
"Saddam was killed.  Gaddafi was killed.  Has it gotten any better?  If Assad is gone, who will take his place?  The 2000 factions?  No.  How can I reconcile with a group who wants to behead me?  We are now talking to former [FSA] fighters who go back to protect their neighborhoods from the Takfiris.  The FSA is willing to talk.  Even Syria's Al Qaeda is upset that ISIS Takfiri are killing everyone and burning factories.
"We are accused continuously, especially by people in the US, of being political.  This is preposterous.  We are talking only out of a position to stop the bloodshed.  Alternative media can now go deeper and not just repeat mainstream media [brainwashing] ad nauseam.  Go and hear everyone.  I am not an oracle -- but do not put me to death if I disagree.  This is not the way to truth.
"If a solution to Syria's problems is imposed from outside, we will be worse off than before.  We must be free from foreign intervention.  Change will not come from violence.  Violence has just strengthened [Assad's] regime.  All the Takfiris have done is to get rid of the infrastructure of the state instead.  The state itself is the sole hope for Syria.  That, and a dialogue of symbiosis and reconciliation among Syrians themselves."