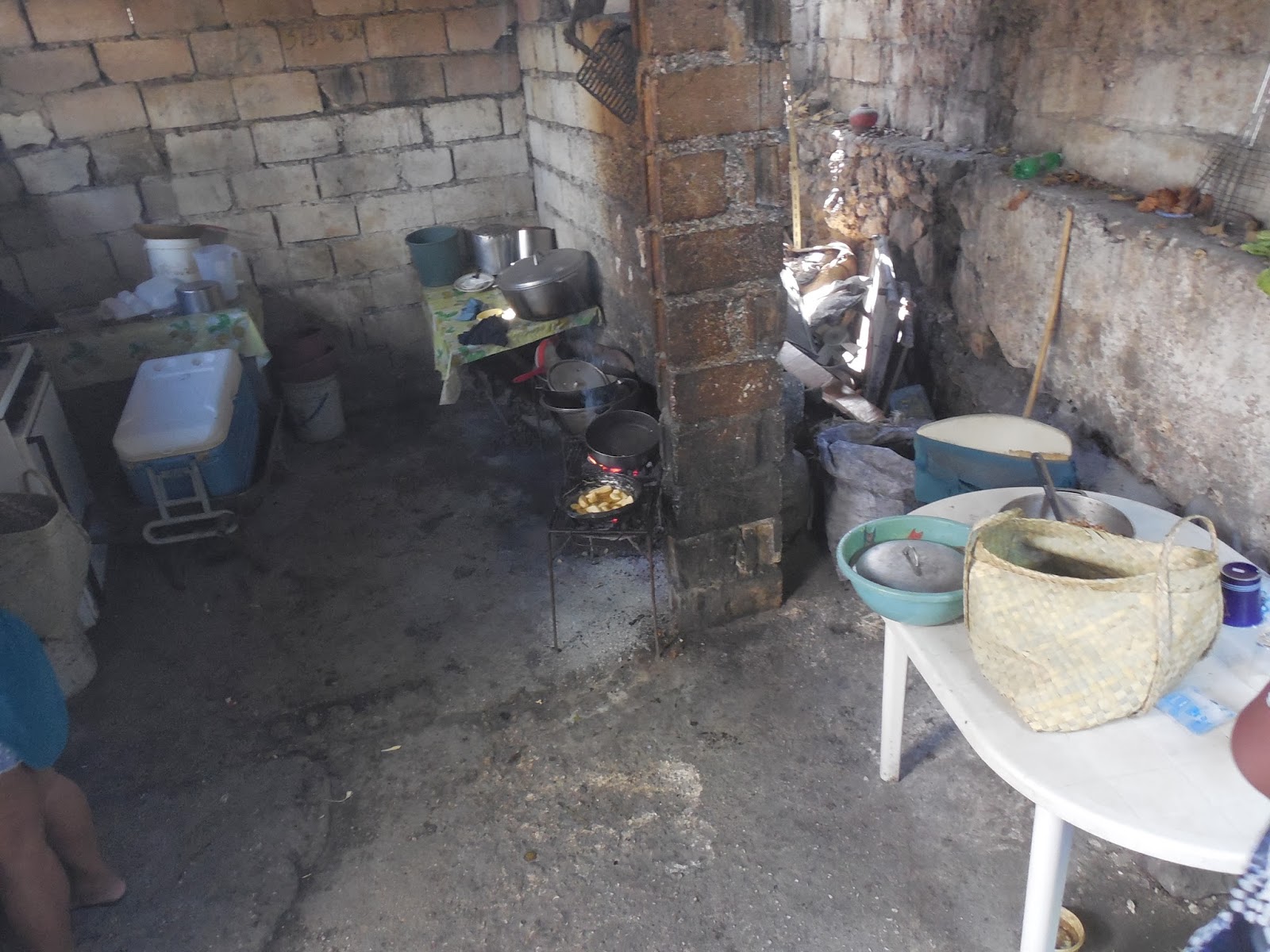 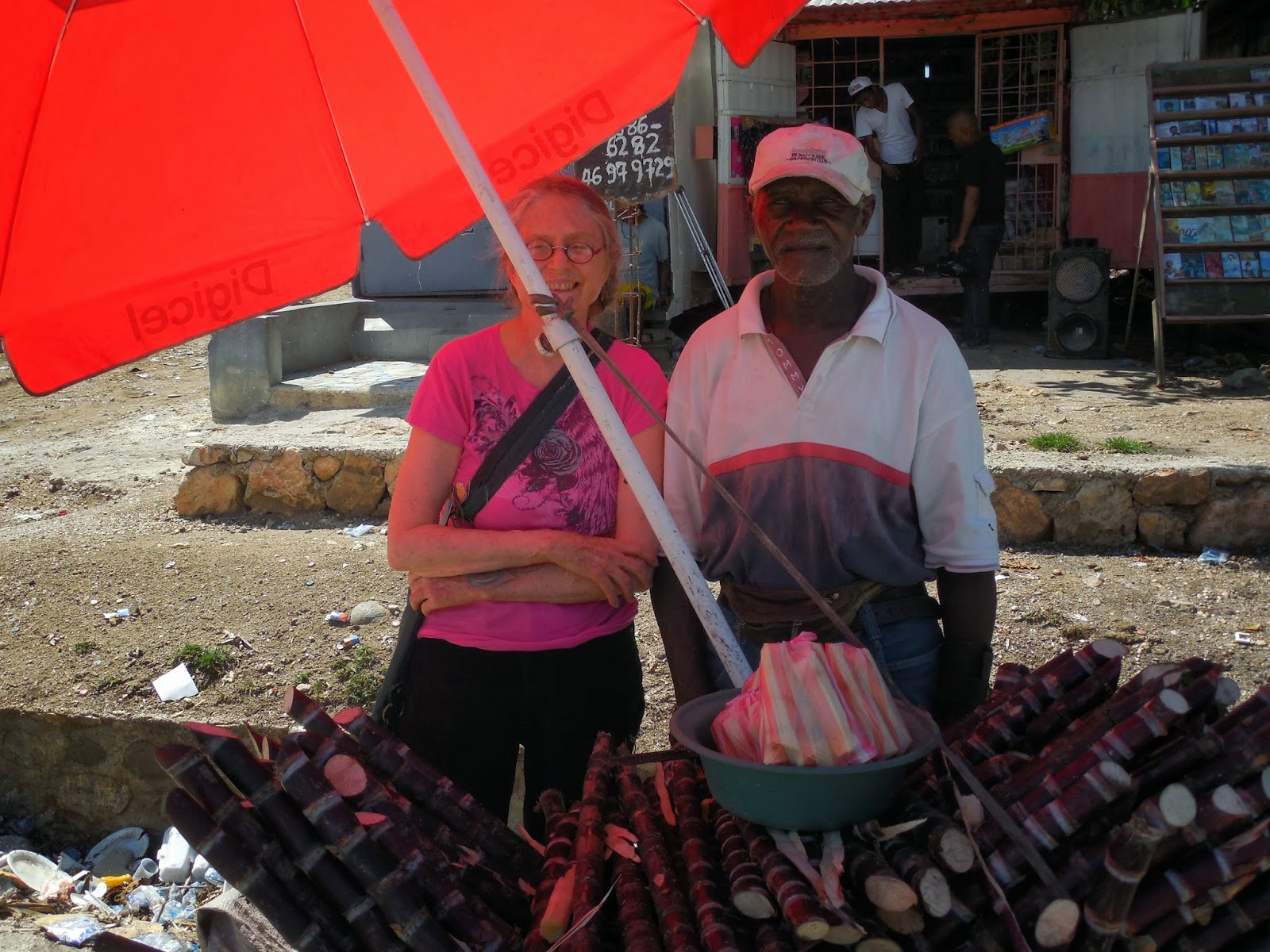 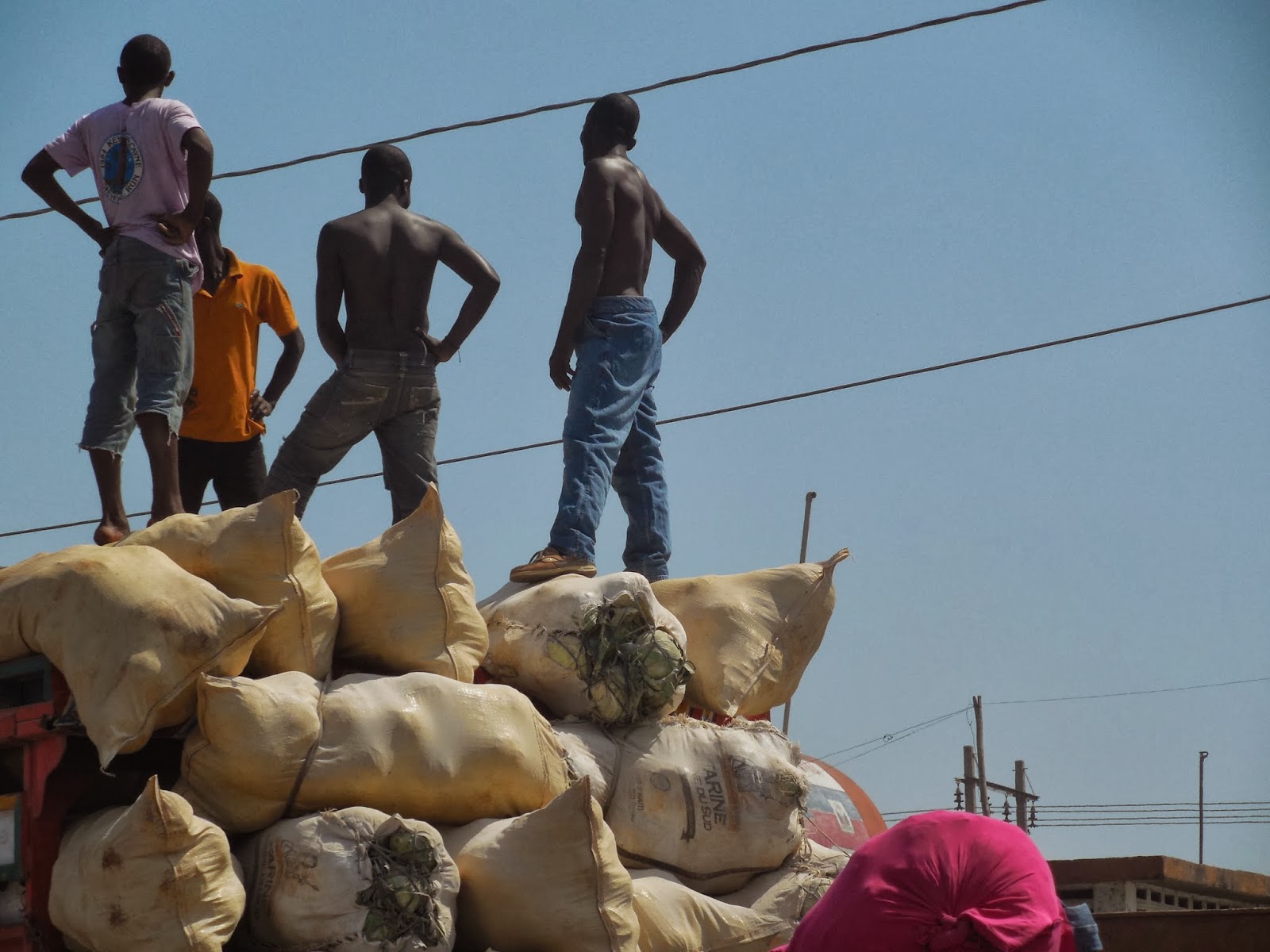 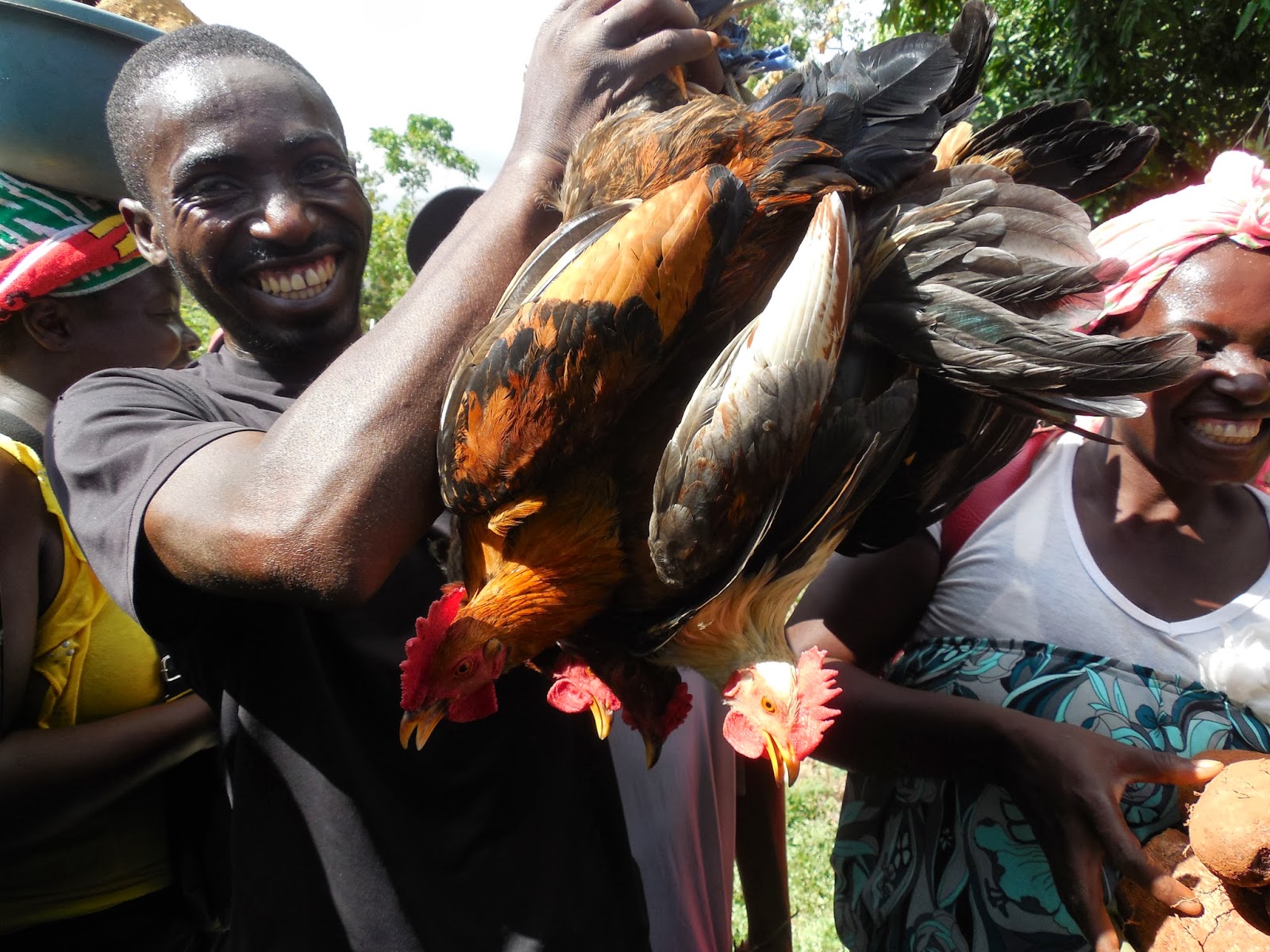 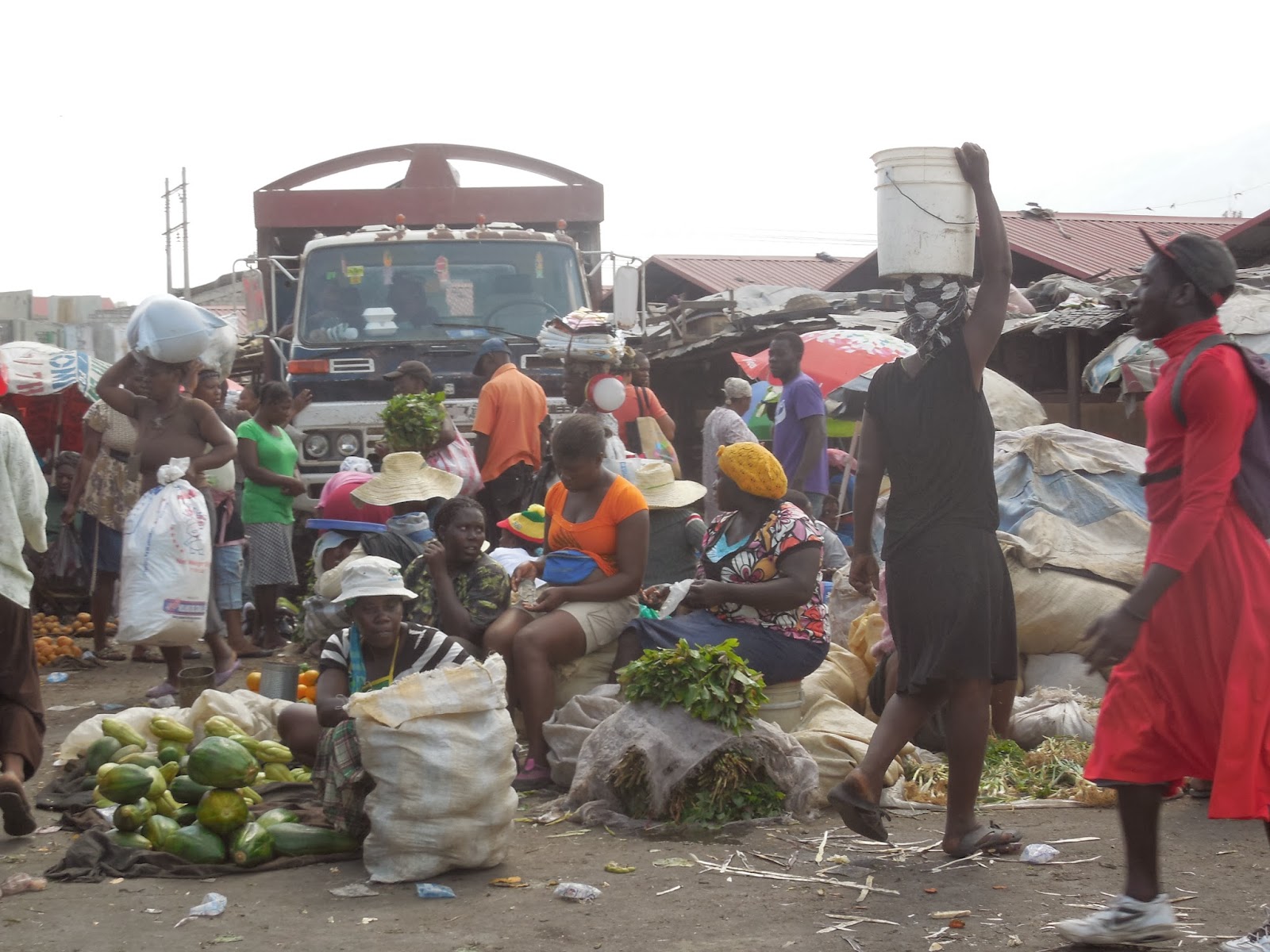 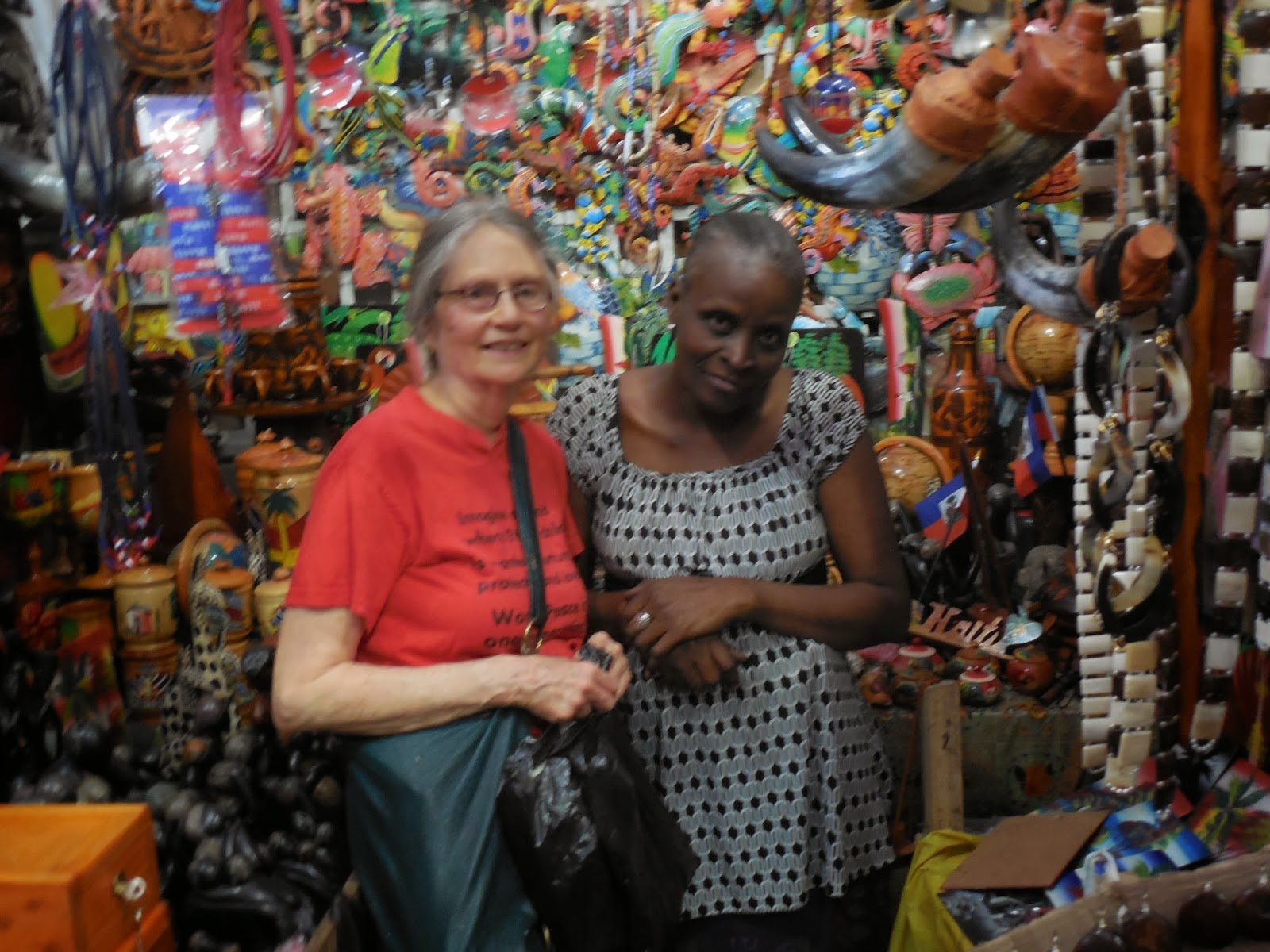 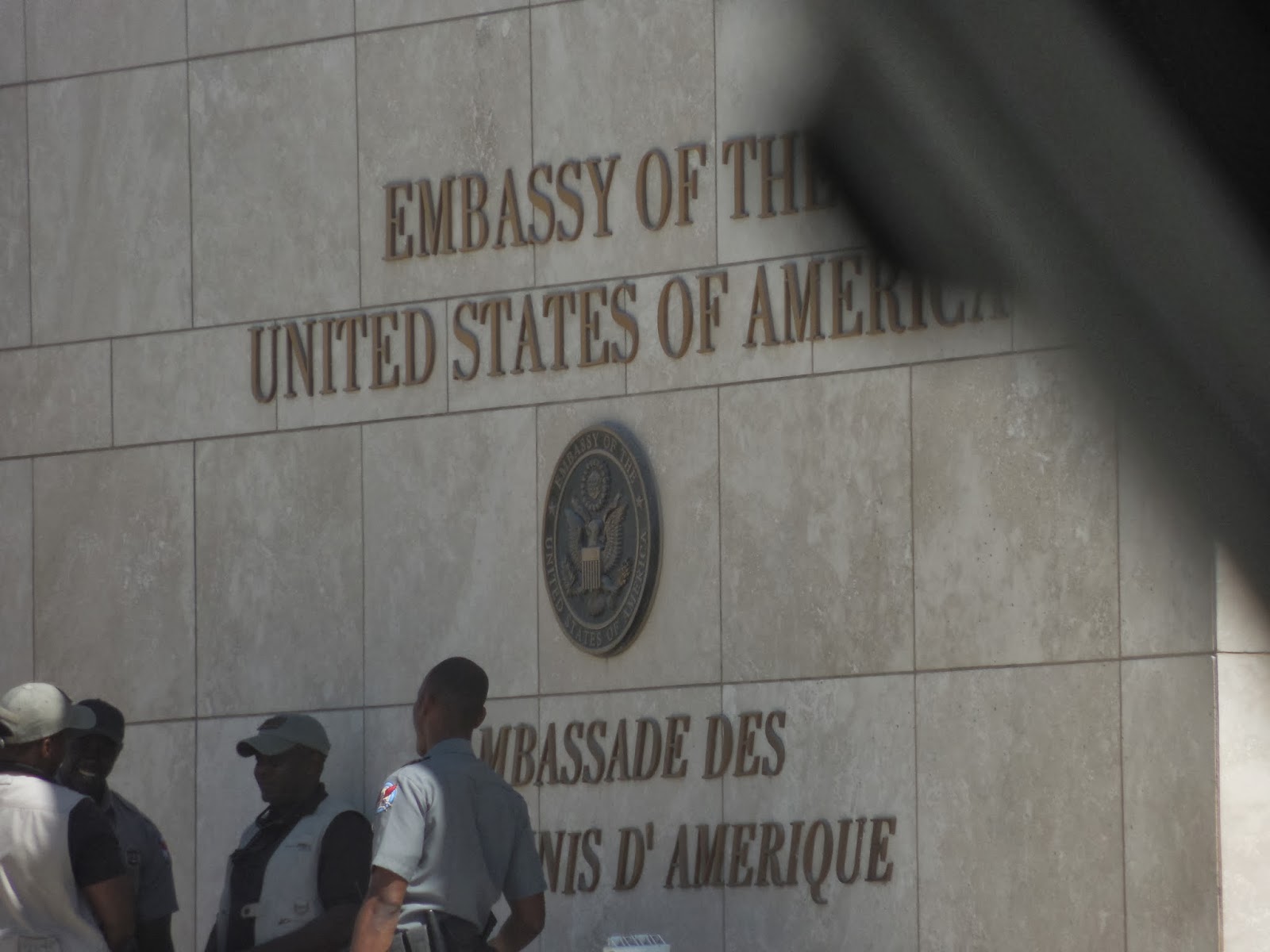 Want to see real capitalism? Go to Haiti!
You think that all those fat-cat corporatist billionaires on Wall Street are capitalists?  Not even close!

Those guys have systematically and carefully cocooned themselves inside of a risk-free, artificially-induced highly-rigged monopoly-style con-game bubble -- created at great cost to salt-of-the-earth types like you and me.  And inside of this fairy-tale ponzi-scheme bubble, the top dogs all cheat and steal, no one goes to jail and you and I are their shills.  Welfare for the rich?  Yes.  Capitalism?  No, no, no and no.  http://www.salon.com/2014/03/07/texas_miracle_turns_out_to_involve_taxing_the_poor_to_help_the_rich_get_richer/

But just come to Haiti and you will immediately see true capitalism at work -- on every street corner.  Everyone here has something to sell.  It's amazing!  The competition is fierce.  There are no monopolies.  Nothing is risk-free.  There are no artificially-created safety nets.  And U.S. corporate fat-cats would only last about five minutes here.
Everywhere you look in Haiti, there is someone setting up a booth or offering a handful of goods to sell or improvising a restaurant on wheels -- or in a wheel barrow.
Ariana Huffington just published a book called "Thrive," and in the opening chapter she talks about how trying to make it in the corporate world has led to very high levels of stress.  http://www.scribd.com/doc/208029742/Thrive-by-Arianna-Huffington-Excerpt?secret_password=12tzqe0gw7cic5epttqj  I would dearly love to see Wall Street CEOs and high-powered American executives who make 30 million-plus a year with the help of a lapdog government that they own lock stock and barrel -- would love to see these spoiled brats and primadonnas get their asses kicked by the competition of trying to sell yams or used T-shirts on the streets of Port au Prince.
Within a half-hour at most, these fancy dudes would be begging to be taken back to their sweet little tax shelters and big-bank scams.  "Please!  I hate real-life capitalism!  Get me out of here!  Please!"
Haitians work their butts off making capitalism work for them!

Any fool can put together a housing-market scam if they have a trillion dollars to back them and a government to keep them out of jail.  But Haitians know that they have no silver spoons in their mouths, no old-boy networks, no soft defense-industry contracts and no fleeced American taxpayers to soften their fall.  If Haitians don't make it in their own capitalist world, they die.  Period.
When was the last time those welfare-for-the-rich dudes risked more than a hangnail?  Libertarianism? Rugged individualism?  My foot!  http://billmoyers.com/episode/the-deep-state-hiding-in-plain-sight/
PS:  Haiti is also the place where used T-shirts from America go to die, after they have been tossed out of our closets.  There are all kinds of used T-shirts down here, that say almost anything on their fronts -- and always say it in English.
PPS:  Want an example of rigged "capitalism" in America?  Here it is.  Our judicial system happily supports deregulation on Wall Street and also supports War Street's right to attack other countries illegally at will.  Anyone with half a brain and wi-fi access knows that.  But might our judges possibly go out on a limb and support net neutrality -- just because American taxpayers paid for its creation?  Not on your life.  http://www.salon.com/2013/08/17/chomsky_the_u_s_behaves_nothing_like_a_democracy/
"But, Jane, what's so important about net neutrality?" you might ask.  It's this:  If you can't afford to pay big bucks in order to get decent internet speed, then you are automatically being censored and controlled.  It's all about access.  While down here in Haiti, I have certainly found out about that.
Down here the internet is so slow that it takes me at least two hours to put together an article, plus another three hours to get it to post on my blog, while I wait around for everything to reload.  And that's on a good day.  So while all of my blog posts are being written by hand down here Haiti, I will have to wait until I get home to send them out.  What a bother.  Who has five hours of internet frustration to spare every day or the patience to wait and wait to reload?  Not me.

The slow internet here has also slowed me down a whole lot.  I don't even want to blog anymore most of the time.  And when that happens in the USA too because I can't afford to buy fast internet speed?  Then, snap!  I will have been effectively shut up and shut down -- without the Deep State even having to lift a finger to stop me.  "Damn those pesky liberal bloggers.  We've certainly showed them."

But there wouldn't be any problems with net neutrality at all back in the States if capitalism was really working there -- and artificial monopolies like Comcast, AT&T, Verizon, etc. didn't have Congress and the courts in their pockets, creating yet another expensive hidden tax on you and me.  And some start-up kids with a garage-app in Mountain View would be supplying us with high speed internet for about five bucks a month.

Want another example of welfare-for-the-rich?  That's easy.  American taxpayers have been forced to fork over trillions of dollars in Afghanistan, Libya, Iraq, Ukraine, Syria, Venezuela, Nigeria, Indonesia, Kuwait, East Timor and even Saudi Arabia so far -- to pay for what are essentially the top five oil companies' private armies.  But do we ever get a tax break on the oil that these armies steal?  Hell, no.  Only oil companies get tax breaks.  Not us.  That's welfare-for-the-rich, not capitalism.  What else did you expect?  http://www.salon.com/2014/03/08/35_countries_the_u_s_has_backed_international_crime_partner/

Let those slick dudes on Oil Street pay for their own freaking armies.

It never ceases to amaze me how Americans keep electing anti-capitalism government officials who do not represent our own best interests or even the best interests of our country, but keep electing moochers, schemers and con-men from the welfare-for-the-rich class instead -- time and time again.  http://www.huffingtonpost.com/2014/03/06/maps-of-the-south-bad-place_n_4855191.html

PPPS:  Paul Ryan just proved my case!  The guy just made an impassioned speech to CPAC, stating that receiving welfare is humiliating and degrading.  "People don’t just want a life of comfort; they want a life of dignity -- of self-determination"  http://www.msnbc.com/msnbc/the-meaning-ryans-cpac-anecdote  So let's help him get America's "communism for the rich only" 1% off of welfare and give them some "dignity" for the first time in their lives instead.

PPPPS:  Like I just said, the internet limitations in Port au Prince have forced me to wait to send out this story on Haiti until I got home to Berkeley.  Good to be back.  But I still miss Haiti a lot!

But on March 20th I'll be traveling again, off to Monterey, CA, to attend the annual Left Coast Crime festival, a convention of murder-mystery writers and readers -- and a chance to pick up 40 pounds of free books (without having to lug them back home on an airplane) and, hopefully, to have access to fast internet service so that I can blog about all that.  http://www.leftcoastcrime.org/2014/