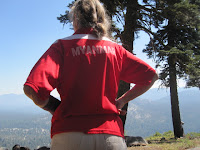 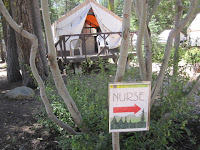 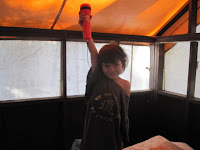 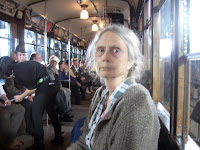 Elder cleansing: Why is the GOP killing off its own base?
The GOP has developed such a callous and cold attitude toward slashing American senior citizens' healthcare and Social Security benefits that it almost seems like a "put granny on an ice floe" mentality -- or even elder cleansing.  However, these cold-hearted right-wingers, even though they seem to be totally in love with throwing the Greatest Generation under the bus, need to be very careful what they wish for.  Why?  Because the aging white population of America is currently the GOP's most loyal group of supporters -- and the GOP appears to be killing off its own base.
The GOP's recent massive efforts to eliminate HUD housing subsidies for seniors and to support banksters' heartless foreclosure efforts on America's old folks can only mean that even more homeless seniors will soon be found dead in cardboard-box coffins under even more freeways across the land.  Oops, there goes another voting block that used to be in the GOP's pocket -- unless dead souls can vote.
And how about the GOP's death grip on raising student-loan interest rates?  I recently went to a symposium on the subject and learned that, under current GOP-sponsored regulations, a whole bunch over-60 voters will actually still be paying off their student loans from out of their Social Security checks!  http://imgur.com/5GvWV  And just how many of those desperately cash-strapped former students will be staunch and faithful Republicans?  Party loyalty doesn't pay off at all these days.

And major funders of the GOP such as the Koch brothers, Goldman-Sachs, Citizens United, Chevron, the American Bankers Association and the Chamber of Commerce don't seem to have a moral bone in their body when it comes to straight-out greed.  More GOP voters actually die because of greedy corporate behavior than the number of Americans who were killed in the wars on Iraq, Afghanistan, Libya and the Twin Towers combined.  Too bad.  But then most of these voters were old anyway.  http://evergreenedigest.org/corporation-psychopath

And what about this new Super-NAFTA secret treaty called the Trans-Pacific Partnership that the Grand Old Party is pushing so hard through Congress right now?  How is that going to effect seniors after even more of America's wealth is pumped out of our pockets and into the rich-dude Wall Street neo-con corporatist pipeline?  http://www.thepetitionsite.com/takeaction/606/198/076/

And speaking of pipelines, how many more seniors are going to croak because of the fracking water they drink?  http://www.upworthy.com/imagine-if-there-was-a-town-in-the-usa-where-you-couldnt-get-any-water-its-not-imaginary-anymore-10

And when I went camping in the high Sierras with my granddaughter Mena's pre-school class last weekend, it was very curative and relaxing http://jpstillwater.blogspot.com/2013_08_01_archive.html.  Someone else did all the cooking.  However, I still wouldn't want to be camping up there 24/7 -- still not willing to join the Donner Party just yet, even despite all the GOP's good intentions toward us seniors in that direction.

The GOP's current policies toward its senior-citizen base are clearly so non-beneficial to our health that they remind me of that old Twilight Zone episode, "How to Serve Man".

I may be old but I'm not dead quite yet -- and, GOP, I would really like to keep it that way.

PS:  Who else gets benefits from government largess?  Global corporations, the ultimate welfare queens.  So why doesn't the GOP slash and burn corporate "entitlements" too?

And what part of the country receives the most food stamps, welfare payments, medicaid, educational aid, unemployment benefits, hurricane relief, etc?  Why it's the Red-State south of course -- another firm base for the GOP that it is also busy trying to kill off.  If you are a redneck, supporting the GOP is likely to get you killed too!