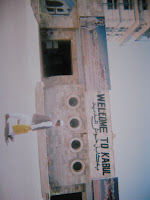 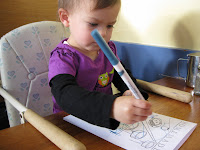 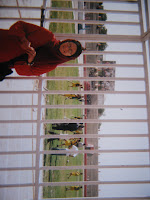 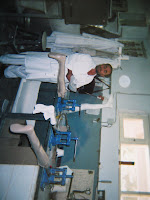 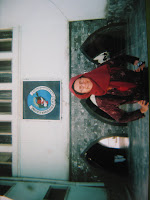 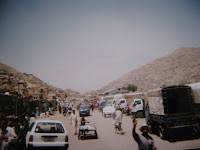 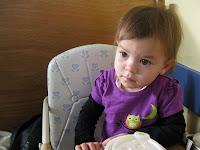 Here comes the next chapter in my source's "Afghanistan for Dummies". It's long and I don't quite understand it all myself but here it is. "I have described this operation as a development 'campaign' because we are used to military campaigns, no matter how complex, expensive, and long-term they may be. Yes, a development campaign might cost several billion dollars a year in one small country. That seems expensive until it is compared to military campaigns."
I just read somewhere that it takes a million dollars a year to keep just one soldier in Afghanistan. A development campaign has GOT to be cheaper than that.
"And yet, I think it might achieve the same intended effect, as far as US congress and the American people are concerned: long-term improvement of domestic US security. If you finish your involvement in a country with a population who are healthier and more capable in their life-options, they are likely to remember that and have your back for at least a whole generation. Note that this is not a kumbaya argument: I would not argue to American taxpayers that we should help Afghans because it is the right thing to do in some abstract sense, or even appeal to our sense of loyalty by pointing out that Afghans bled for our sake as they demoralized the Soviets with their insurgency. But I would argue that major intervention to get their political economy back up and running is worth it for our own security. Even if the US is not likely to remain a hyperpower indefinitely, we are very likely to remain a major global player for the very long term. We need policies that match that understanding."
I can see what he means. According to Robert Parry, "As security worsens in Afghanistan and Pakistan, it is clear that al-Qaeda and its Taliban allies outwitted President [sic] George W. Bush and his neoconservative advisers by tying down U.S. forces in Iraq for five years while the Islamic militants rebuilt their forces for the war on their 'central front'.” And what is Al Qaeda's 'central front'? America, of course. So it could be very beneficial to our own security if we upped our "development campaign" in Afghanistan.
As for my own self, I am torn between the realization that America CANNOT afford to stay in Afghanistan -- because the money we are spending there is coming directly our of our budget for decent schools for our children. However. I sort of do want our troops to stay there because I have a dear friend in Kabul who somehow survived the Russian invasion, who somehow surrived Charlie Wilson's War and who somehow survived Taliban rule -- and I would hate to have anything violent and nasty happen to him now. And if it costs American taxpayers 100 billion dollars every few months just to keep my friend in Kabul safe, that's fine with me!
But wouldn't it be more cost-efficient if we could think of a better way to protect him -- and us -- than to spend a million dollars per year per soldier in Afghanistan? Maybe we could spend a thousand dollars per year per school over there instead? And perhaps a thousand dollars per year per school over here too?
PS: So. What can we expect things to be like in Afghanistan in 20 years if Washington and the Pentagon keep using their current policies and techniques? My guess is that the U.S. will be lucky if Afghanistan only resembles the Israel-Palestine situation right now -- an uneasy truce between the "haves" in charge and the "have-nots" in the occupied territories, draconionally maintained by an enormous outpouring of funds from American taxpayers, spent mainly on things like F-16s, drones, white phosphorus bombs, tanks and check-points the size of three football fields -- not to mention a Wall or two -- as these things become increasingly necessary to separate the "haves" in charge in Kabul from the "have-nots" in the occupied Pashtun tribal areas.
Yuck!
Posted by Jane Stillwater at 10:03 AM