Everyone in the Middle East knows where terror comes from: Made in America

It seems like almost nobody in the Middle East these day dies peacefully in his or her sleep.  If you live anywhere between Afghanistan and Libya right now, your chances of getting blown up, beheaded, starved, raped, tortured to death and/or "disappeared" are really really good -- almost as good as any chance you might have of dying of old age.

But let's just take a look at who is doing all this killing.

The Taliban?  You would think that the Taliban was an evil creation of weird Islamicists that go bump in the night -- but you would be wrong.  It was an American creation -- born from cohesion with Pakistan, "Charlie Wilson's War" and all those Northern Alliance training camps that flew red, white, blue and greenbacks for years.  http://emperors-clothes.com/docs/pak.htm

Gaza?  Almost every bomb dropped there is stamped "Made in America".  And the rest are financed by American taxpayers, AIPAC and various Las Vegas shills.  http://www.thedailybeast.com/articles/2014/08/04/under-american-bombs-in-gaza.html

"But what about ISIS?" you might ask.  Nope, ISIS is made in America too.  http://www.globalresearch.ca/america-created-al-qaeda-and-the-isis-terror-group/5402881

Pakistan?  Egypt?  Saudi Arabia?  Israel?  America is ultimately at fault for financing and glad-handing the dictators there who help make all this bombing possible, thank you very much.

And don't even get me started on Syria.  The Goebbels-style propaganda war of lies that Washington is forcing down Americans' throats here in the MSM makes me ashamed to even turn on the TV.   http://www.wsws.org/en/articles/2016/08/10/pers-a10.html  America's scary-bad propaganda lies have resulted in over 200,000 dead Syrians so far -- and still counting.  Not to mention all those American-made bombs.  http://jpstillwater.blogspot.com/2015/07/syria-where-america-drops-barrel-bombs.html

Yemen?  The chances of dying of old age in Yemen are especially bad right now.  Thank you, Saudi Arabia and the 1.5 billion dollars in weaponry that America wants so badly to sell you even as we speak.  https://www.washingtonpost.com/news/worldviews/wp/2016/08/11/the-u-s-will-rearm-saudi-arabia-to-the-tune-of-1-5b-as-airstrikes-resume-in-yemen/

How many millions of tons of American bombs have been dropped on the Middle East since 1945?  You cannot even begin to imagine.  Terror?  If you or I lived in the Middle East instead of here, we'd be terrified 24/7 -- multiply our terror during 9-11 by a thousand at the very least.  And you can rest assured that every man, woman and child in the Middle East all know exactly where all this terror comes from.  "Made in the U.S.A". 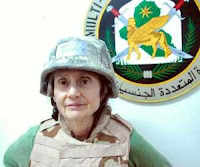 We Americans may be fooling ourselves with all this talk of our being Good Guys and White Helmets and Humanitarians.  But every single person who lives in the Middle East knows the truth.  To paraphrase Pogo, "They have met the enemy and it is us." ___________________________

Posted by Jane Stillwater at 11:41 AM