One of the main reasons I hate Wall Street and War Street is that they are usually lying through their teeth to us.  Fortunately, however, there are usually actual eye-witnesses to what really happens as well, and these actual eye-witnesses are always calling Wall Street and War Street out for their lies -- but none of that even seems to matter.  Remember all the lies we were told about Vietnam?  Iraq?  Afghanistan?  Libya?  Palestine?  Bosnia?  Ukraine?  Panama?  Guatemala?  Granada?  And how we were always warned about these lies?  And yet those "wars" went on anyway. 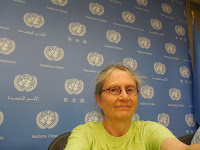 And here is just one more example of the kind of pretty lies that we are constantly being told -- this time about Syria.  An internet friend of mine who I met after visiting Damascus last year is now living in Aleppo and he sent me the following eye-witness 411 about what is really going on in his town.

So you read this.  And you have been told.  By an actual eye-witness.  But does that mean that the unjust and mendacious "war" on the Syrian people will now stop, now that you actually know the actual truth?  Obviously not.

"We didn't sleep at all last night," my friend Waheed (not his real name) wrote me today from his home in Aleppo.  "Attacks by the so-called 'moderate rebels' started in the afternoon yesterday and continued constantly up until this morning.  The news here said that three or four civilians died and that 87 civilians were injured.  But the ambulance sirens didn't stop all night long."

Hey, Waheed, are you okay?  Apparently yes, but just barely.

"I'm sure that you have heard time and again in the American media," said Waheed, "that Syrians support the so-called 'moderate rebels'.  But every single one of the people I know over here do not -- and aren't they the real Syrians?  And after all these years and after all these attacks on them and after they have lost their income sources and family members, they are still asking the Syrian army to fight on their behalf, to terminate these vicious attackers and their nests, which have become like cancer in our body."

But what about the barrel bombs we hear so much about? I asked.

"At this point in time," said Waheed, "the Syrian people no longer even care if the termination of these terrorists who are invading our homes is by chemical weapons, bombs or whatever.  All we want is for the killing of Syrians to stop.  Yet, around the world and in the mainstream media, they still dare to demonize the so-called 'barrel bombs' of the Syrian army and they talk about the loss of lives of ISIS terrorists as if it was the loss of lives of some mythological Syrian peaceful moderate opposition who had been killed by a dictator!"

Waheed is totally pissed off that all these lies are being spread around.  Barrel bombs?  Really?  When the terrorists' ISIS version of Freddie Kruger is being armed, trained and paid for by US, Saudi, Israeli and Turkish neo-colonialists who are only after capturing Syria's land and oil?  Barrel bombs are the bad guys here?  I think not.

"I don't swear, and I'm fasting this month," Waheed said next, "but this injustice is unlimited and it makes me and many others here feel like we are going to explode with cursing and swearing against all that nonsense of people lecturing in some conference in Britain this week or people at the UN who are telling nothing but lies and hypocrisy."

Part of Waheed's family spent last night huddled in the bathroom of their house because it was the safest room.  "Everyone there was crying and terrified by the 'moderate peaceful opposition' as their house is located close to one of the conflicts lines.  But the Syrian army can't bomb these ISIS and foreign-fighter terrorists because then the 'international community' will accuse the Syrian army of using this unprecedented super-ultra-modern weapon that is way stronger than a nuclear bomb:  Barrel bombs!"

Yeah, right.  And next the Syrian army will probably be accused of illegally using fire crackers or cap guns to protect themselves.
"The terrorists are using mortars, explosive bullets, cooking-gas-cylinder bombs and bombs made out of water-heater cylinders; filled up with explosives and shrapnel and nails, and fired by what they call "Hell Canons".   Just Google these weapons or see their YouTube clips."  Yes, they still do have Google in Aleppo -- but not for long if Obama and Bibi and Turkish hard-liners and the House of Saud have their way.


To quote certain Israeli generals who are finally coming to their senses, "According to General Azer Tsfrir, for example, allowing the Assad regime to fall would mean turning Syria into a 'black hole' in which the border areas could become launch pads for operations against Israel.  Writing in Haaretz, the former military intelligence officer suggested that the fall of Assad would subject Syria to the hegemony of extremist Muslim groups which have declared their desire to destroy the Zionist state.  They would, he claimed, become a first degree strategic threat."  https://www.middleeastmonitor.com/news/middle-east/19688-israelis-call-for-arms-for-assad-to-save-regime
But we all know that Bibi is pretty much crazy to support ISIS -- so let's get back to Waheed.

"The cooking-gas cylinder is made of steel, and it weighs around 25 kg.   Imagine it thrown by a canon to hit civilians?  And imagine knowing that it is full with explosives?  And yet, the mainstream media in America is all busy with the legendary weapon of 'barrel bombs'!   And also filled up with how these terrorist ISIS 'moderate rebels' came to spread 'freedom' among Syrians!  How dare they say that Syrian army shouldn't fight them back?"

And meanwhile the fighting just keeps getting closer to Waheed's house.  "For the first time last night, we smelled gunpowder.  The shelling was so extreme and so close as to leave the smell gunpowder in the air."  Yet no one at the UN complains about the American-backed terrorists.
"The results of last night's shelling was nothing but more new innocent civilian victims," said Waheed.  At this point I'm almost ready to cry.

"I mean, the terrorists failed in gaining new land or occupying new buildings or quarters.  They lost many of their foreign-fighter cannon-fodder 'zombies' here of course but their zombies don't count because they are being paid to fight and have no families or friends here to weep over their mangled bodies like is the case with our civilians."
Waheed then apologizes for being so upset -- as if he didn't have a legitimate reason.  I know if it was my family and neighbors who were being blown up by terrorist death machines, I'd be too hysterical to even put words on a page!

"Mostly I'm not so much upset by the attackers and whoever is supporting them in Turkey over here (and Israel and Jordan in the south); but mainly from the liars in that conference in Britain or at the UN, who keep lying and lying, telling piles and tons of lies, about 'freedom' and 'barrel bombs' -- and they live in their perfumed and ironed suits and ties, happy with their Ph.D degrees in stupidity and fooling the world, having no problem in obtaining clean water, electricity, hot food and the rest of the services that we are suffering over here to obtain, even a part of them.

"Those people travel in 1st class airlines and live in 5-star hotels, and are ready to come on TV to weep over the fate of the 'Syrian people' and blame the 'regime' -- while giving a blind eye upon all the terrorists they are funding and supporting.  I wish these people, whether they are Arabs or Western, Muslims or Christians, Syrians or others...  I wish them Hell!  And to taste and suffer the same pain they are causing to the innocent Syrian people."  Me too!

These pond-scum should be evicted from their 5-star hotels and forced to go live out the reality that they now happily force millions of others to endure.       "The Syrian army has defended our city, and all the lies on the media claiming terrorists' victories are nothing but rumors and gossip.  But that's all for today.  Take care."  You too, Waheed.
Posted by Jane Stillwater at 11:36 AM