Trump:  A shill for the Clintons?

Author's note:  I wrote a draft of this article over a week ago -- but after reading Yahoo News today, it looks like I was either actually right all along -- or else someone out there is playing an awesome practical joke on The Donald before he can play one on us!

According to a Charlotte Observer article reproduced in Yahoo News, "In a turn of events that shocked the political world and threw the presidential race into unprecedented turmoil, Donald J. Trump announced yesterday that he is quitting the race and endorsing Hillary Clinton.  Trump said the only point of his campaign was to show how stupid and gullible many Republican voters are.  'I’ve been a Democrat all of my adult life,' Trump told a packed and boisterous news conference.  'But I knew if I ran as a Republican and said increasingly ridiculous, idiotic, racist and sexist things that I would get a lot of votes.'”  http://www.charlotteobserver.com/opinion/op-ed/article94019107.html
In any case, here are my own thoughts on the subject:
Trump, a shill for the Clintons?

Even after all of that highly-televised sincerity at the RNC and DNC conventions recently, why do I still get the feeling that we are all being conned?  All of us.  Again.  "Americans are so easy to fool, best suckers yet!"  There's one born every minute.  That's us.

Then when Clinton wins by a landslide, both the Trumps and the Clintons will laugh themselves all the way to the bank.

Not since John McCain picked that scary Miss Alaska as his running mate has a con job worked so well -- when Americans ended up with a Nobel Peace Prize winner who stuck us with a deadly and bloody quagmire in the Middle East which is now spreading to Europe.  http://www.moonofalabama.org/2016/08/the-larger-context-of-the-jihadi-attack-on-aleppo-.html

Not since we American suckers all became convinced the Goldwater was so much worse than Johnson -- and then we ended up with the Vietnam War (which was also totally scary). 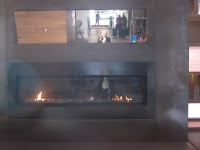 People are probably gonna hate me for saying this, but I wouldn't vote for Clinton for dog catcher -- even if she was running against Attila the Hun.  There is just far too much blood on her hands.  But then it really doesn't matter who any of us vote for, does it?  Not really.  Our votes will be sliced and diced by the highest bidder no matter whose name we place a check-mark next to on our ballots.  The blank-checks have already come in.

But the biggest con of all is that American democracy has already been plundered and no longer exists.  And you know what they say about con jobs.  "The bigger they are, the easier it is to pull them off."  So long, suckers.  In 2016, it's gonna be a Hillary/Trump win.  And guess who is gonna lose.  That would be us.

PS:  Here's a poem by Steve Fournier that pretty much sums up what we Americans are gonna be stuck with after the Clintons and The Donald finish with us:

Trump don't owe the Kochs nor Richard Cheney or George Bush
They're all backing Clinton now that shove's come down to push.
Trump could make an entrance with his trophy decked in bling,
Or Clinton's randy Billy could launch one more bawdy fling.

Bernie says he's frightened that a clown could get elected.
"Stop the revolution!  This chump's got to be rejected!"
Screams the crowd of bankers, pols and weapons profiteers.
They'll stir up your basic mix of hatreds, dreads and fears.

She's amused to talk about the odd assassination,
Willing to drop bombs on any dark-skinned population.
She's a snarling pit bull.  Her opponent's more a terrier.
Which of these two snarling mutts unleashed is likely to be scarier.
http://www.currentinvective.com/wp/?p=208

PPS:  Still think that the Clintons are our saviors from the evil Trump and his bad hair?  Then just ask the Haitians about that.  Everyone in Haiti despises the Clintons for what their Foundation has done to that nation.  If Hillary dared to run for Prez in Haiti, she would lose bigtime.  And now the Clintons are set to do the same thing to us that they did to the Haitians -- make hecka bling while the con shines.  http://therealnews.com/t2/index.php?option=com_content&task=view&id=31&Itemid=74&jumival=16427

********
Stop Wall Street and War Street from destroying our world.  And while you're at it, please buy my books!  http://straitwellbooks.blogspot.com/2016/04/our-top-best-seller-right-now-is-bring.html

Posted by Jane Stillwater at 12:33 PM