Disneyland or Yemen? Where to go over Christmas vacation...

Between Christmas and New Years Day this year, I get one whole week off from taking care of baby Sofia and I want to make my plans early.  But where to go?  Good question.  Any suggestions?

I would really love to go to Yemen and visit the ancient, unique and irreplaceable World Heritage Site at Sanaa.  Plus my war-correspondent DNA is also dying to go there too.  "The key word in that sentence, Jane," you might say, "is DYING."  Everyone in Yemen is dying these days.  The House of Saud wants Yemen's oil -- and by gosh they are going to get it even if it means killing every man, woman and child in Yemen.  When it comes to genocide, Saudis are never shy.  http://www.democracynow.org/2016/8/18/green_partys_jill_stein_us_should?autostart=true

Trout fishing in Yemen has obviously been replaced with baby-killing.

But I still wanted to go there -- so I went to Expedia and typed in my dates and the destination airport "SAH".  Nothing.  I got nothing.  Not deterred, I then tried typing "SAH" on Travelocity, Kayak, CheapoAir, Priceline and a bunch of other travel sites.  Still nothing.  So I Googled Sanaa International Airport.  "Sorry, it doesn't exist any more.  The House of Saud blew it all up."

And apparently even the city of Sanaa itself doesn't exist any more either.  Rats.  Where is UNESCO when you need it. 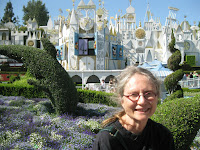 So where else can I go during my one week off this year?  All suggestions are welcome.  But it looks like I'm just going to end up taking an overnight MegaBus down to Disneyland instead.  Hey, the Pirates of the Caribbean is a war-zone, right?  http://blackagendareport.com/obama_clinton_created_isis

PS:  "Yemen is bad!  The Saudis are good!" we constantly being told on the evening news.  "Saudi leaders are saints and Yemeni leaders are war-mongering terrorist despots!"  But, hey, weren't we also told that about popular leaders in Vietnam, Chile, Palestine, Kuwait, Somalia, Bosnia, Kosovo, Libya, Iraq, Afghanistan, Syria, Ukraine, Honduras, Russia and on the USS Liberty?  http://www.zerohedge.com/news/2016-08-14/true-story-how-war-broke-out-syria

And pretty soon we will probably be hearing the same thing about, say, California or North Dakota -- any excuse at all to sell guns.  https://www.youtube.com/watch?v=pducRLyDmiY


PPS:  The MSM is really going completely whole-hog out on this "Syrian boy in an ambulance" stuff!   Obama and Kerry must REALLY want to steal Syria's oil -- except that little transparency-freaks like us (who only want the truth to be told) keep getting in their way.
But this intensive media campaign of lies does tell us two things -- First, that Russia, Syria and Assad are winning their boots-on-the-ground war against ISIS. And, second, that the boy's face paint is getting all smeared and he needs to be sent back to hair-and-makeup ASAP.  http://www.moonofalabama.org/2016/08/the-wounded-boy-in-orange-seat-another-staged-white-helmets-stunt.html
Time, the Wall Street Journal, CNN, Huffington Post, etc. should all be truly embarrassed by all this immoral reporting but I bet that they're not -- just sorry to get found out so fast.
___________________________

Stop Wall Street and War Street from destroying our world.   And while you're at it, please buy my books!  http://straitwellbooks.blogspot.com/2016/04/our-top-best-seller-right-now-is-bring.html
Posted by Jane Stillwater at 9:15 AM