"Let's just shut down the economy for a few days, months or years," say our leaders.  "What could possibly go wrong if we open Pandora's box?"  Oops.  And now we have riots in Minneapolis.

"But Jane," you might say, "That's just about police brutality and racism and stuff like that."  Is it?

I recently talked with a friend of mine in Minneapolis and she paints a whole different picture.  "Ever since the lock-down started," she said, "things have been very tense around here.  People in Minneapolis are sick and tired of the lock-down.  Plus so many neighborhood stores have been closing.  Permanently.  And many of my friends are out of work too."  The same is true here in my hometown as well.

"But to make matters even worse," my friend continued, "police have been stopping a whole lot of people in the streets lately and charging them with walking around while Black.  Minneapolis has been a tinderbox for at least a month now.  And someone or something was just bound to light the fuse.  We are sitting on dynamite here.  Racism set it off this time -- but almost anything could have caused it to blow."
https://www.instagram.com/tv/CAq5huWhqwF/?igshid=1iw5ulmorzh72 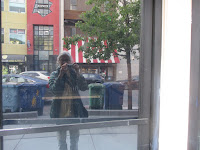 Yeah, well.  What my friend says about Minneapolis rings true.  And this could also be true of all the rest of America right now -- and even for the rest of the world.  What were our leaders thinking?  Shut down our entire economy and even our way of life for two months and expect nothing much will happen except that the Federal Reserve will go nuts spending other people's money and a few billionaires will become trillionaires -- but somehow none of the rest of us will even notice?

None of the rest of us will get pissed off if we have no jobs, no schools, no food, no social life, no freedom, no hope?

Yep, our leaders have truly opened Pandora's box.  Damn. I wish that they would hurry up and just close its freaking lid -- before even more evil escapes into the world. 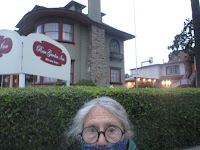 According to Dr. Zach Bush, we can make this a hopeful time instead of just one of scarcity and horror.  "We can't just go back to the 'normal' of buying more and more stuff," and being ruled by greedy stupid leaders who can't even recognize Pandora's' box when they see it actually staring them in the face.

"Instead, we need to be able to congregate with better attitudes toward each other, create music to celebrate life and protect ourselves while protecting nature.  Otherwise our future is extinction.  We have an opportunity to transform to a better planet."  What he said.  Yeah.  https://www.youtube.com/watch?v=fduWYR6L36M

Stop Wall Street and War Street (and Big Pharma) from destroying our world.   And while you're at it, please buy my books.  https://www.amazon.com/Jane-Stillwater/e/B00IW6O1RM
Posted by Jane Stillwater at 1:44 PM