Home truths: Why it's lucky to be a Palestinian these days

Of course its lucky to be a Palestinian right now because they've been on lock-down for seventy-four years.  They already know how to stay in their homes. 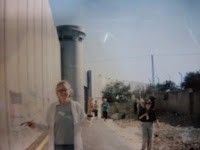 It's also lucky to be a Palestinian right now because their healthcare system has been falling apart for such a long time that they are totally used to doctors and nurses dying around them, to having no available cures, to making do without medicine, to watching people they love die unnecessarily and to feeling so helpless and frustrated that so many of their elders are dying before their time.  They are used to this empty hopeless feeling.  Lucky for them.  We're just starting to feel empty and hopeless.  They've been feeling this way for decades.

It's lucky to be a Palestinian right now because they have been knowing since 1948 that "We're all in this together," that their small businesses are failing and there's nothing they can do about it, that every detail of their lives is being supervised and spied on, that they have no constitutional rights any more and that their schools have been closed down.

Palestinians are also lucky right now because they already know how to survive under a totalitarian regime, to have tanks in their streets and exist in an atmosphere of fear and rebellion every single day of their lives, to get shot at and brutalized if they march in protest even a little bit.  Even non-violently.  Americans are just learning that today.

Palestinians are lucky right now because many of them only survive because they are forced to accept "charity" and petty handouts meant to either bribe or intimidate them into keeping their mouths shut and staying at home while a self-appointed elite 1% control their lives, write their laws and steal their stuff.

It's lucky to be a Palestinian because their cruel Zionist occupiers have invented the choke-with-the-knee technique and have used it a lot on Palestinians already -- so Palestinians at least know what to expect.  And Zionists have been training a lot of American police forces on how to perform the knee-to-the-throat technique too -- so, sadly, George Floyd was also ahead of the curve as well.   https://ourneighborsinpalestine.org/files/PalestinianLivesMatterToo.mp4

It's lucky to be a Palestinian right now because their money, their land and their future has already been stolen by Zionists so they're already ahead of the curve on that one too.  So when the COVID $camdemic leaves us Americans poorer than dirt, Palestinians can easily feel our pain -- having been gone through this grim process already.  https://unherd.com/2020/06/karl-friston-up-to-80-not-even-susceptible-to-covid-19/

It's lucky to be a Palestinian right now because they are so used to being lied to that they can quickly recognize propaganda when they see it.  Palestinians are called "terrorists" when they try to defend their families and lands.  Palestinians know that they aren't terrorists.  So it doesn't come as any surprise to them that we Americans are being constantly lied to as well.  What does come as a surprise to them is how we Americans so willingly believe all this crap.  https://www.youtube.com/watch?v=fMT3OgcghYg 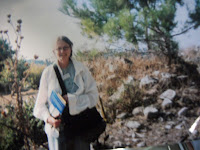 But mostly Palestinians are lucky because they have been forced to become self-sufficient.  They still know how to farm and grow things.  They still depend on their local communities.  They even know how to make their own shoes and sew their own clothes.  They run their own schools.  They are used to poverty being inflicted from above.

Palestinians are not happy about it but they can make to.  They've got olive trees and back gardens and help from their neighbors.  They've got a real sense of local community.  They've had three-fourths of a century to get ready for lock-down.

Americans have had only a few months. 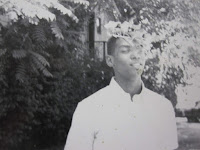 PPS: I just went to three of the many "Justice for George" protest marches recently.  Thousands of millennials were there, Black, White and Brown.  Thousands.  And they, like the Palestinians, aren't going to just sit on their [hands] and do nothing while they placidly watch their freedom, their money and their future stolen from them by some creepy elite 1% American oligarch bastards.  https://www.youtube.com/watch?v=X6pzXrEBqR0&feature=youtu.be

We should be grateful to Palestinians for showing us the way to protect our own loved ones and communities from being sucked dry by the pirates who claim to legitimately run our country.  And even more, we should be grateful to America's brave Black communities right here at home for leading the way and reminding us that we don't have to passively live with knees on our throats either.

Posted by Jane Stillwater at 9:03 AM