NYC, COVID & poverty: No "shelter at home" for the homeless 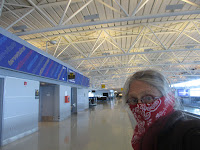 When my plane landed in New York City recently, I had the entire JFK airport all to myself.  Even the TSA security checkpoint was empty except for a few bored employees.  Empty.  Totally empty.  Can you even imagine a TSA line with nobody in it?  Totally surreal.  But then I saw a few more people on the subway into Manhattan -- and then lots of people on 34th Street.  People in front of Penn Station.  People next to the Empire State Building.  People walking past Macy's.

My mind boggled.  Here's me, with a completely boggled mind.  But why was I being so gobsmacked?  Definitely not because there were people on the streets of New York City -- but rather because of the type of people I saw.  All the techies, the yuppies, the rising-star professionals, the upper-class shoppers, New York's chic urban workforce?  They were all gone from the streets completely, disappeared as if by magic.

And all that was left on the streets of New York City were its "dregs".

Thanks to COVID-19, America's convenient veil of secrecy has been ruthlessly ripped aside and America's morbid classism has now been cruelly exposed.  Tears came to my eyes -- and I don't usually cry.  https://www.cnn.com/videos/us/2020/04/17/navajo-native-american-coronavirus-pkg-tuchman-ac360-vpx.cnn 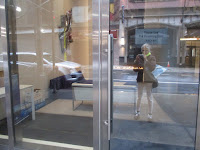 All those suave New Yorkers with homes to go to and Netflix to watch and popcorn to eat as they sit on their sofas bombarded by TV commercials with violins in the background and soothing voices telling us that "We're all in this together" and "We're here to help"?

None of that warm-puppy feeling applies to New York City's underclasses, America's underclasses, carefully cultivated since Nixon and Reagan -- and now in full bloom right next to Madison Square Garden.
https://www.transcend.org/tms/2020/05/listen-to-your-mother-nobody-should-be-too-rich-or-too-poor/ 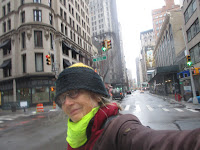 And then I thought of our recent "stimulus package" -- $1200 to everyone who has filed an income tax return.  $1200 might be a drop in the bucket for some Americans, but to the people actually living on the streets of New York City, $1200 would be a freaking miracle, a wonderful last meal, a comfortable place to finally lay down their heads -- like a dead man walking being offered a last meal before midnight.  https://www.pbs.org/newshour/show/covid-19-may-not-discriminate-based-on-race-but-u-s-health-care-does

Stop Wall Street and War Street (and Big Pharma) from destroying our world.   And while you're at it, please buy my books.  https://www.amazon.com/Jane-Stillwater/e/B00IW6O1RM
Posted by Jane Stillwater at 10:43 AM