[Don't] bring in the clowns: Why Trump loves being made fun of 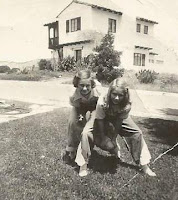 When I was a little kid, my really mean older sister was constantly telling me that I was stupid, dumb and ugly.  By the age of five or six, I had clearly started to believe her.  And to this day, I can still hear her voice in my head, "You are stupid, dumb and ugly.  And lazy and will never amount to anything either, you're a disgrace and nobody will ever love you."

Finally I just threw a chair at her.  She ducked.  It made a big hole in the wall.

To a whole bunch of Americans today, Donald Trump represents that chair.  He stoutly defends the honor of all those Americans out there who also believe that they too are stupid, dumb and ugly.  So every time one of us progressives calls Trump a liar, a thief, a clown, a pervert, a dupe for the Dark Overlords, a tacky dresser, Sheldon Adelson's rentboy or an idiot who doesn't know shite from Shinola, we are in effect calling his base all those bad names too! https://theintercept.com/2020/05/23/coronavirus-evangelical-megachurch-trump/

And when Trump roars and fights back and blames everyone but himself for destroying the economy, selling out to the nabobs, spending our hard-earned money on even more dangerous nuclear weapons and brutal wars, trying to destroy our post offices, disrespecting Jesus' teachings, throwing babies into cages, egging on gun-toting racist mobs, encouraging anarchy, screwing with our schools, screwing with our jobs, our families, our very life itself?  And subjecting us to hours and hours and hours of bad TV as well?  And so we call him an idiot just because he is one?  https://abc7news.com/suicide-covid-19-coronavirus-rates-during-pandemic-death-by/6201962/

Then we are in effect insulting his base as well as Himself.

And when The Donald boisterously defends himself, he is also defending his base.  And they love him for it.  Trump is their Chair.  And he loves being their Chair.  Every time any of us with even half a grain of human decency makes fun of him, he tightens his grip on his base.  Tightens his grip on their balls.  Becomes their mean older sister.  https://forge.medium.com/prepare-for-the-ultimate-gaslighting-6a8ce3f0a0e0

Stop Wall Street and War Street (and Big Pharma) from destroying our world.   And while you're at it, please buy my books.  https://www.amazon.com/Jane-Stillwater/e/B00IW6O1RM
Posted by Jane Stillwater at 12:42 PM