Trump to the Clintons: "You're fired!"

"You're fired!" declares The Donald.  But then the Clintons scream back, "We're gonna fire your sorry ass first!"  And George Soros starts babbling on and on about his famous "Color Revolutions" and how America can become the next Ukraine under his watch.  http://www.zerohedge.com/news/2016-11-11/clintons-and-soros-launch-americas-purple-revolution

Donald Trump's domestic policy may suck eggs -- but his foreign policy is spot-on.  "Let's destroy ISIS!" he says.  Now that's an idea whose time has finally come.  What good is Hillary's allegedly-fabulous domestic policy if the Clintons are still off trying to start World War 3 with Russia with all those trillions of dollars that should have been used to fix our bridges and improve our schools.  http://www.americanthinker.com/articles/2016/11/can_trumps_presidency_overturn_hillarys_bloody_legacy_in_syria.html

Rumor even has it that Trump will use his executive powers to re-open the 9-11 investigation.  Maybe the Saudis did it after all?  Let's find out.  http://investmentwatchblog.com/trump-im-reopening-911-investigation/ 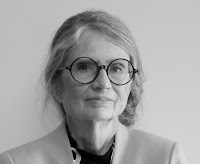 But forget about the Clintons and Trump -- and even Obama.  With all their billions, they'll somehow survive.  They'll do fine.  Let's concentrate on me instead.  What do I myself, me, Jane Stillwater, want for me, myself and I?  I just want to be happy.  But who can be happy when there is a battle of elitist dinosaurs going on in Washington, babies are being blown up in Palestine, Syria and Yemen and there are thousands (if not millions) of homeless Americans -- and Americans in debt and Americans without jobs?  http://www.paulcraigroberts.org/2016/11/09/progressives-prefer-nuclear-war-to-white-trash-americans-paul-craig-roberts/

"Do unto others as we would have others do unto us," should be America's national motto.  Forget about E pluribus unum.  Who the freak cares if out of Many came One -- if that one is a power-mad off-the-rails country that kills women and children for breakfast and devours its poor huddled masses for lunch.  https://consortiumnews.com/2016/11/06/nyt-admits-key-al-qaeda-role-in-aleppo/

"Life is a competition and the winners are the ones who do the most good deeds."  We should follow this concept too -- because being the Queen of Chaos or being a bailed-out bankster or using paramilitary goons to smash water protectors or regulating who can vote and who can have babies?  These are definitely not the ways to be happy.

Posted by Jane Stillwater at 9:39 AM