Post-election blues: An outsider once more...

Back in the 1950s, I was my high school's only beatnik.  Growing up in a conservative town that worshiped Joe McCarthy, a town where even my own mother was president of the DAR, I would silently walk the halls of my high school all dressed in black -- alone, disliked and misunderstood.  Obviously I escaped first to New York's Lower East Side and then on to Berkeley as soon as humanly possible.

And now here I am, still in Berkeley, and yet still walking the halls alone.  Now people here dislike and misunderstand me too.  "You're stupid, Jane -- and a fool.  How dare you ever even think that Trump might be better than Clinton?"  Hey, my bad.  I just figured that Trump's promise to stop spending a trillion or so bucks every year on pointless "wars" in the Middle East might be a better option for all. http://www.intifada-palestine.com/2016/11/us-british-clean-house-to-delete-syria-terror-links/

To quote journalist Robert Parry, "Donald Trump must decide – and decide quickly – whether he wants to be a great U.S. President or a robo-signature machine affixing his name to whatever legislation comes from congressional Republicans and a nodding figurehead acquiescing to more neoconservative [failed] foreign policy adventures."  https://consortiumnews.com/2016/11/15/trumps-slim-chance-for-greatness/ 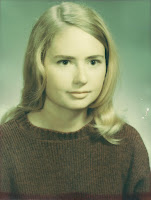 But now I'm sadly finding out that perhaps Trump is gonna become a neo-con robot after all and waste even more trillions on vicious "wars" in the Middle East.  I might have been wrong to believe him.  But the price that I am now paying for speaking out on my hopes for finally achieving peace in the Middle East reminds me so much of the price I once paid back in the 1950s for daring to speak out against Joe McCarthy and not just following the herd.  It's that exact same feeling all over again.  People still hate me.
http://www.voltairenet.org/article176505.html

PS:  Everyone here in California now seems determined to protest against Donald Trump.  But that seems just counterproductive and useless.  If everyone here truly hates Trump as much as they say, then the brave thing to do would be to secede from the Union -- not just sign a few petitions, break a few windows and call me names.

Instead of just blindly mourning the election loss of Hillary Clinton, a career politician who is totally intertwined with America's malevolent Deep State, why not just leave the Deep State altogether?  http://news.antiwar.com/2016/11/13/saudis-deliberately-targeting-civilian-infrastructure-in-yemen-war/

Posted by Jane Stillwater at 7:55 AM