Back in 1954, the American media falsely portrayed the fall of Dien Bien Phu as practically the end of the world for Democracy.  And Ugly Americans are still getting it wrong 62 years later regarding the Middle East in general and East Aleppo in particular.  http://www.mintpressnews.com/aleppo-how-us-saudi-backed-rebels-target-every-syrian/222594/

Just sayin'.  Being lied to by our media is definitely nothing new.  http://www.history.com/this-day-in-history/french-fall-to-viet-minh-at-dien-bien-phu 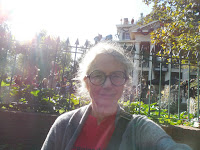 Posted by Jane Stillwater at 8:23 AM