After the presidential election, impeachment next?

Suppose Hillary Clinton wins the 2016 presidential election?  What will happen after that?  She'll probably get impeached.  Lord knows there are grounds for it!  http://www.globalresearch.ca/hillary-and-bill-clinton-pay-to-play-racketeering-the-bonnie-and-clyde-of-american-politics/5554804

According to Google, "The President, Vice President and all civil officers of the United States, shall be removed from office on impeachment for, and conviction of, treason, bribery or other high crimes and misdemeanors."  These are definitely grounds to impeach PrezClint2.  http://www.counterpunch.org/2016/11/04/clinton-fans-stop-angst-ing/

But what if Donald Trump wins instead?  Same scenario could happen.  Don't you have to be of high moral character or something like that to be Prez?  Also, Trump has actually dared to come out against starting World War 3 and also against NAFTA, the TTP and sending America's jobs offshore.  Wall Street and War Street will try to get Trump impeached for those two "crimes" alone! 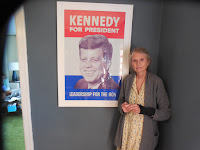 And suppose that members of the House of Representatives actually do muster up the courage to impeach the next sitting president?  Then what would happen next?  Vice-President Pence or Vice-President what's-his-name would hopefully get impeached too -- guilt by association, accomplices after the fact.  They shoulda known better.  But then what would happen?  http://www.independent.co.uk/news/people/julian-assange-clinton-foundation-isis-same-money-saudi-arabia-qatar-funding-a7397211.html

The Speaker of the House would be next on the list.  But who the freak would ever want Paul Ryan in the White House?  No one, that's who.  So next it would go down to the President Pro Tempore of the Senate -- and couldn't we somehow arrange that to be Bernie Sanders?  Bernie could end up in the White House after all!  Or not.  Who wants a Clinton supporter in the White House?  https://healingjustice.wordpress.com/2015/03/10/how-us-aggression-in-ukraine-risks-nuclear-war/

Posted by Jane Stillwater at 9:25 AM