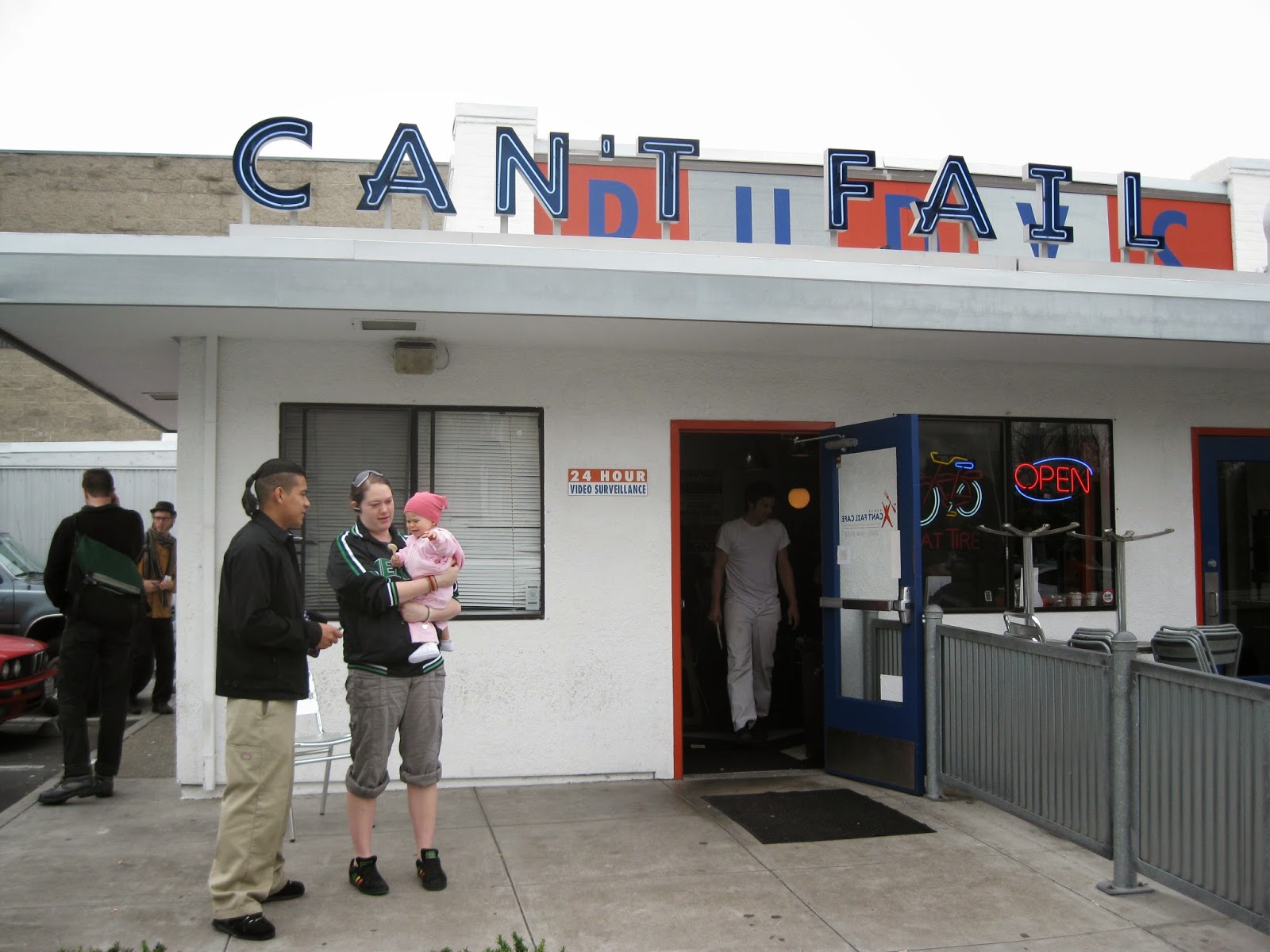 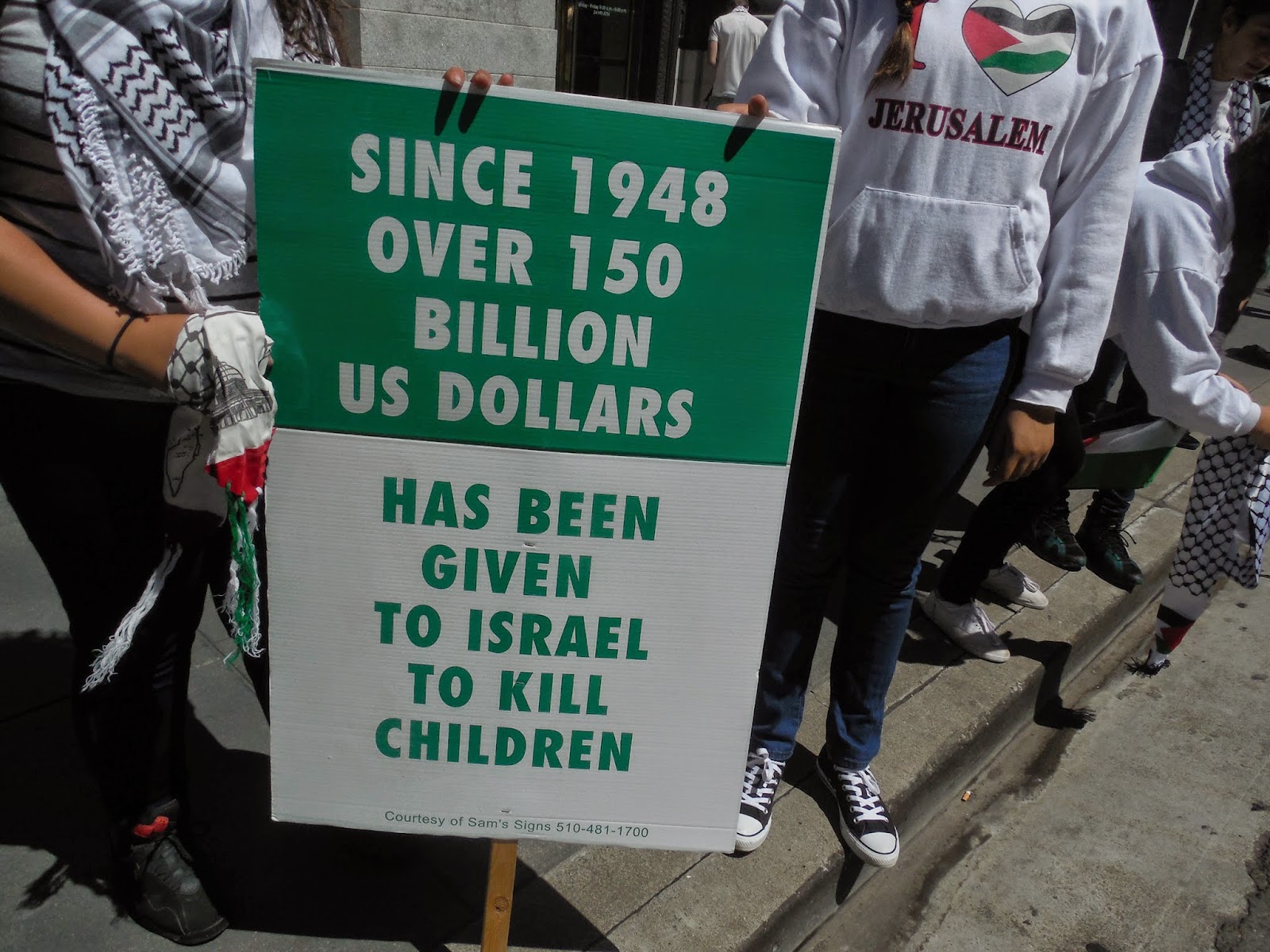 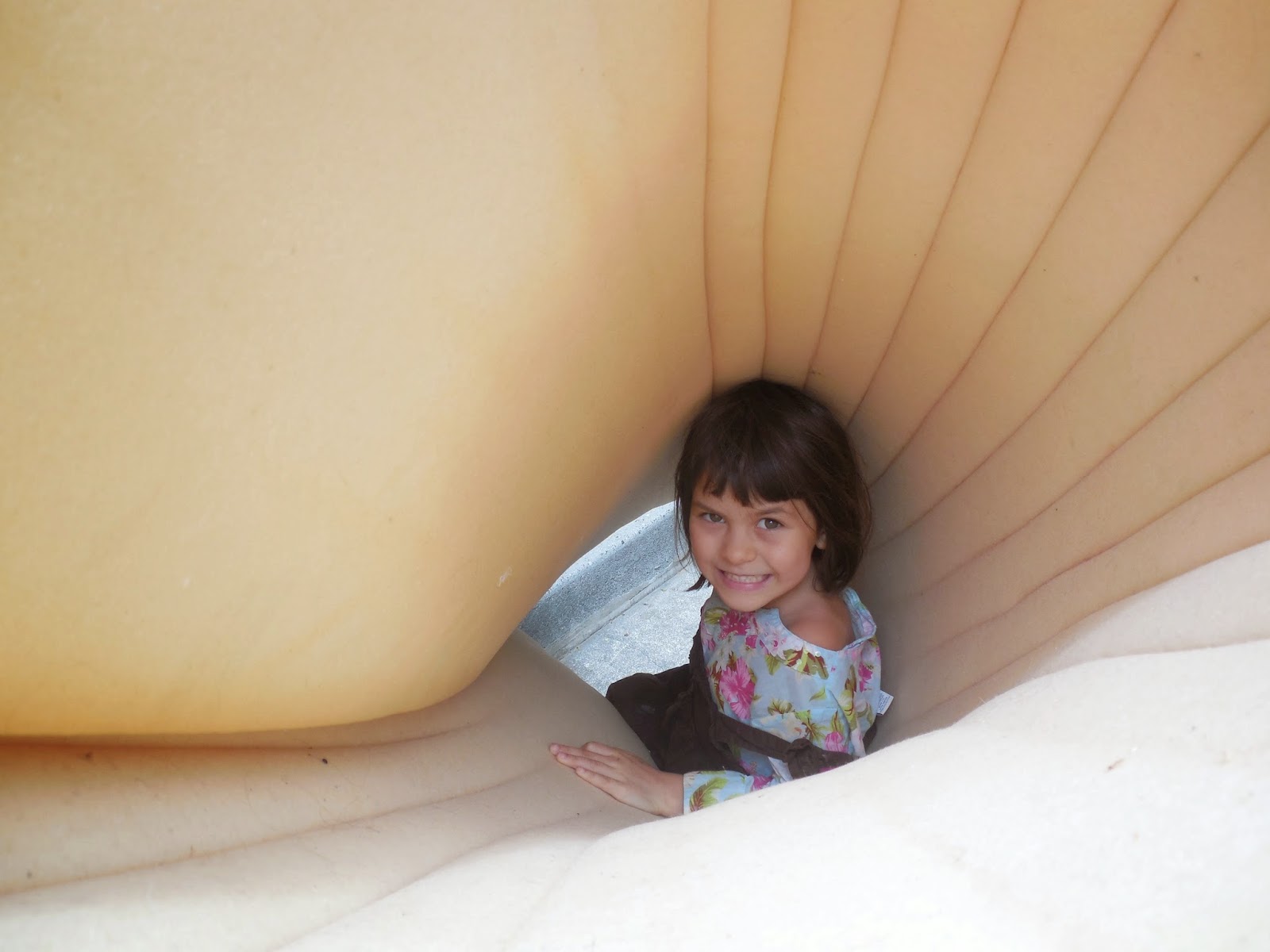 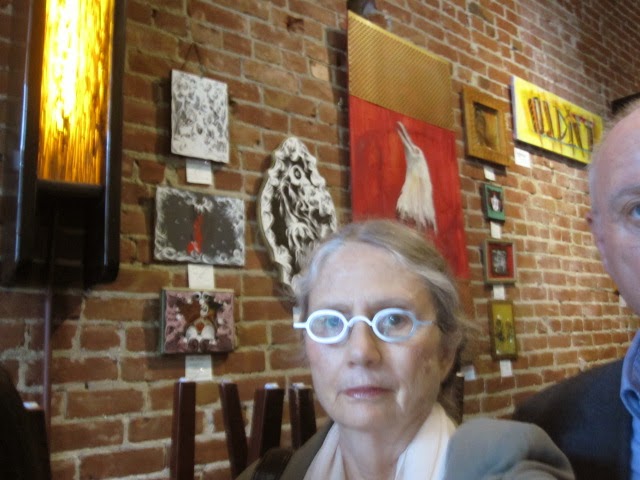 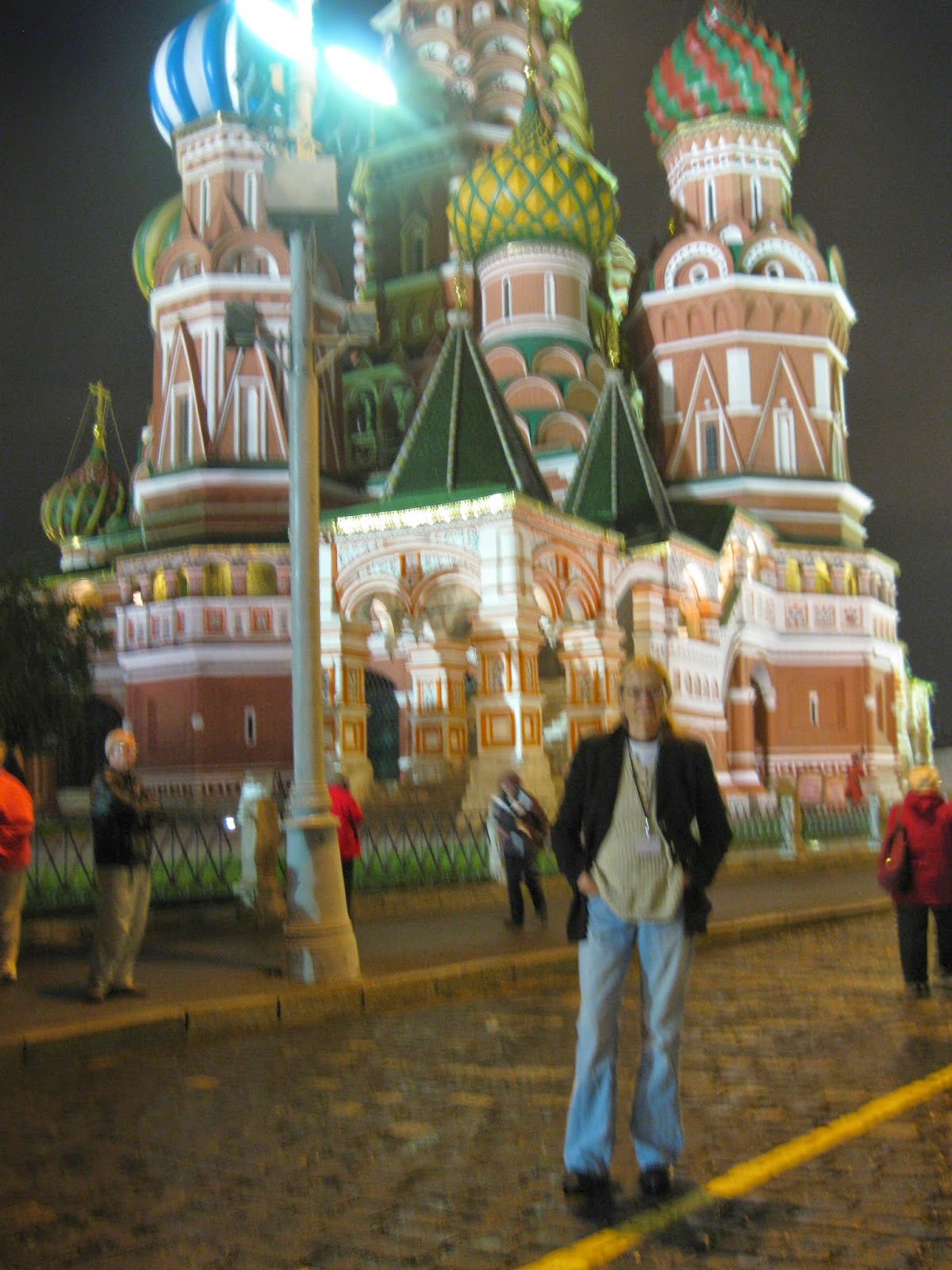 Its ancient history reads like a whole patchwork quilt of disaster stories and its modern history gets even worse.  First there was that insanely terrible Ukraine famine of 1932-33, artificially manufactured by Joseph Stalin in order to forestall a revolt.  And in just those two short years, 25,000 Ukrainians a day died of starvation -- until more than 10 million people were dead.
Then Hitler's Nazis killed 150,000 Jewish Ukrainians at Babi Yar and used eastern Ukraine as a bloody staging area for the siege of Stalingrad.  3.5 million Soviet soldiers died in Nazi prison camps during World War II and many of those soldiers were local boys.  Ultimately, more than five million Ukrainians died fighting Nazi Germany and most of Ukraine's 1.5 million Jews were wiped out.  Poor Ukraine!
Then Chernobyl blew up.  http://jpstillwater.blogspot.com/2009/09/revisiting-two-ukrainian-holocausts.html    Then there was a series of corruption scandals, assassinations, price de-regulations, worker strikes, coal mine explosions and a 3.5 billion deficit to deal with during the 1990s, and the new Ukraine republic was destabilized to the point where its major exports became online porn, mail-order brides and Mafioso types running protection rackets in Sacramento.  http://www.timelines.ws/countries/UKRAINE.HTML    Then there was that famous CIA-backed "Orange Revolution" in 2004, yet another total disaster -- followed this year by Kiev's famous beer hall putsch.    Geez Louise, why can't our CIA ever come up with a plan that Americans can be proud of?    The 2014 neo-Nazi putsch in Kiev, the various resultant slaughters of Resistance fighters in eastern Ukraine and the recent shooting down of Malaysia's MH17 all seem to have one thing in common:  Like any other CIA-backed "nation-building" operation throughout the known world, they are all sort of shadowy, shady and hard to define.  However, I am certainly going to try to define them.     To try to understand the pattern of what just happened in Ukraine, you first gotta to go all the way back to Central America during Ronald Reagan's reign and climb into the mind of John Negroponte -- a one-trick-pony kind of guy whose major contribution to America's international diplomatic policy was the judicious use of snipers and other Trojan-horse-style agitators to initiate various casus-belli false-flag operations.

And since that time when all Hell was unleashed on Central America thanks to John Negroponte (and we still have all those kids at our borders to prove it too), wherever there has been any kind of protests against CIA policy throughout the world, our John's dead-eye sniper dudes would show up on the sly, take out a few key people on both sides and then just sit back and watch the fun as both sides began to tear each other apart.

Negroponte's signature handiwork soon became available in Iraq, for instance, happily starting wars between Sunnis and Shias.      And even before Iraq received the benefit of Negroponte's ingenious full monty, there was also the bloody aftermath of 9-11 -- wherein some crazy Saudi dudes blew up the Twin Towers and Negroponte's homeys then blamed it on Afghanistan.  And we taxpayers are still paying for that one.    And wasn't Negrgoponte's can't-fail modus operandi also employed in Syria too?  And Scotland?  And Gaza?  But I digress.    It's almost 100% certain that Negroponte's brain-children were also at play during the Ukraine protests in Maidan Square last winter too, when both police and protestors were shot at by snipers.  http://www.theguardian.com/world/2014/mar/05/ukraine-bugged-call-catherine-ashton-urmas-paet.  And the result?  Kiev's very own beer-hall putsch and seizure of the government by pro-CIA thugs.  Poor Ukraine.    The breadbasket of eastern Europe and a jewel in anybody's crown is now once again wracked by war and killing and death.  And the Odessa Steps run red with blood.  Again.    "So get to your point, Jane."      What am I really trying to say here?  That perhaps Negroponte and his ballistic-favoring minions have now taken his sniper-attack method of starting conflicts to a whole new level -- and are now using long-range missiles instead of long-range rifles to get the dance started?  And thus shooting down the Malaysia airline and blaming it on Russia or Ukrainian Resistance fighters is an idea that he and/or his CIA buddies would definitely come up with?  Just saying.  PS:   According to several MSM reports regarding the deadly missile that shot down Malaysia MH17, apparently the Russians did it.  Apparently Russian bad guys loaded a BUK missile onto a truck, drove through the night like Humphrey Bogart, arrived in eastern Ukraine, set up the equipment, fired at the plane and then high-tailed it back to Russia, not even stopping for coffee or to blow up anything else on their way back.  http://news.antiwar.com/2014/07/22/us-no-evidence-of-direct-russia-link-to-plane-downing/

That doesn't make any sense.

Russia wouldn't benefit at all from doing something like this -- but who else had means, motive and opportunity?  http://www.globalresearch.ca/the-malaysian-airlines-mh17-crash-financial-warfare-against-russia-multibillion-dollar-bonanza-for-wall-street/5392614  Let's ask our John.  http://www.smh.com.au/world/mh17-crash-we-have-proof-that-russia-participated-in-missile-attack-ukraine-spy-chief-20140720-zuwws.html
And blaming it on Ukrainian Resistance fighters doesn't make any sense either.  They haven't done anything like this before or since.  Why just this one time?

Has anyone asked this one simple question yet?  "Has the Resistance shot anything else out of the sky with missiles besides just this one plane?"  Have any fighter jets, helicopters, dragons, pterodactyls or sea serpents been shot down by the Resistance as well?  Or was it only this just one lucky shot from, perhaps, some out-of-control pissed-off Ukrainian Resistance fighter's high-powered BB gun super-soaker?  http://consortiumnews.com/2014/07/20/what-did-us-spy-satellites-see-in-ukraine/
Posted by Jane Stillwater at 11:01 AM