Madam Jane predicts: The COVID epidemic is finally over! 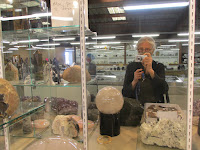 Madam Jane looked into her crystal ball this afternoon and then told me the good news.  "This mask-wearing lock-down nightmare is finally coming to an end!" she happily declared.  Man oh man, that is really good news.
"What finally ended it?" I asked.  "Social distancing?  Hand sanitizers?  Face masks?  Restaurant closures?  The lock-down?  Dr. Fasci?  Trump out of office?  The vaccine?"
"Nope, none of those things," replied Madam Jane.  "None of those things helped at all.  We coulda stopped the COVID epidemic with just soap, water, Kleenex and whole bunch of vitamin D."  You're kidding, right?
"Not at all.  What really stopped this whole epidemic was that too many people finally got extremely pissed off."  Oh.
"Too many people started losing their homes, losing their businesses, watching their friends on Zoom contemplate suicide, feeling helpless while their children struggled with distance learning, and hating being on house arrest for almost a year when it was only spozed to take weeks to 'flatten the curve' -- plus seeing all those statistics about people dying of cancer and heart attacks because they were too afraid to go to a hospital."
But what about all those people who died from COVID?  "Most of them were almost about to die anyway.  COVID has a 99.9% recovery rate and at least three different cures.  So.  The epidemic is finally over now, basically because Americans simply got tired of being afraid -- and decided to get pissed off instead."
And Madam Jane knows all this how?
"From my crystal ball, of course."  Then she looked into her ball again.  "Hmmm.  I can see a whole bunch of other stuff here -- probably nothing that you want to know."  Try me. 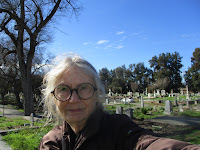 "Well.  The World Economic Forum, better known as the Davos Boyz, just met with that other old-boys' club the Federal Reserve and with the president of China and Bill Gates and Dr. Fasci and Joe Biden.  They had originally thought that scaring Americans into giving up their freedom, their rights, their jobs, their children's futures, their property and their moolah was gonna be a walk in the park."  They did have a point here.  Americans do love them some brainwashing.  Just look at that sorry-arse "war" on Iraq.
"But then all those pesky indie websites," continued Madam Jane, "just kept popping up with more and more 'misinformation' grounded in real science.  FaceBook, Twitter, YouTube and Google kept playing whack-a-mole with these sites but it was still no use.  Alison McDowell and Del Bigtree and Whitney Webb and Robert Kennedy Jr just kept on popping back up.  And when The Highwire showed up on Roku, the Davos Boyz finally realized that their evil scheme had been thwarted.  For now."
Uh, what exactly does she mean by "for now"?
"The Darth Vaders and Voldemorts and Gollums of this world are only biding their time.  Mark my words!  They will try this whole mess again in a few years.  Maybe another plague.  Maybe another so-called war.  Hell, maybe even an alien invasion from outer space.  Not really sure.  My crystal ball has just clouded up.  But whatever they try to scare us with next, they will never stop until...."  Until what!?!?!
But Madam Jane had clammed up.
Resources:
Stop!  Don't take that blue pill!  https://drtomcowan.com/covid-vaccines-are-medical-experiments-on-humanity/?fbclid=IwAR3pwMCssCIabb3lLXibTI9fFqXvpDf3TrDx8ERQxcpbEN-eGKwjPweR01E
Amazing summary of what the Davos Boyz are really up to:https://www.youtube.com/watch?fbclid=IwAR02ZNumKrg6ZbeGQWIF-xzpUIyzRBX0DHTcD7BW3BqNE6YE_BguM9E8eFA&v=cNJRP2PkYCM&feature=youtu.be
Governor Newsom didn't want to confuse the public with the facts:  https://apnews.com/article/sacramento-california-coronavirus-pandemic-gavin-newsom-38bb44ea7cb39eab9f6f6c621daeaf10
Stats section starts with Spain data, a country supposedly hard hit by the virus:  https://twitter.com/DDawgly/status/1353475194980102145
And Sweden numbers: https://lockdownsceptics.org/2021/01/24/
And in Denmark:  https://twitter.com/ohboywhatashot/status/1353409106141343745
And, in Holland,….
https://twitter.com/timesuppeople/status/1353439745091620864
And Holland again:  https://twitter.com/FatEmperor/status/1353459746783846405
Ivermectin works:  https://lockdownsceptics.org/2021/01/24/
Great Reset: (virtual) Return to Davos, where the idea started:  https://lockdownsceptics.org/2021/01/24/
Next Week’s Davos Guest List: 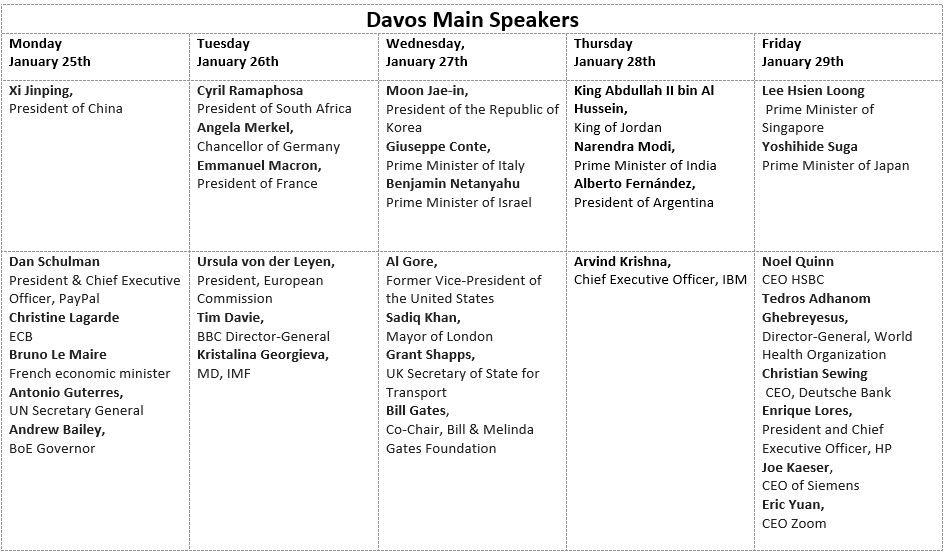 Stop Wall Street and War Street (and Big Pharma) from destroying our world.   And while you're at it, please buy my books.  https://www.amazon.com/Jane-Stillwater/e/B00IW6O1RM
Posted by Jane Stillwater at 7:02 PM