I'm off to Texas tomorrow.  Going to stay with a friend in Dallas for a few days, and also try to pitch my latest murder mystery at a book conference as well.  And I'm also going to find myself in the heart of the American oil industry, in that great state that gave us Texaco, James Dean in Giant, fourteen major Houston oil refineries and two of the most corrupt and mendacious presidents we've ever had -- George Bush and George Bush.

And then there's the northeastern state of Deir Ezzor, located in Syria.  It's got oil too.  And President Trump has just announced that Deir Ezzor's oil is actually America's oil.  Who knew?  https://thegrayzone.com/2019/10/23/us-troops-staying-syria-oil/

But does this mean that all the oil in Texas now belongs to President Assad?  Is there a quid pro quo at work here too?  I'm about to go to Dallas and find out.  https://caitlinjohnstone.com/2019/10/25/we-want-to-keep-the-oil/ 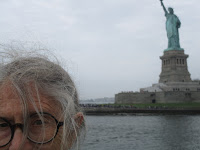 Hell, America should have been kicked out of the UN way back when Kissinger invaded Cambodia!  Remember Angkor Watt?

But America doesn't ever have to worry about a quid pro quo with Syria with regard to antiquities.  Why?  Because America doesn't even have any UNESCO world heritage sites built in the post-colonial era -- unless you count Las Vegas of course.  And the Statue of Liberty.  But Americans mostly ignore the Statue of Liberty these days.  Maybe the Syrians might be more entitled to it than us right now.  At least they are willing to fight for their freedom.

Maybe "Remember the Alamo" should be Syria's motto too.  Or at least "Remember Deir Ezzor!"

Stop Wall Street and War Street from destroying our world.   And while you're at it, please buy my books.  https://www.amazon.com/Jane-Stillwater/e/B00IW6O1RM
Posted by Jane Stillwater at 2:22 PM