Thank goodness for FaceTime.  Thank goodness for Skype.  And even Twitter, YouTube and Instagram aren't really all that bad if you want to get the real news about what is really going on in this world.  https://www.youtube.com/watch?v=qxPepA-Jwr8

My friend Gabriella just Skyped me from Quito, Ecuador.  "What the freak is going on down there," I asked her.  Ecuadorians have staged massive protests there for the last 14 days.

"People here in my country are just sick and tired of being ripped off by international bankers, corrupt presidents and global corporations out to make a huge profit at our expense."  Hmmm.  Sounds like what is happening here in the USA too -- only with one big exception.  Salt-of-the-earth Americans never seem to mind getting ripped off.

All you gotta do here in my country is tell the American "common man" that he's just a victimized down-trodden victim of "latte-drinking liberals" and they will instantly allow you to commit any economic horror on them that you can think of -- fleece their paychecks, rob them blind, steal their homes and even turn their children into mindless numb robots and set their grandmothers afloat on icebergs.

Yet nobody here in America even seems to notice that they are being screwed royally by the neo-con country-club set -- let alone actually protest.  Not only that but America spends billions, trillions of dollars trying to defeat countries that oppose its shoddy American empire -- yet won't spend hardly a penny to help those truly in need such as women without access to healthcare in Alabama or victims of home repossession in Ohio or hurricane victims in Florida and Puerto Rico.  https://www.goodreads.com/book/show/29058214-the-dirty-war-on-syria-washington-regime-change-and-resistance

"No one in Ecuador," said my friend, "ever trusts the local news -- which lies through its teeth, falsely reporting that all us thousands of protestors are taking to the streets in support of the corrupt president, the bankers and the IMF, not against them." 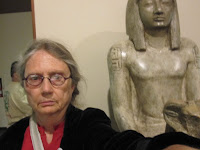 Boy does that sound familiar.  Didn't something similar to that just happen in our own mainstream media with regard to protests in Venezuela, Syria, Egypt, Yemen, Palestine, et cetera?  Where protestors in these countries all support the working class but the press here in America reports that the protesters are supporting banksters instead?  Or that banksters and crass invaders are actually the good guys?  https://jpstillwater.blogspot.com/2019/10/union-maid-my-wonderful-visit-with.html

But, trust me, something like the current Ecuadorian protest won't ever happen here.  There will never be any mass protests by working-class heroes against corrupt banksters here.  Sometimes I think that America's working class is totally composed of masochists.

"They are shooting rubber bullets at protestors," continued my friend, "aiming straight for their eyes.  The indigenous people are suffering the brunt of these attacks.  But still we keep protesting despite the danger because all of the people down here are really pissed off.  Correa was an exception, but now Moreno is trying to side with the IMF, choosing money over country.  We've seen far too many of our presidents just take the money and run." http://syriangirlpartisan.blogspot.com/ 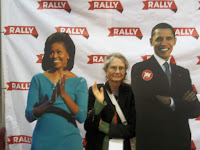 That happens here too.  George Bush for instance.  But nobody here in America never seems to remember or even to mind that we Americans are constantly being victimized and scalped by shady politicians, war-profiteers and banksters.  The Average Joe here just wants to have a beer with Bush or shake hands with Clinton or go to a Trump rally or fondly reminisce about Reagan or Obama.  Or even about Nixon!  Although nobody ever wanted to have a beer with Nixon.
https://www.youtube.com/watch?time_continue=208&v=lKZqu61IbFI

"We are stockpiling food here," said my new on-the-ground citizen-reporter in Quito.  "I have enough food for three days."  That sounds just like what recently happened in northern California when PG&E cut off electricity to 3,000,000 people -- and once again, even in NorCal, nobody seemed to object or to even mind.  https://jpstillwater.blogspot.com/2019/10/powering-off-pg-just-shot-itself-in.html

"What do you expect the results of all this will be?" I asked my friend.

"There are negotiations going on now.  We're getting the 'austerity measures' ended.  All these protests are actually working!"  Good.  People power saves the day!  Banksters, carpetbaggers and grifters of Equator, be gone before someone drops a casa on you as well!  https://www.theguardian.com/world/2019/oct/14/ecuador-protests-end-after-deal-struck-with-indigenous-leaders

Ah, if only we had that kind of people power here in the United States too....

Every single working man and woman in all 50 of our so-called united states should be out on the picket lines supporting General Motors strikers.  But they are not.  Let's do something about that!  https://solidaritycenter.ourpowerbase.net/civicrm/mailing/view?reset=1&id=160

Stop Wall Street and War Street from destroying our world.   And while you're at it, please buy my books.  https://www.amazon.com/Jane-Stillwater/e/B00IW6O1RM
Posted by Jane Stillwater at 10:12 AM