Face it, guys.  Back in the 1960s and 1970s, you and I were all brainwashed into paying out unimaginable amounts of $$$$ -- just for the pleasure and privilege of losing that phony American "war" on Vietnam.  And since then we've also paid through our teeth for the supreme privilege of losing all those other phony American "wars" on Libya, Syria, Iraq, Terror and Drugs.  We lost them all big-time.  And we have paid and paid and paid endlessly for the opportunity to do so.

And now we're just about to lose that 17-year phony "war" on Afghanistan as well.  Apparently the Taliban now control almost everything outside of Kabul. https://www.rt.com/op-ed/450170-afghanistan-withdrawal-troops-us/

You and I, every single one of us, could have bought ourselves a Cadillac, a designer outfit and a yacht each instead of what we actually got for our money -- the right to be called "losers" by the rest of the world.

You and I have also paid out billions and billions and billions of dollars to Zionists in the last 70 years -- so that they could commit genocide on poor innocent Palestinians whose only crime has been to get all pissed off after being murdered, bombed, tortured, occupied and imprisoned in their own country by Zionists for the past seven bloody decades.

And, frankly, we have backed the wrong horse here too.  Even while profligately and shamelessly throwing our money around like it was Kleenex, those freaking incompetent Zionists still haven't been able to defeat the Palestinians -- even after 70 freaking years!  The Palestinians are still winning that "war".  I mean seriously.  How hard can it be to accomplish a criminal and genocidal final solution against village children armed with rocks?  "Losers."

And now you and I are about to lose yet another phony "war" too -- the one on Venezuela.  Do you honestly think that Venezuelans (and all Latin Americans too for that matter) are just going to happily sit still and give up their oil and their freedom without a long, protracted fight?  I think not.  Let's prepare ourselves for yet another 17-year (or 70-year) phony "war" down south as well.  https://www.commondreams.org/views/2019/02/04/venezuela-uss-68th-regime-change-disaster

Latin Americans are already pissed off about US interference in Haiti, Chile, Panama, Columbia, Mexico, Uruguay, Bolivia, Brazil, Ecuador, Nicaragua, Argentina, Honduras, Guatemala, Paraguay, Grenada, El Salvador and Cuba.  Hell, they are still pissed off about all those American lies leading up to the 1898 Spanish-American War.  This phony attack on Venezuela just might be the last straw.  http://www.intrepidreport.com/archives/26073 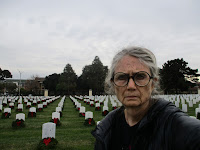 But who the freak actually does win all these "wars" that we Americans have paid for and lost?  The Viet Cong?  The Taliban?  Drug lords and terrorists?  The Syrian people?  Al Qaeda?  Well, yeah, I guess.  Maybe.  Some of them.  But the real winners in all of these stupid, cruel and wasteful American "wars" are the weapons manufacturers, global elites, international banksters and other sleazy con-men who run the American empire, and they have clearly scammed the rest of us into paying for their "wars" -- like we were some dumb hick marks at a small-time carnival sideshow.   Easy to fleece.

And we continue to let them do it -- over and over again.  Like "Groundhog Day".

Isn't it time that we finally stop falling for this same obvious con-game and use our money on ourselves for a change instead of using it to become pathetic "losers" yet again -- this time in Venezuela.  https://consortiumnews.com/2019/01/29/the-making-of-juan-guaido-us-regime-change-laboratory-created-venezuelas-coup-leader/

Stop Wall Street and War Street from destroying our world.   And while you're at it, please buy my books.  https://www.amazon.com/Jane-Stillwater/e/B00IW6O1RM
Posted by Jane Stillwater at 1:50 PM